KUALA LUMPUR: The 12th Malaysian Plan (12MP) will be a detailed roadmap to ensure a higher quality of living among Malaysians by 2025, says the Prime Minister.

In order to achieve the 12MP goals, the entire nation would be galvanised into making it a success by 2025, added Datuk Seri Ismail Sabri Yaakob (pic).

“It would be an unprecedented approach,” he said.

The 12MP would harness the Malaysian Family spirit, involving all government agencies, industry players as well as society, to make it a reality, he added.

However, he said the transformation targets aren’t merely about generating national wealth.

“Instead, they are to overcome several structural economic problems, to prepare a future workforce, to increase the harmony of Keluarga Malaysia (the Malaysian Family) and to reduce development gaps between states.”

Apart from that, there would be more efficient methods in delivering services to the people, he said during the tabling of the 566-page document in Parliament yesterday.Ismail Sabri said the government would focus on ensuring growth in several strategic and high-impact industries such as electric and electronics, global services, aerospace, halal food, creative, tourism, biomass, and smart farming.

He said the aim was to introduce clearer policies and legislation, as well as a more conducive business environment to ensure quality investments.

“In line with the Fourth Industrial Revolution (IR4.0), the manufacturing sector is expected to shift towards the production of high-added value products and the Malaysian industry is an important player in the global supply value chain.

“The farming sector will also be improved using smart technology in order to increase productivity and the level of food security in the country.”

Ismail Sabri also said international trade would be strengthened by identifying new markets and products, while international trade cooperation will be encouraged through the ratification of free trade agreements such as the Regional Comprehensive Economic Partnership (RCEP).

He added that transformation would be ensured among the 1.2 million micro-SMEs (micro, small and medium enterprises) across the country.

“Micro-SMEs are the backbone of the country’s economy. However, a big portion of micro-SMEs needs to be empowered after being affected by the pandemic.

“Therefore, the government is committed to continuing to support recovery among the micro-SME community.”

With the implementation of several projects under the 12MP, he said he was confident that Malaysia would be able to achieve an average growth of 5.2% in the services sector, 5.7% in manufacturing, 3.7% in farming, 2.6% in the mining sector, and 4.2% in construction from 2021 to 2025.

“For the badly affected tourism industry, it is expected to recover with the rate of 3.8% growth and micro-SMEs are able to contribute 45% to the GDP and 25% to total exports by 2025.”

The Minister in the Prime Minister’s Department (Sabah and Sarawak Affairs) said there was much focus given to less developed states, as well as outstanding claims under the Malaysia Agreement 1963 (MA63).

“The Prime Minister’s assurance on resolving outstanding issues and claims stipulated under the MA63 shows that the Federal Government means business in resolving the perennial development and basic needs problems faced by Sabah and Sarawak,” he said in responding to the 12MP.

He said never before in previous Malaysia Plans had such focus been given to Sabah, Sarawak and the MA63.

E&E to make big contribution to GDP in 12MP 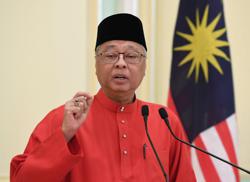