KUALA LUMPUR: Over 6,000 complaints of online bullying and sexual harassment were among the cases investigated by the Malaysian Communications and Multimedia Commission (MCMC) since the beginning of last year, says Tan Sri Annuar Musa.

"From 2020 to July this year, the MCMC received 6,598 public complaints in general related to online harassment," the Communications and Multimedia Minister said in a written reply to Syed Ibrahim Syed Noh (PH-Ledang) in the Dewan Rakyat on Monday (Sept 20).

He said the complaints were generally in relation to, but not limited to, online bullying, sexual harassment, threats and causing fear.

He added that there were also complaints on the abuse of personal information or the use of personal photographs to oppress and stalk certain individuals.

He said all the cases were investigated under Section 233 of the Communications and Multimedia Act that prohibits the spread of false, pornographic, threatening and harassing content.

Of the complaints, he added that 213 were investigated by MCMC for abuse of social media and seven of these were prosecuted in court.

Apart from this, Annuar said complaints were lodged via the Cyber999 line which is managed by CyberSecurity Malaysia (CSM).

He said 219 complaints were lodged last year related to online sexual harassment and 131 were lodged this year up to July.

He added that the complaints were forwarded to the relevant enforcement authorities for further action.

To address this issue, Annuar said 39 cybersecurity awareness talks involving 21,491 participants from several sectors of the community were organised.

He said this excluded the launch of the SiberKASA campaign in March to further create awareness on cybersecurity and the development of a safer ecosystem. 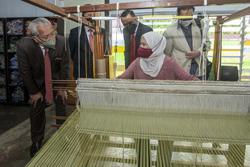