In expressing his sadness and shock over Wong’s death, Dr Wee also offered his condolences to the family of the veteran journalist who had previously been with The Star for 29 years.

“He was Malay Mail’s editor-in-chief and The Star’s former Seremban bureau chief and executive editor.

“A longtime news media veteran and a true mentor to many of our current generation of journalists. He will be dearly missed by many.

“I want to wish his family strength and offer my condolences to them during this difficult time. Rest in peace, Wong, ” said Dr Wee, who is also MCA president.

Early Friday (May 14) morning, Wong, who was editor-in-chief of Malay Mail, died at Subang Jaya Medical Centre (SJMC) after being admitted for heart-related issues shortly before that. He was 59.

The Seremban-born Wong started out as a reporter with The Star in 1984 before rising to become its Seremban bureau chief, national senior news editor and executive editor.

He left the company in 2013 and in July that year, joined Ancom subsidiary Redberry Sdn Bhd as its director of special projects. He was promoted to be CEO in 2015 to head the group’s media division.

In January 2018, he was re-designated as group chief media officer. 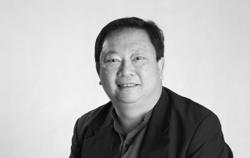