PETALING JAYA: Yang di-Pertuan Agong Al-Sultan Abdullah Ri'ayatuddin Al-Mustafa Billah Shah has expressed condolences to the family of Malay Mail editor-in-chief Datuk Wong Sai Wan (pix) over his death on Friday (May 14) morning, saying that it is a great loss to journalism.

“The Yang di-Pertuan Agong expresses condolences to the entire family of veteran journalist Wong who passed away this morning.

“His Majesty also expressed sadness with his passing and hoped that his family can remain calm and resilient in facing these challenges, ” said Istana Negara in a statement Friday.

The King also noted Wong's contributions to journalism since he started his career with The Star’s Negri Sembilan bureau in the 1980s.

“He was also a correspondent for The Star in Hong Kong and he later held the executive editor position before being appointed as Malay Mail’s chief editor.”

Wong died at the age of 59 after being admitted to the Subang Jaya Medical Centre (SJMC) for heart-related issues on Friday morning.

Wong, who was born in Seremban, started his career as a journalist with The Star in 1984.

He started out as a journalist and went on to become the Seremban bureau chief, senior news editor and executive editor, before leaving in 2013.

In July 2013, he joined Ancom subsidiary Redberry Sdn Bhd as director of special projects, before being promoted to CEO in 2015, heading the group's media division.

In January 2018, he was re-designated as group chief media officer. 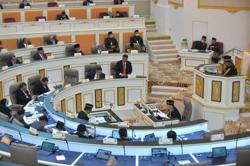 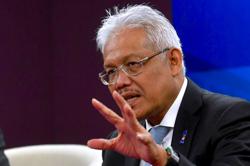