KUALA LUMPUR: Umno wants to be the striker and the captain in running the country, says party deputy president Datuk Seri Mohamad Hasan.

"We want to be the striker and the captain. We are not used to being followers. After 60 years of leading the country, we have a very good track record and we need to convince others that there is no better party to lead than Umno," he said

Speaking to the media after delivering his opening address at the Umno general assembly on Saturday (March 27), Mohamad said that there is no better party to lead the country than Umno and that the premiership belongs to it.

He also said the Prime Minister's post is for Umno and when asked who would be the party's candidate for the premier post, Mohamad quipped: "You are looking at him."

His reply drew laughter from the floor but he returned to a more serious tone when he said certain areas in the party need to be rectified as Umno works to regain its victory.

Mohamad said Umno needs to put its house in order first, noting that there are hidden enemies everywhere.

"We cannot have anything holding us back. How can we shift gears if our foot is stuck on the pedal," he said.

He assured that even Umno is the leader, the welfare of people of all races will be taken care of.

"We won't only take care of the Malays but everyone. We cannot play favourites," he said.

Separately, Mohamad said Umno aims to win at least 80 seats in the next general election.

He also said discussions on seat allocation with its Muafakat Nasional ally Pas are still being discussed.

On Umno's relations with Pas, Mohamad said the party hopes to retain their collaboration.

Mohamad said he will also be going to various states after the general assembly to assess the level of preparedness of each Umno division to face the election.

"We are very much ready (for it) but we don't want to take things for granted and I want to see their preparedness for myself," he said. 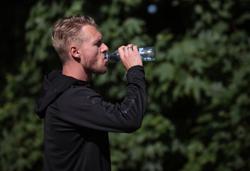 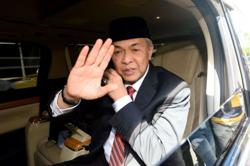