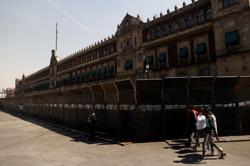 SEREMBAN: Age is no barrier in the pursuit of knowledge, and senior citizen Salman Ahmad is living proof that anyone can do it if they put their heart and soul to it.

At the golden age of 65, he is determined to sit for the Sijil Pelajaran Malaysia (SPM) examination for the first time.

He is among 645 private candidates, out of the total 16,554 SPM 2020 candidates in Negri Sembilan, who sat for the examination which started yesterday.

Salman, the former deputy director of Tourism Malaysia who retired in 2012, said he wanted to prove to society, especially the younger generation, that age was no barrier for individuals to acquire knowledge and achieve success.

“I first took the Malaysia Certificate of Education (MCE) examination in 1973, when all the subjects were in English, then I continued my studies at Institut Teknologi Mara in the field of public administration. So now I want to take up the challenge of sitting for the SPM as well.

“I also want to set an example and be a motivation to my grandchildren. Age is no barrier to learning, the pursuit of knowledge is a lifelong process, ” he said after sitting for the Bahasa Melayu Paper 1 at SMK King George V here.

Salman said his desire to sit for the public examination surfaced last year, but he had to postpone his intention following the outbreak of the Covid-19 pandemic.

The Negri Sembilan native said he bought some revision books since last year and his younger brother, a teacher, guided him, besides also learning online.

“My family gave me a lot of support and encouragement. I am not shy, I am not surprised by what people say. As the saying goes, you’re never too old to learn, there is no end to it – from the cradle to the grave, ” he said.

In the meantime, the father of two said that besides taking Bahasa Melayu, he also took English and History and intended to take the other subjects next year based on his results in the 2020 SPM.

A total of 401,105 candidates nationwide are sitting for the 2020 SPM examination in the new norm, with a strict SOP in place.