KOTA KINABALU: The mysterious explosion heard by many in Sipitang, Labuan, Lawas (Sarawak), and parts close to these areas on Sunday (Jan 31) could have been a sonic boom or a meteorite which exploded in mid-air.

The PABD then issued a notice seeking eyewitness accounts of the phenomenon, which is believed to have occurred at about 11am.

Some Bruneians later shared their experiences and uploaded blurry pictures of what appears to be a fireball trailing smoke to PABD's Facebook page.

A Sabahan in Brunei, Joey Yong, said she heard something like extremely loud thunder but did not know what it was.

The accounts from these witnesses may be found here: https://bruneiastronomy.org/web/2021/01/exploded-fireball-thrills-brunei/#more-8406.

Earlier, authorities in Sabah, including the navy, police and fire brigade, said they did not receive reports of any incidents that could have caused the blast.

Sabah Meteorological Department director Amir Zudi Hashim said the department did not record any seismic activity that could have caused the sound.

People in Sabah who claimed to have heard the blast said they felt the earth shake when the explosion was heard. 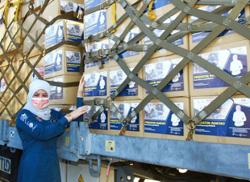