China’s FAST telescope has deepened the mystery surrounding the origin and nature of cosmic explosions known as fast radio bursts after detecting features that cannot be explained by existing physical models.

Fast radio bursts, or FRBs, are powerful flashes of radio waves from deep space that only last for milliseconds, but they generate as much energy as the Sun does in a year.

The first fast radio burst was discovered in 2007, and since then, hundreds of these cosmic flashes have been detected. However, their origin and physical nature remain unclear.

Previous studies have suggested that the first fast radio burst detected from the Milky Way had originated from a magnetar, which is a highly magnetic neutron star.

But recent observations by Chinese and American scientists have challenged the prevailing understanding of their origin and physical nature.

“These observations brought us back to the drawing board,” Zhang Bing, an astrophysicist with the University of Nevada, Las Vegas, said in a statement.

“It is clear that FRBs are more mysterious than we have imagined. More multi-wavelength observational campaigns are needed to further unveil the nature of these objects.”

The observations were made between April and June last year using the massive FAST telescope in the southwestern province of Guizhou. The team was led by scientists from Peking University and the National Astronomical Observatories of China.

In their findings, published in Nature on Wednesday, they discovered irregular, short-time variations in the Faraday rotation measure, an important tool in the measuring of magnetic fields. Previously scientists had believed these rotations to be constant.

“The variation means the surrounding environment is very complicated. The density of particles and the magnetic field changes quickly,” Wang Fayin, a co-author of the study and a professor with Nanjing University’s school of astronomy and space science, said.

To observe the host galaxy of the FRB, the team also made use of the Keck telescopes located at Mauna Kea in Hawaii.

Zhang said it had been thought that young magnetars would only be found in active star-forming regions of a galaxy, but the FRB is in a region where no such activity takes place.

It had also been assumed that FRBs exist in regions of galaxies with a high stellar density, but the research team found the FRB source did not reside there, providing new clues to their origin.

In a separate study published in Nature Communications, Nanjing University’s Wang proposed that the fast radio burst source might originate from a binary system containing a magnetar and a high-mass Be star, which is a heterogeneous set of stars.

He said this new model provides important clues to explain the origin of fast radio bursts, and it could also explain three other recently discovered FRBs. 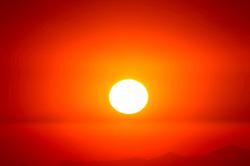