GEORGE TOWN: A sports enthusiast got a rude shock when he found out that his body could not take the pressure from exercising after a three-month hiatus.

Avid cyclist Jason Wong, 39, said he almost blacked out when he cycled uphill after the movement control order.

“I was only able to reach 70% of my normal capability and my heart started pumping rapidly.

“After I got up and over the hill, my head was spinning and I stopped by the roadside immediately.

“I almost blacked out. I could have just fainted halfway if I didn’t stop fast enough. It took me about 15 minutes to recover after suffering cold sweat and dizziness.

“If we stop exercising for a period of time, we have to expect our heart, body and muscles to start from zero again, ” said the shop manager.

“When you call 999, the Medical Emergency Coordinating Centre will ask you a few questions to help identify if it’s a cardiac arrest case, or not.

“Then, they will try to get you to the nearest automated external defibrillator (AED).

“While waiting for the rescue team to come, they will teach you how to perform hands-only cardiopulmonary resuscitation through the phone, ” he said.

Sudden cardiac arrest is the abrupt loss of heart function, breathing and consciousness.

The condition usually results from an electrical disturbance in your heart that disrupts its pumping action, stopping blood flow to your body.

If not treated immediately, sudden cardiac arrest can lead to death.

Dr Tan said with fast and appropriate medical care, survival was possible for the victim. “Giving cardiopulmonary resuscitation with the aid of the defibrillator can improve the chances of survival until emergency workers arrive, ” he said.

“These symptoms may not show while people were sedentary at home during the MCO but can be triggered when they resume exercise and over exert themselves; putting themselves at risk of a heart attack, ” said Dr Wong, who is a consultant interventional cardiologist.

In some cases, cardiac arrest occurred in those with a weak heart, he said.

Heart disease risk factors must be controlled before engaging in any strenuous exercises, he said, adding that it is advisable to gradually build up fitness again.

“So far, we received three cases involving two hikers and a runner.

“Two cases were on the island at the Penang City Park and Ayer Itam dam while an elderly man died while hiking at Cherok To’kun Hill in Bukit Mertajam. The victims were aged between 49 and 70.

“There were also several cases of people getting injured while hiking up hills, ” he said.Lim hoped that more AEDs would be installed at public parks and hiking trails, so that more lives can be saved.

“With more AEDs at the recreational areas, first-hand aid can be provided immediately to the victims, ” he said. 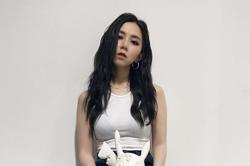