James Masing: Do not take Sabahans, Sarawakians as fools by proposing Shafie for PM

The Parti Rakyat Sarawak president said that it is shameful for former prime minister Tun Dr Mahathir Mohamad to think that he can fish for votes from Sabah and Sarawak MPs.

"I know that Shafie is a good and capable leader, but do not take Sabahans and Sarawakians for fools by proposing him as the PM after the 15th General Election in order to get the two East Malaysian states to support him for his proposal," said Masing.

"There is no way Malaysian voters would accept it! I ask Dr Mahathir to stop playing politics and get real for once," added Masing in text messages to The Star when contacted on Sunday (June 28).

He also said that Sabahans will remember that Dr Mahathir had broken his promise on the rotation of Sabah Chief Minister, which he himself introduced in 1994 but did not adhere to by endorsing Shafie as the Chief Minister when Pakatan won Putrajaya in 2018.

"My words of advice to Sabahans, please remember these words: You fool me once, shame on you. You fool me twice, shame on me. You were fooled once by Dr Mahathir on the two-year rotation for the Chief Minister in Sabah.

You were fooled for the second time for Sabah when he said Shafie is to be (the choice for) PM by Dr Mahathir after GE15. Cukup (Enough) lah," said Masing.

He was earlier reported to have said that choosing Shafie is "the biggest joke of the century".

Pakatan Harapan Plus is the moniker for Pakatan parties and the splinter group of Parti Pribumi Bersatu Malaysia supporting Dr Mahathir in the opposition with Parti Warisan Sabah.

Under the Barisan Nasional Chief Minister rotation introduced by Dr Mahathir in 1994, the system rotates the post among the Muslim, non-Muslim bumiputra and Chinese communities every two years. 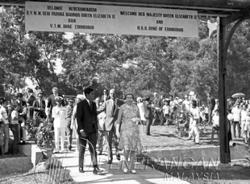