“It looks like Tun Mahathir is trying to divide and rule between Anwar and Shafie, ” he said when asked about Dr Mahathir’s proposal to make Shafie as Pakatan Harapan's choice as Prime Minister.

Bung said these political moves by Dr Mahathir was because he does not have the support from PKR.

He was also puzzled with Dr Mahathir’s proposal for Shafie to be Prime Minister, when Tan Sri Muhyiddin Yassin was already Prime Minister.

“Is he (Tun Mahathir) suggesting that Shafie is the new Prime Minister, ” he said.

“I don’t know what’s in Dr Mahathir mind, because to change the Prime Minister, you must have the majority and get the consent of the Agong, ” he added.

Shafie has yet to comment on Dr Mahathir’s proposal.

Meanwhile, Parti Warisan Sabah vice president Datuk Junz Wong said that it was the right time for a leader from east Malaysia to lead the nation.

He said Shafie fits the bill, as he served seven federal ministries over 30 years before becoming Sabah Chief Minister in 2018.

“He has got vast experience as a federal leader, ” he said, adding that there was no reason for anyone to reject a leader from east Malaysia. 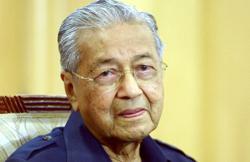 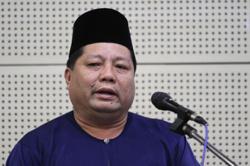