MELAKA: A stockpile of food packages meant to be distributed to the needy here was ruined after it was attacked by pests.

HJe said he only discovered the items were destroyed at about 6.40pm on Wednesday (April 22) when he was closing up his service centre.

"The food kits were meant to feed Bangladeshi and Nepali workers during the movement control order (MCO)," said the former state health and anti-drug committee chairman.

Low said some other food packages that were supposed to be delivered to villagers were also ruined.

"These items were given to me by local companies and food distributors," he said.

Low added some of the undamaged packages were taken elsewhere and that he would hire a pest control company to deal with his rodent problem.

Meanwhile, Melaka health and anti-drug committee chairman Rahmad Mariman warned people in the state to ensure any food they have are protected against pests like rats, cockroaches and houseflies.

"Inspection for cracks or holes in walls, unfilled voids around pipework and checking dried foods for pests before distribution should be done to ensure there is no contamination," he said on Thursday (April 23).

Rahmad said any food items damaged by pests must not be distributed. 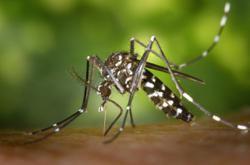