Chun at a workshop for NGOs pre-MCO.

PETALING JAYA: Funding and volunteers are a fact of life for a non-governmental organisation (NGO). So while the aid giver can be relied on to help the needy, who can the aid provider turn to when it needs a helping hand to keep going?

Giving help to those who help, best describes what NGOhub does. Explaining its role, managing director Chun Wah Hoo said the outfit started operations in 2016. It is a project by Sols 24/7 Foundation which has provided free education and social empowerment programmes to underserved communities for 20 years.

“We help NGOs to get funding, ” said Chun.

One of the ways is through crowdfunding.

During this period of movement control order (MCO) when conventional fundraising methods of charity dinners and bazaars are out of the question and visitors cannot drop off provisions at welfare homes, the online platform becomes the only option. And taking that step is even more urgent now as the communities that need NGOs’ help swell. 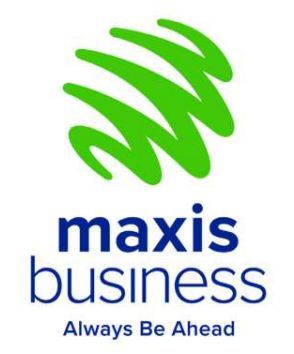 Chun said NGOhub taught NGOs how to build online platforms to do crowdfunding and find donors as well as volunteers.

Among the guest trainers were personnel from Facebook who taught new NGOs how to create and drive traffic to their webpages.

“A lot of people do not realise that setting up a social media page is just 5%. The rest is about getting people to see the posts, how, when and where to put it, how to share it on other social media platforms and establishing a connection to get the audience to share the posts, ” explained Chun.

He said participants from NGOs also learned how to manage communication threads using apps and the importance of branding to help in raising funds.

He highlighted that online crowdfunding suited NGOs as the set-up cost was low.

He thinks the conventional method may still not be feasible even after the MCO is lifted because the public and authorities will be taking a cautious stand for the rest of the year on large crowds gathering in one place.

“However, people are actively making online donations, ” he said and expressed confidence that they would continue doing so.

The online platform and crowdfunding, he said, would be the projected way for NGOs to raise money.

Five hundred NGOs have registered with NGOhub, of which 22 have been listed as beneficiaries in its campaign to help those affected by the MCO.

According to Chun, the campaign goal is to raise RM100,000 to help the NGOs maintain operations and continue distributing food to old folk’s homes, orphanages, B40 group, refugee families and children who have been left vulnerable after their parents are stricken with illness.

He said roughly 30% of the targeted sum had been reached so far.

He noted that despite the challenging times, surveys found Malaysians to be most generous in giving, as long as the NGOs showed themselves to be accountable.

“In some causes where there is celebrity presence, donations garnered online can run up to seven figures, ” he added.

Chun said NGOhub would hold at least 12 free training programmes in a year.