The Perak Mentri Besar said 32 assemblymen will now be aligned to Perikatan Nasional, following the footsteps of the Federal Government.

“I am very sorry that the media and the people of Perak had to wait for so long before the announcement was made.

“But in order to have a more stable government, we must not rush.

“People will say I am a traitor, but is an open secret that some who were sitting in the exco line-up (Pakatan) had intentions to bring the MB down, ” he told a press conference at a hotel here on Monday (March 9).

Perikatan Perak consists of 25 Umno representatives, three from PAS and four Bersatu members now. There are a total of 59 state seats.

On whether he (Ahmad Faizal) would still be the Mentri Besar, he said that for now, he would still helm the post.

“The leaders of the three parties will submit the names of the Mentri Besar of their choice to the Sultan of Perak.

“Thus all of us will follow and adhere to the decision of the Sultan, ” he added.

Saarani said the process had been carried out accordingly.

“It is better late than never, ” he said in response to why it took them so long to form the state government. 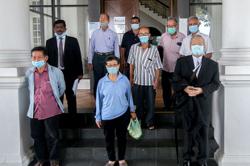 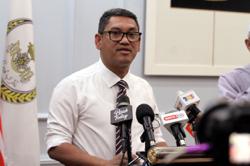