KUALA LUMPUR: A total of 190 police personnel members of various ranks have been detained for drug abuse as Bukit Aman weeds out the bad apples in the force, says Comm Datuk Mohd Khalil Kader Mohd.

"In the past 80 days, we discovered that six senior officers, along with 184 personnel members of various ranks, who tested positive for consuming drugs.

"Of these, 161 tested positive for methamphetamine (syabu), 12 for amphetamine, seven for morphine, two for THC, and eight for ketamine," he told a press conference in Bukit Aman on Friday (Nov 2).

Inspections and urine tests are being conducted at the federal headquarters as well as in every state contingent, he added.

"We want to send a strong signal to all cops that we mean business.

"There is no place for those who are involved in drugs... they are not welcome," he said.

It was unacceptable for police personnel as law enforcers to be drug addicts, Comm Khalil said.

"How do we expect to administer law and order if our own men are involved in crimes?" he asked.

The main mission of the special operation was to ensure that police personnel are free from drugs, he added.

"The police's leadership will start educating police recruits at the training level by having sessions dubbed 'after dinner talk'.

"We will be frank and very open with the recruits by telling them the negative things they might face once they finished training," Comm Khalil said.

Among the negative elements are frequenting clubs, drinking alcoholic beverages excessively, gambling and drugs, he added.

Those who tested positive for drugs will be charged in court, he added.

"We will charge them in court. There will be no special treatment. If they are convicted, they will be dismissed from the police force," he said. 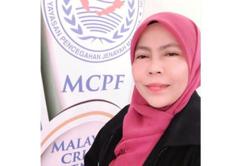