PUTRAJAYA: Parti Pribumi Bersatu Malaysia vice-president Tan Sri Abdul Rashid Abdul Rahman says the gains by the party must be protected at all costs - even if it means granting contracts to division chiefs.

He said that division chiefs must not be left behind in the success of the party.

The former Election Commission chairman said this includes granting tenders and contracts to party division chiefs so they may be able to defend their victory in the next election.

Abdul Rashid's speech, which was widely applauded by the delegates at the party AGM, appeared to take aim at Bersatu Youth chief Syed Saddiq Syed Abdul Rahman, who had earlier called for a halt to the culture of awarding contracts to personal associates.

“This for me is a stupid opinion,” Abdul Rashid said.

“If we have won, we will have to win (the next general election) by whatever way possible, by hook or by crook,” he said in his winding-up speech in the Bersatu AGM on Sunday (Dec 30). 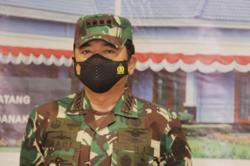