Sharing his views: Saifuddin speaking at the press conference in Wisma Putra.

PUTRAJAYA: The Malaysian government will not force refugees to return to Myanmar if it is unsafe, despite Malaysia not being a signatory to the United Nations 1951 Refugee Convention, says Foreign Minister Datuk Seri Saifuddin Abdullah.

“We have been magnanimous in many of the things that we do. We are not a signatory to the (1951 Refugee Convention) but we are behaving like we are,” he added.

Saifuddin said this at a press conference in Wisma Putra yesterday, in response to questions about the ethnic Myanmar Chin refugee community losing refugee protections by end 2019.

An exclusive report by R.AGE last week (rage.my/refugeesnomore) revealed a sharp increase in depression and suicide ideation cases among the Chin community since it was announced that their protection will end.

“We have let (the Chins) stay for more than a decade. The Malaysian government has been kind enough to ensure the safety and protection of the ethnic Myanmar Chin community, although Malaysia is not a final destination country.

“As far as the government is concerned, we don’t have the capacity and the intention to keep so many people in this country, although we are not pursuing the business of chasing people out,” he added.

On June 13, the United Nations High Commissioner for Refugees (UNHCR) had announced a new policy through a letter sent to the Chin community with the heading “Community Messaging on Chin Cessation Process”.

In the announcement, Chin refugees who renewed their UNHCR cards after Aug 1 would be given two options: to extend their existing cards until Dec 31, 2019, after which their individual refugee status will automatically cease, or go through an interview to determine if they are still in need of international refugee protection.

If they do not pass the interview, their UNHCR card will automatically cease and not be extended. 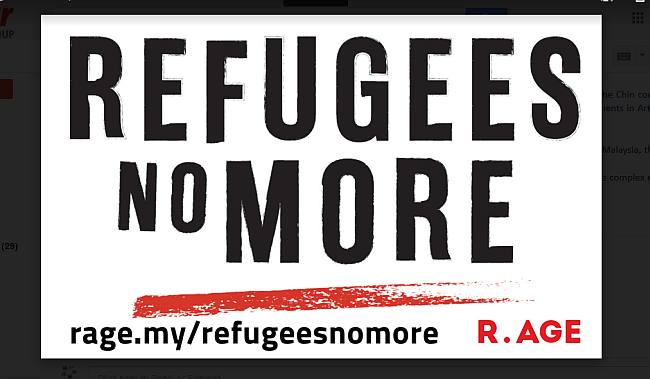 “This (cessation policy) is a decision that was made by UNHCR based on the fact that they believe the Chin community does not need protection anymore, and that the situation in the Chin state is now stable and secure, and we stand guided by their decision,” said Saifuddin.

“Asean is sending a taskforce to Myanmar to review specifically on the Rohingya issue, but I believe that they will also be looking at other related issues,” he said, in response to a question on whether Chin state and Myanmar is safe for the Chins to return to.

Saifuddin had said on Monday that Asean has set up a Foreign Ministers’ Special Taskforce, led by Singapore’s Foreign Minister Vivian Balakrishnan, to look into repatriating Rohingya refugees back to Rakhine, Myanmar.

“If they want to voluntarily go back, then our job is to help ensure there is a peaceful, dignified passage and the ability to live safely, with prosperity and harmoniously.”

Watch the full R.AGE documentary, Refugees No More, at rage.my/refugeesnomore.