KUALA LUMPUR: At least 23 people died after a fire broke out at a religious (tahfiz) school in Jalan Datuk Keramat early Thursday.

The City Fire and Rescue Department said they received information on the blaze at about 5.00am.

"Based on our information at the moment, 23 students and teachers have died in the fire.

The school cordoned off as police carry out their investigations

"Our personnel are still at the scene," he said.

In August, The Star reported that the Fire and Rescue Department was concerned about the fire safety measures at unregistered and private tahfiz (religious) schools, having recorded 211 fires involving them since 2015.

On May 7, another such school in Sabak Bernam, Selangor was destroyed in an early morning fire, but no one was hurt.

There were 519 tahfiz schools registered nationwide as of April, but many more are believed to be unregistered.

This story has been updated to correct some information. 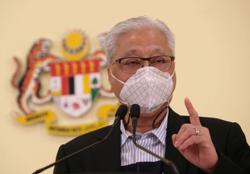