She is the second person to win the title representing the district in two consecutive years after last year's winner, Immaculate Lojiki.

The 21-year-old could not believe her luck when she received prizes including cash, a sash, trophy, jewelry sponsored by Diamoney Jewelry Sdn Bhd, as well as scholarships from a college here and a university in Peninsular Malaysia. 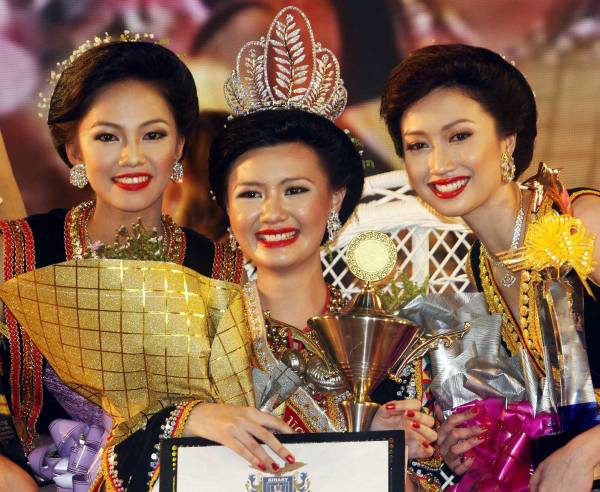 "I was really shocked when I was announced as this year's winner as the other girls were also very good during the finals," she said.

"However, I am very happy that I won," she said, adding that her family and friends were the ones who gave her support and guidance throughout the competition.

Cheryl, a clerk at a music store in the city, said she would quit her job and continue her studies at the college here because she did not want to be far from home, and felt that she owed it to Sabah as she is now the Unduk Ngadau.

"I want to give something back to Sabah and promote our state by taking up the scholarship for diploma in tourism here," she added.