Young people have their say

I am excited and nervous about the eligibility to vote because it is an important and prudent decision to make. It is a must for every adult.

I will vote in the Johor elections. I think casting a vote is the most direct way and the most effective way to get involved in politics. It is also exercising a voter’s right. As a young person, exercise one’s right to vote is to complete a mission and shoulder responsibility.

I would like to vote for a candidate who understands on-the-ground sentiment and is serious about people’s interest and public opinion. The candidate must be good in execution, communication, leadership

Every vote is important. Each vote counts. We should not think that ‘one vote is not important’. Such an act is akin to giving up on oneself and letting go of an opportunity to voice out. One’s right to vote will impact the outcome of an election. – Tea Pei Ying, 21, university student 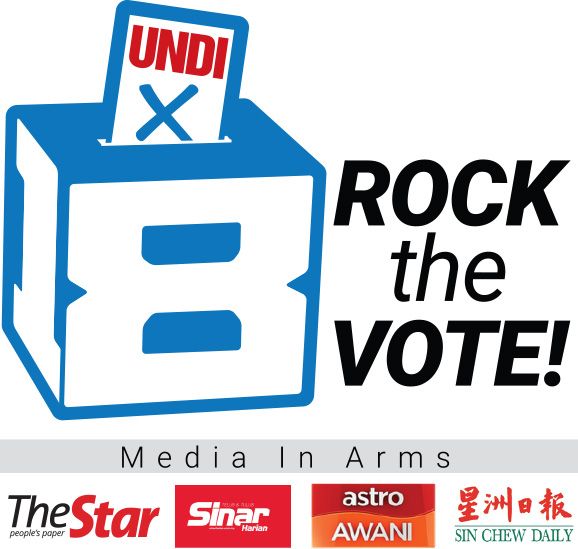 I am not sure whether I will vote. I also do not know how to vote.

When I listen to news, I do not know what they are talking about. Judging from the new government and prices of goods increasing, I feel that the political scenario is the country is slightly messy. Due to the Covid-19 pandemic, I also feel it is slightly chaotic.

I have just started working. Although I feel that the one vote that I have may affect the political scenario, but if I were to vote, I will still consult family members. My family is more familiar with the government than I am. – Wong Chun Tau, 19, restaurant worker

I am an 18-year-old voter. I am eligible to vote after the implementation of Undi 18, which allows 18-year-olds to vote.

My friends are excited. Voting is something new for us. At the same time, I am also worried about how to exercise my vote.

I believe I am not alone. Many young people do not understand the political system in Malaysia, let alone matters among the political parties.

To me, I will vote for a candidate who is serious in completing his tasks instead of a boastful candidate. Such a candidate will be ready to serve the people. Our country can only progress further by not becoming more corrupt.

I think we should not be deceiving ourselves by saying that ‘only one vote it should be fine’. One should be serious in each election and find out the candidates’ performance in the respective constituencies, whether they are genuine and capable of serving the people. – Teng En Xuan, 18, Form Six student

After Covid-19 made life more challenging and once the 2021 floods hit, people started realising that the politicians we elected are not doing their jobs. Instead, it was the public who were coming out to help one another. There were those that had no interest in politics during school, but have since changed.

We must become more interested in what is going on politically and we need better political education. This is because when we know more about the current political climate, we can then make informed decisions. – Abqari Annuar, 21, first time voter and university student

I will be voting when the next election comes around as it as an important obligation in nation-building. I will also doing my ‘homework’, and will be reading up about the political climate and important issues before voting.

As Covid-19 has affected the rice bowls of many, young people who now face economic challenges as they move into the working world may be even more aware of the importance of their votes and how it can directly impact their quality of life.

Based on my experience, I have seen how financial burdens and social status play a role in determining whether we want to vote or whether we even have time to care about politics when we are faced with difficult times.

Youth today are becoming more politically aware and are becoming more interested in voting due to the exposure of political news, issues, and views on social media. But for some, politics may seem complicated or it’s seen as a sensitive topic, which is why many choose to keep quiet about it.

If youth were to receive proper education like political philosophy or even something as simple as how to discuss politics openly while respecting others’ stand, I believe there will be a significant emergence of youth participation in politics. – Pui Shi, 20, university student

Voting is a valuable chance for me to take part in the selection of a representative who will influence my future.

From my perspective, youth are more inclined to vote for a younger representative to take leadership, to voice out, and to take action on issues that are of concern to youth. Youth are generally interested in voting, but their participation could be improved with increased representation of capable politicians, preferably from their age group.

I think the current voter education in school is sufficient to give us basic knowledge about what to do on election day and what happens after representatives are picked, but there is not enough information on how to figure out which candidate is better.

I personally had very good voter education because we had a teacher who went out of her way to simulate an entire ‘election’ for our class, but not many others out there had the same experience. – Parveenn Balan Kumar, 20, university student

This article is part of 'Undi18: My country, my decision', the first joint report by the Media in Arms, a media alliance comprising The Star, Sinar Harian, Sin Chew Daily and Astro Awani.

Political literacy needs to be a part of the school syllabus at an earlier stage, say university students

Media in Arms: A stronger voice together

Ensure equal number of voters in each constituency

Every new voter is ‘king’

Undi18 a catalyst to bring about change in education