Older workers may be more likely to be subject to age discrimination during the pandemic. — Filepic/The Star

WHILE most of those affected by unemployment during the Covid-19 crisis were youths, the biggest increase in unemployment percentage has come from the older age groups.

Tabulating data from the Statistics Department (Dosm), Chai Sen Tyng, a Senior Research Officer at Universiti Putra Malaysia (UPM)’s Malaysian Research Institute on Ageing found that while the unemployment rate is the highest (12.6% at Q3 2020) for the 15-24 age group, the biggest change in unemployment rate between Q4,2019 and Q3,2020 is the 55-64 age group, where unemployment jumped from 0.6% to 4.2%.

“What the data is suggesting is that the Covid-19 pandemic is affecting older workers disproportionately, and it is not a surprising trend. During difficult times, people might opt for early retirement as retrenched older workers find it harder to get a new job, ” says Chai, who adds that there is a significant difference in losing a job at the age of 30 and the age of 50 because your prospect of getting another job that compensates becomes dimmer at 50.

“There are sectors that are more hard hit than others, and as older persons are not really well represented in office jobs, the numbers paint a worrying picture for our elderly farmers and fishermen as well as older shopkeepers and petty traders, ” he explains.

Among the sectors hardest hit by the pandemic are agriculture, services sector, and aviation which has a direct impact on the retail and hospitality sectors.

“Older workers with a desk job that can be performed from home or those in the essential side might survive, as long as the economic activities are still going on. New opportunities are created, but if older workers or businesses cannot adapt or are unable to transition, they face significant adversity during this pandemic season.”

Chai argues that while older workers are disadvantaged in some situations, this is not always the case.

It is vital that more focus is put on creating more job opportunities for low-income blue collar workers or informal sector workers who have lost their way of earning a living.

Economist Dr Abdul Rais Abdul Latiff agrees, observing that most of those affected by retrenchment aged 45 to 64 are among the B40 and M40 groups and come from the private sector with semi-professional or low-skill labour backgrounds.

“This crisis has worsened the economic situation for those in the 45-65 age group because many of them are heads of households and have dependents, ” he says, adding that many in this demographic come from sectors worst-affected by Covid-19 such as services, sales, manufacturing and elementary occupations.

As older workers are often the heads of their families, retrenchment may potentially cause families in the M40 to drop into the B40 category, says Abdul Rais, which is why providing targeted loan extensions, like the Government’s move to implement an auto-approval mechanism for the moratorium on loan repayments for those in the B40 group as well as micro and small-medium enterprises (SMEs), is a welcome move.

Those in the informal sector are particularly vulnerable because they are not covered by social protections related to their work such as EPF savings and health protections, adds development economist Dr Radin Firdaus Radin Badaruddin, who with Abdul Rais, was in a teleconference group interview between Sunday Star and Universiti Sains Malaysia academics who are conducting research on ageing.

Economist Dr Siti Rahyla Rahmat, who is part of the USM team, points out that there is hiring discrimination against the elderly, leading to some employers being reluctant to accept aging cohorts during the economic downturn as negative stereotypes against the productivity of older workers, less tech savvy and more vulnerable to Covid-19 continue to persist.

Indeed, according to an International Labour Organisation (ILO)’s July 2020 report titled The socioeconomic impacts of Covid-19 in Malaysia, older workers may be more likely to be subject to age discrimination during the pandemic.

Older workers may be targets for retrenchment as they may have higher salaries due to their years of work. However, there are also other discriminations that are faced by older workers with low salaries.

The report explains that employers may be concerned that older employees could trigger additional costs in terms of insurance or paid time off because of their greater susceptibility to infection during the pandemic. Furthermore, it adds that employers could hold stereotypical views that older workers may not adapt well with remote work settings that require technological skills.
Article type: free
User access status: 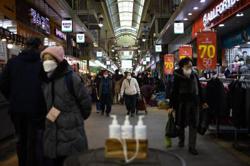