Helping hand: The government has introduced various initiatives to help ease the concerns of older workers.

THE National Covid-19 Immunisation Programme is expected to put Malaysia’s economy back on the right track, and with it a boost to the country’s employment market.

This is good news for those laid off during the Covid-19 pandemic, particularly older workers from the B40 or lower-income groups. While the youth are most affected by Covid-19 job losses, retrenched workers aged 45 and above within the B40 group are also facing exceptional challenges remaining in and re-entering the workforce.

This past one year has been particularly tough for the global economy beset with Covid-19 and compounding effects of the pandemic.

As the country’s economy begins to recover and businesses reopen, the unemployment rate saw an improvement from 5.3% in May 2020 to 4.8% in December 2020. By the end of the month, it saw another drop to 4.5%.

The Social Security Organisation’s (Socso) Employment Insurance System (EIS) website recorded more than 97,000 cases of Loss of Employment (LoE) from January to 2020. 24,494 people between the ages of 45 to 59 reported a loss of employment as of Nov 20.

While those 45 and above are not the demographic that incurs the most job loss in terms of absolute numbers – Socso’s data shows that youth are most vulnerable to retrenchment during the pandemic – job loss among older workers, particularly from lower income groups, has multiple consequences.

Workers in that age range are often heads of households and face additional challenges reentering the job market due to age-related stigma.

According to the World Bank, only 45.2% of persons aged 55 to 64 are employed in Malaysia – lower than in high-income economies. The employment rate of those aged 55 to 64 is especially low for women, who face additional barriers entering and remaining in the workforce.

Furthermore, for older workers with pre-existing health conditions such as diabetes, finding a new job that is suitable for their health conditions will be an added challenge, says Universiti Sains Malaysia's Prof Shaharum Shamsuddin who heads the USM Initiatives On Ageing (USIA).

“Other older workers may also find it difficult to upskill at this juncture and switch sectors, particularly if the new jobs require technological knowledge which not everyone has, ” he says in a teleconference group interview between Sunday Star and USM academics who are conducting research on ageing.

Thankfully, the 2021 Budget can help ease a few concerns among older workers – tax deductions until 2025 have been announced for employers who hire seniors. Also slated is an increase in monthly welfare aid for senior citizens, caregivers of people with disabilities and bedridden chronic patients from RM350 to RM500. This is in addition to an increase from RM150 to a maximum RM400 of the Home Support Services Programme for senior citizens and people with disabilities. The government also extended the EIS’ Job Search Allowance from six months to nine months for those who were retrenched.

Furthermore, the Employment Retention Program and Wage Subsidy Program can also be used to keep people in the workforce alongside other assistance provided in the the Prihatin Rakyat Economic Stimulus Package (Prihatin) and the National Economic Recovery Plan (Penjana) which focuses on social assistance, financial injections, supporting businesses, and bolstering the labour market.

Last June, the Government announced the Staff Hiring Incentive Program under Penjana which provides financial incentives for a duration of six months for those who hire staff under 40 years old (RM800 per month) and for those above 40 and the handicapped (RM1,000 per month). Budget 2021 provides a six-month extension on this with 40% salary incentives for employers who hire new staff, subject to a maximum incentive of RM4,000 per month. For OKUs (differently-abled persons), the retrenched and long-time unemployed, the government provides 60% salary incentives (maximum of RM6,000).

According to the EIS, 7,127 people above the age of 45 received work placements under the Hiring Incentive programme as of Nov 20. At the same time, RM2bil from the Human Resources Development Fund (HRDF) was allocated to upskill and reskill youths and the unemployed.

In response to the job losses caused by the impact of Covid-19, the Government via Budget 2021 established a National Employment Council with the aim to create nearly 500,000 new jobs as well as address unemployment. The MYFutureJobs portal was also set up to assist job seekers.

There are currently 150,000 job vacancies available through the MYFutureJobs portal, said Saravanan, adding that since its inception in June last year, the portal has helped around 185,493 individuals to secure jobs.

The government has also taken necessary steps to create new jobs in the information technology sector, among others, following recent reports by the World Economic Forum which outlined 10 sectors that would see job declines due to the pandemic.

According to the report, the jobs include data entry, accounting, book-keeping, payroll, administration, factory work, business services and administration, management and auditing.

To help older workers find their footing again, Shaharum suggests that the government enhance pre-existing Return-To-Work programmes like those under Socso by providing targeted job training that capitalises on the vast experiences and knowledge of older workers. Older workers who are fit are often able to adapt fast to changing work environments, Shaharum points out.

Concurring, gerontologist Lily Fu also calls for the government to allocate more opportunities for upskilling and retraining to assist older workers get back on their feet.

Once older workers are out of the labour market, it is especially difficult to get back in as there is still a lot of ageism in our society, says Fu, who founded Seniors Aloud, an online community of senior citizens.

If given the opportunity, there is a lot that older workers can contribute to companies, adds the ageing specialist.

“Older workers are generally very loyal. They are grateful to the company for keeping them on.

“They also want to prove that they are still capable and will work hard. They have the right attitude that companies are looking for – old fashioned values like loyalty and integrity.”

“Older workers have their own skill set that can be harnessed, and in general I would say they are underutilized as a whole, ” says Chai.

With increasing life expectancy and workplace digitisation, white collar older workers can remain in the workforce way beyond the minimum retirement age, says Chai. Hence, focus should be put on lifetime low-income blue collar workers or informal sector workers who have lost their way of earning a living.

“We should not think that only the youth can benefit from the gig economy, there is sufficient room and market for older gig workers too.”

The way forward is to promote lifelong learning, reskilling and retraining for older workers, and encourage the voluntary sector to grow sustainably. One way is to invest in seniorpreneurs and push them to the forefront, suggests Chai.

Chai points out that there are many new groups that help older persons to find work, such as Hire Seniors and Active 60, and that Malaysia needs more of such players and should support these initiatives.

“As for older persons themselves, they need to be open to change, and embrace new things and do not fear technology. UPM’s University of the Third Age (U3A) programme has shown that older persons are willing and are able to learn new things – digital photography, photoshop, pick up cooking, and polish artistic abilities, ” he says.

“Look into a majority of our NGOs and civil society groups and you see many retirees and pensioners trying to make a difference. This is a significant force that has yet to be cultivated and harnessed.” 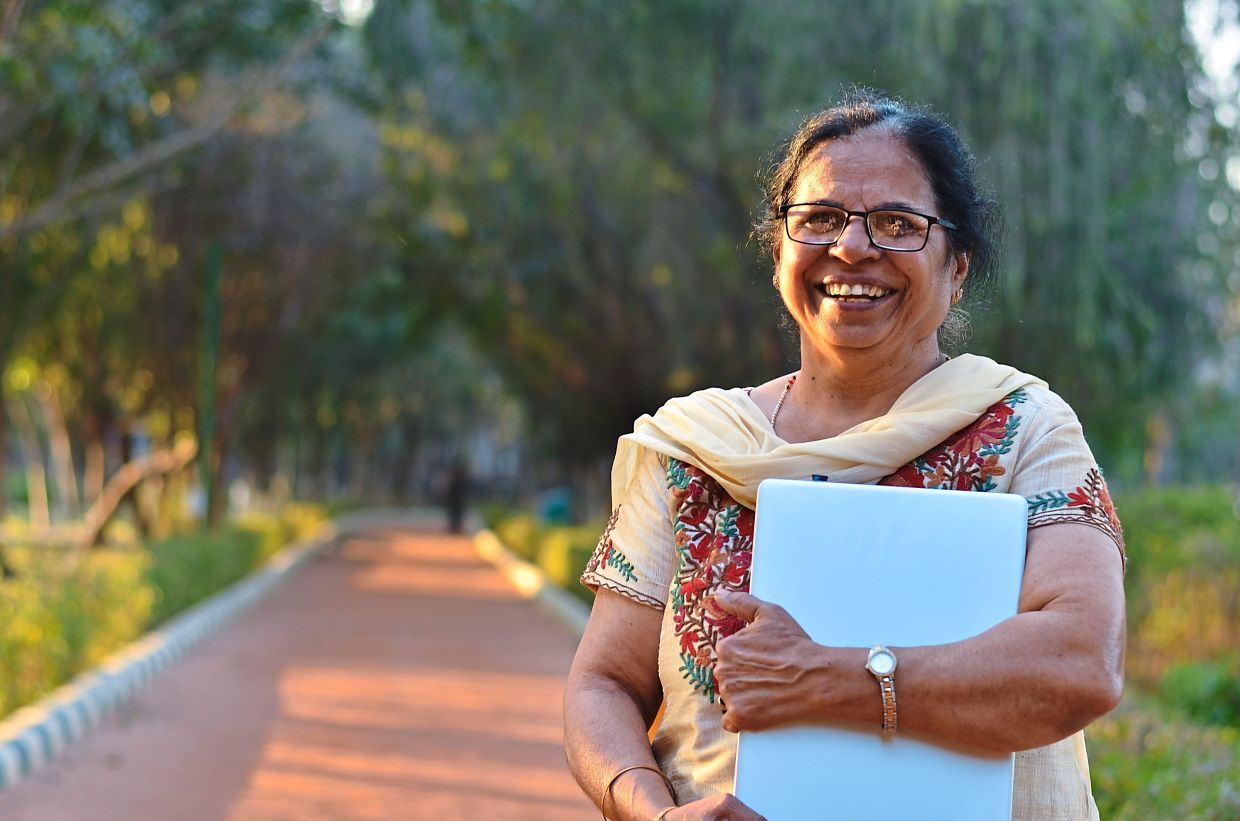 Rich potential: The government needs to allocate more opportunities for upskilling and retraining to assist older workers get back on their feet say ageing specialists. — 123rf