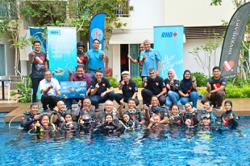 According to the World Bank, old-age income security is dependent on individual retirement savings or familial support, in the absence of broad-based social assistance programmes.

While the youth are most affected by Covid-19 job losses, retrenched workers aged 45 and above within the B40 group are also facing exceptional challenges remaining in and re-entering the workforce.

FIFTY-SIX year old Siti (not her real name) has been without a steady income since she lost her job last March as a canteen cook where she used to make RM80 a day.

To get by now, Siti has been making and selling kuih from her RM950-a-month rented home in the Klang Valley.

All of Siti’s three children’s jobs were similarly affected by Covid-19 and the bachelor son she lives with has suffered a 50% pay cut. As Siti is informally employed, she does not have the support systems that normally come with formal work and whatever Employees’ Provident Fund (EPF) savings she has from her previous employment many years ago has already been used up to help the family survive during the earlier stages of the pandemic.

“Things have become expensive. We really feel the pressure but what can we do? I am working to survive, ” she tells Sunday Star.

Given her way, Siti would like to have a fixed monthly employment but her age has been a barrier.

“Most employers want people below 50. It is difficult, but some friends are recommending my name and Insyallah, things will turn out well. Many are losing their jobs now and we have to be understanding. At the moment, I am utilising whatever skills I have to my advantage, ” says Siti, who has set up an online page for her kuih business with the help of her children.

Siti has used the funds received from the National Economic Revival Plan (Penjana) to purchase raw materials for her business. She is hesitant to ask for more aid, but Siti’s dire situation has pushed her to seek help from a women’s empowerment NGO for some basic necessities.

While some older workers who were retrenched among the T20 group may have the option of early retirement if they are without dependents or commitments, low income earners of the same age demographic cannot afford to be unemployed as they are already struggling to make ends meet.

One indicator of how Covid-19 layoffs are affecting older workers can be seen among the urban poor.

“There has been a rise of people in that bracket [B40 above 50 years old] coming for food. I believe they are one of the most affected groups as well due to their age and competitiveness in the job market compared to other age groups, ” says Kechara Soup Kitchen operations director Justin Cheah.

Many low income earners rely on physical work, but due to the bad labour market resulting from the pandemic – especially in service and manufacturing industries – competition is high, he explains.

As Malaysia’s economy begins to recover and businesses reopen, the unemployment rate saw an improvement from 5.3% in May 2020 to 4.5% in December 2020. As a comparison, the unemployment rate in 2019 averaged at around 3.3%. Nevertheless, many of those who faced retrenchment and pay cuts because of the pandemic will take some time to regain their job stability.

While those 45 and above are not the demographic that incurs the most job loss in terms of absolute numbers – data from the Social Security Organisation (Socso) shows that youth are most vulnerable to retrenchment during the pandemic – job loss among older workers, particularly from lower income groups, has multiple consequences.

Workers in that age range are often heads of households and face additional challenges reentering the job market due to age-related stigma.

According to the World Bank, only 45.2% of persons aged 55 to 64 are employed in Malaysia – lower than in high-income economies. The employment rate of those aged 55 to 64 is especially low for women, who face additional barriers entering and remaining in the workforce.

Last year, more than 7% of our population was aged 65 and above which meets the conventional international definition of an “aging society”. By 2044, Malaysia is expected to be an “aged society” with 14% of the population projected to be above 65.

The big concern we have to address is the fact that Malaysians in general do not have enough savings to rely on as a safety net. Those in the M40 and B40 especially are financially ill-equipped for retirement.

According to the World Bank’s November 2020 report, A Silver Lining: Productive and Inclusive Aging for Malaysia, “Old-age income security is dependent on individual retirement savings or familial support, in the absence of broad-based social assistance programmes.”

“Only 60.8% of the Malaysian labour force contributes to the Employees Provident Fund (EPF), which is low when compared to an aspirational group of high-income countries. Almost 75% of the 14.6 million EPF members have account balances below RM250,000 at age 54. Simulations show that this would translate to a monthly income of less than RM1,050, ” the report says.

The most vulnerable groups are those with little savings and without social insurances or coverage by retirement savings insurances such as EPF or pensions. This is particularly so for those from the informal sector, where there are many from the B40.

Data from the EPF shows that more than half (54%, or 7.88 million) of its contributors who are aged 54 and above have savings of less than RM50,000 for their retirement. To compare, the basic savings set by the EPF is RM240,000 for an approximately 20-year retirement period. This is based on a retirement age of 55 and an average life expectancy of 75.

What makes it more difficult for the B40 is that many lower-paid jobs are not resilient to change, making them vulnerable to job displacement.

A World Bank study in conjunction with the Institute of Southeast Asian Studies (ISEAS), titled The Vulnerability of Jobs to Covid-19: The Case of Malaysia, found that less than one fifth of low-income workers can work from home, compared to more than three fifths of high-income workers.

The Silver Lining report recommends a number of policies to assist older workers, among them enhanced training and lifelong learning, encouraging the adoption of age-management strategies by companies, regulatory frameworks to facilitate part-time and flexible employment for older workers, and targeted wage subsidies to encourage employment of older workers.

The report also suggests a long-term plan to increase the minimum retirement age gradually to 65. 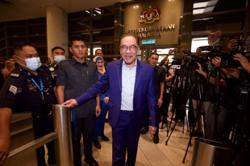