Happy memories: Gaithiri with her husband Chad Moore, and their daughter, Simone Asha, visiting a temple in Brickfields, Kuala Lumpur during Deepavali in 2018.

THE struggle goes on for Malaysians kept apart from their families in other countries due to travel restrictions in the pandemic.

Some are hoping their applications to reunite will be approved based on compassionate grounds, even though their case involves citizens from the list of 23 restricted countries.

To curb the spread of the virus, Malaysia recently decided to stop the entry of citizens from 23 countries with over 150,000 Covid-19 cases, which includes the United States, United Kingdom and Indonesia.

He adds that all applications must be made through the department’s newly launched My TravelPass system.

t was reported that the system will reduce the application time to a maximum of five days.

For now, families separated from their loved ones are trying hard to cope.

It hasn’t been easy for S. Gaithiri Devi, 41, who longs to see her father, currently in Malaysia battling stage four kidney cancer while she is in California, US.

Her husband and their three-year-old daughter – both Americans – are unable to enter Malaysia due to current restrictions.

Leaving them behind in the US is not an option, as the family would risk being separated for an unknown period of time before the borders are re-opened.

“Currently, my husband and I are the only ones who care for my daughter.

“Given the severity of the situation in the US, it is unsafe to send her to any daycare centre.

“If I leave for Malaysia without my daughter, and something happens to my spouse – if he has an emergency or falls sick – there will be nobody to take care of my daughter, ” says the finance professional, who has appealed her case with the Immigration Department.

“Having to choose between being with my ill father and caring for my child is impossible.

“I miss being able to hug my dad, ” Gaithiri expresses.

Meanwhile, an expectant mother, who wishes to be known only as Chong, 36, is anxiously waiting for authorities to allow her Thai husband to enter Malaysia.

“I’m due to give birth in a few weeks, but he still can’t come to Malaysia despite us applying in August. I’ve no choice but to prepare for the possibility of delivering the baby alone, ” she says.

Chong and her husband, a data scientist based in Singapore, have plans to settle down in Malaysia in the long term.

“I was with him in Singapore but chose to return to Malaysia to give birth so that our son can have Malaysian citizenship.

“I need my husband for support as this is our first child and my first pregnancy.

It’s a lot to take in, and I am relying on my husband financially.

“It’s also unfair that I have to be in Malaysia to give birth for the child to be automatically granted citizenship, ” she says.

In contrast, children born outside the country to Malaysian men will be given citizenship automatically under Article 14 of the Federal Constitution.

For a Malaysian mother, the application for citizenship for a child born outside Malaysia is via Article 15(2) – that is by registration.

With the current surge in Covid-19 cases, Chong is worried that the borders will be closed longer.

“If my husband can’t see his son, we just have to stay strong.

“I hope the authorities will be more compassionate about the situation, ” she adds.

An oil and gas engineer, who wishes to be known only as Sharifah, 38, has not seen her British husband, currently working in Brunei, for nine months.

“I’m alone, handling our three children, all under seven.

“Brunei is not part of the 23 restricted countries, but his entry was denied because he’s British and the UK is part of that list, ” she says.

She says her husband has not been back in his home country since last year.

“We, on the other hand, can’t visit him because we won’t be allowed back into Malaysia because one of my children’s Malaysian citizenship application is still being processed, ” Sharifah says, adding that another child is also getting medical treatment in Malaysia.

“I miss being able to enjoy simple things as a family like seeing my kids running around Petrosains happily, or them showing my husband cool stuff they learned in school.

“I hope the government will review their policies regarding spouses and children quickly and show some compassion towards families who have been separated, ” she says.

On another matter, the Foreign Spouses Support Group urges the authorities to waive the operational cost for quarantine facilities for foreign spouses and children of Malaysians, which has been imposed since Sept 24.

“This increased cost of quarantine facilities is going to affect an already hard-hit community of Malaysians in binational marriages, ” the group says.

It was reported that foreigners entering Malaysia have to pay the full RM4,700 charge for their mandatory Covid-19 quarantine, including RM2,600 for operational costs.

For Malaysians, they would only have to pay RM2,100 for their accommodation while the government will continue to subsidise the RM2,600 operational cost. 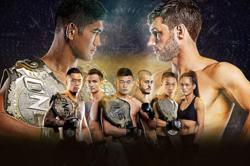