KUALA LUMPUR: Not only are job hunters selected based on their ethnicity but also which university they graduate from and what languages they speak, a study on hiring discrimination found.

The study by two local academics showed racial discrimination in the callback rates for Malay and Chinese applicants for engineering and accounting jobs in the private sector:

> Between two identical resumes, the Malay one is 16.7% less likely to be called for interview;

> Chinese and Malay private university graduates fared better but Malays had a better callback rate (6.2) if they were from Universiti Malaya (UM), Universiti Kebang­­saan Malaysia (UKM), Universiti Sains Malaysia and Universiti Putra Malaysia than if from Utar (5.8) or UiTM (4.3).

The findings of the study “Does race matter in getting an interview? A field experiment of hiring discrimination in Peninsular Ma­­laysia” by Dr Lee Hwok Aun, senior lecturer at UM’s Department of Development Studies and UKM research fellow Dr Muhammed Abdul Khalid were released at a public seminar yesterday.

One of the reasons for the study was the mutual claims of bias – ethnic dominance in the civil service versus private sector prejudice against Malays and bumiputra.

Dr Muhammed said there was no systematic empirical study as yet on the effect of race on employment prospects that controls for variation in applicant quality.

“Our study has shown that quality matters but it matters less than ethnicity.”

Dr Lee said the findings lent support to calls for a Equal Opportunity (EO) Act for the public and private sectors and a EO Commission.

Noting the study had not revealed why there was racial discrimination, he said it was a start and more work needed to be done.

“There are different dynamics in the labour market and it is not a simple case of black and white.

“We need to go to employers, to study their reasons for recruitment but it is not an easy task and we don’t want to rush into this.”

For the study, they got the resumes for a degree in engineering/finance from an online employment portal, pooled the all-male applicants into race and quality and sent out 3,012 letters for 753 advertised jobs.

The companies were classified as Malay/Chinese/foreign-controlled based on the names of shareholders and directors. 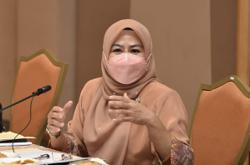 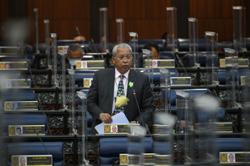