“IS this your grandfather’s road?,” is a question Ahmad is asked every time he blocks a parking bay in front of his shop in Jalan Storey, Johor Baru.

He said this was the only way he could prevent others from parking there.

Ahmad (not his real name) said Jalan Storey in the residential area of Kim Teng Park, was a favourite spot for motorists to park for free before travelling to Singapore for work.

Kim Teng Park is within walking distance to the Customs, Immigration and Quarantine Complex (CIQ) in Bangunan Sultan Iskandar.

“They want to work in a developed country but leave us to deal with their third-world mentality. The Customs, Immigration and Quarantine Complex in Bangunan Sultan Iskandar is only a few minutes walk from Kim Teng Park.

“If I do not block the space, then how will the bread, ice and other vehicles load and unload goods for my store?

“I have to book this space every morning by placing a rubbish bin so that they won’t park here.

“But even then some would try to remove it,” he said, adding that he gets into a heated argument with such motorists almost every day.

Sharing the same experience is restaurant manager Subra, (not his real name) who said those who park their vehicles there for the whole day do not bother about the inconvenience caused.

“Some of the vehicles have been parked here for more than 10 days. 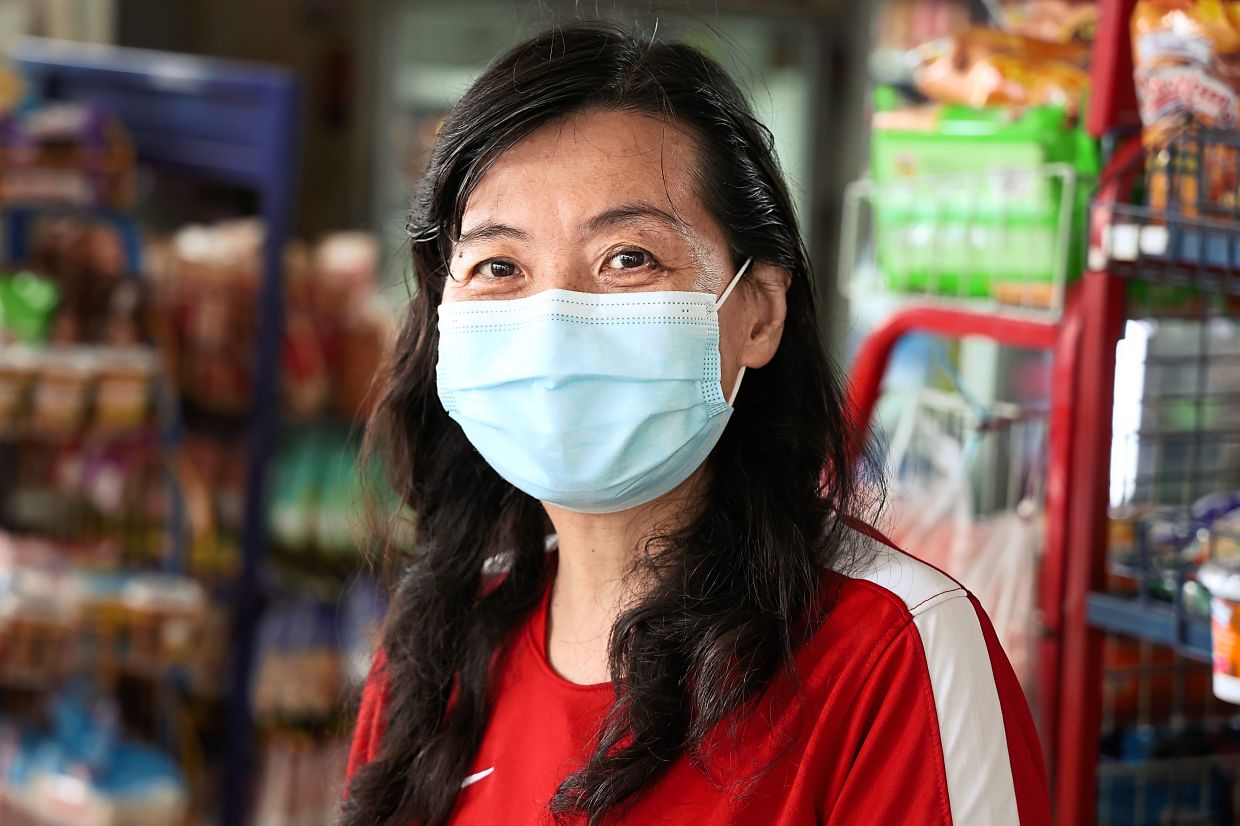 Wong says she does not blame shopowners for placing items on parking bays.

“Imagine when they park in front of restaurants.

“They do not care as they just want to park here for free,” said Subra, adding that he has been forced to place four plastic chairs in front of his restaurant.

On June 10, 2022, StarMetro highlighted the issue in the report, “Outsiders take up parking spots in Kim Teng Park.”

Residents and businesses had said the neighbourhood’s close proximity to the CIQ had led to many of those working in Singapore to park there.

They said cars were being left for days, making it difficult for businesses because customers cannot find parking. Vincent says he has lodged two reports with MBJB and wants a long-term solution to the problem.

Cars were also parked on the road outside houses, making it dangerous for other drivers in the residential area.

He wants them to either tow the cars away or impose a hefty fine on non-residents misusing the parking space as a long-term carpark.

“MBJB has every right to tow away these cars. Why aren’t they enforcing the law?

“Do they lack manpower, towing vehicles or storage space?

“The council building is not even a kilometer away.

“The situation is worsening day by day, especially after the pandemic. Danial says MBJB should enforce the law and penalise those who misuse parking bays.

“There’s even an MPV parked here that is used to ferry those working in Singapore.

“It charges a fee to carry passengers but is parked here for free,” he said.

Danial called on MBJB to enforce the law without fear or favour to teach the irresponsible owners a lesson.

Asked to comment on MBJB’s move to fine shopowners who place traffic cones, chairs, rubbish bins and other items in front of their shops to stop people from parking there, Daniel said the city council should focus on the root cause.

“They should find a solution for this before going after shopowners.

“I don’t think these shopowners would put up obstructions if people were not misusing the parking space,” he said. 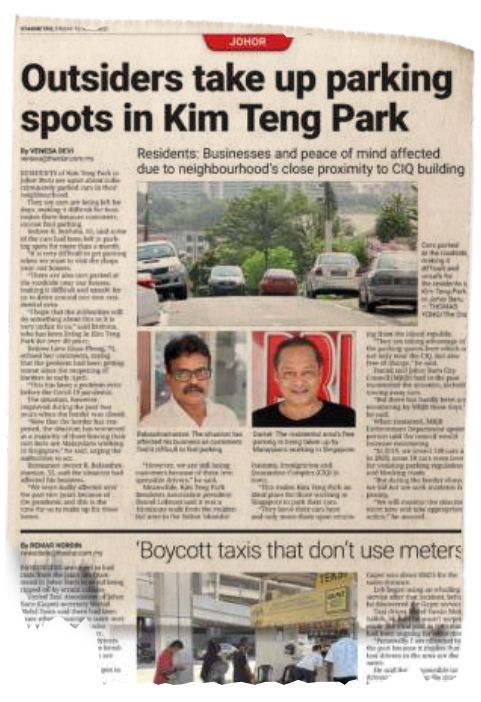 Also calling for MBJB to step up their enforcement is retiree Wong Lee Fei.

She said some motorists have even removed flower pots placed in front of residential houses to park their cars.

“I do not blame the shopkeepers for placing items in front of their shops to stop people from parking as they too have to earn a living.

“This has been happening for a long time.

“MBJB should impose tougher penalties like towing away their cars.

“I believed only then will these people learn a lesson,” said Wong, who has been living in Kim Teng Park for 36 years. 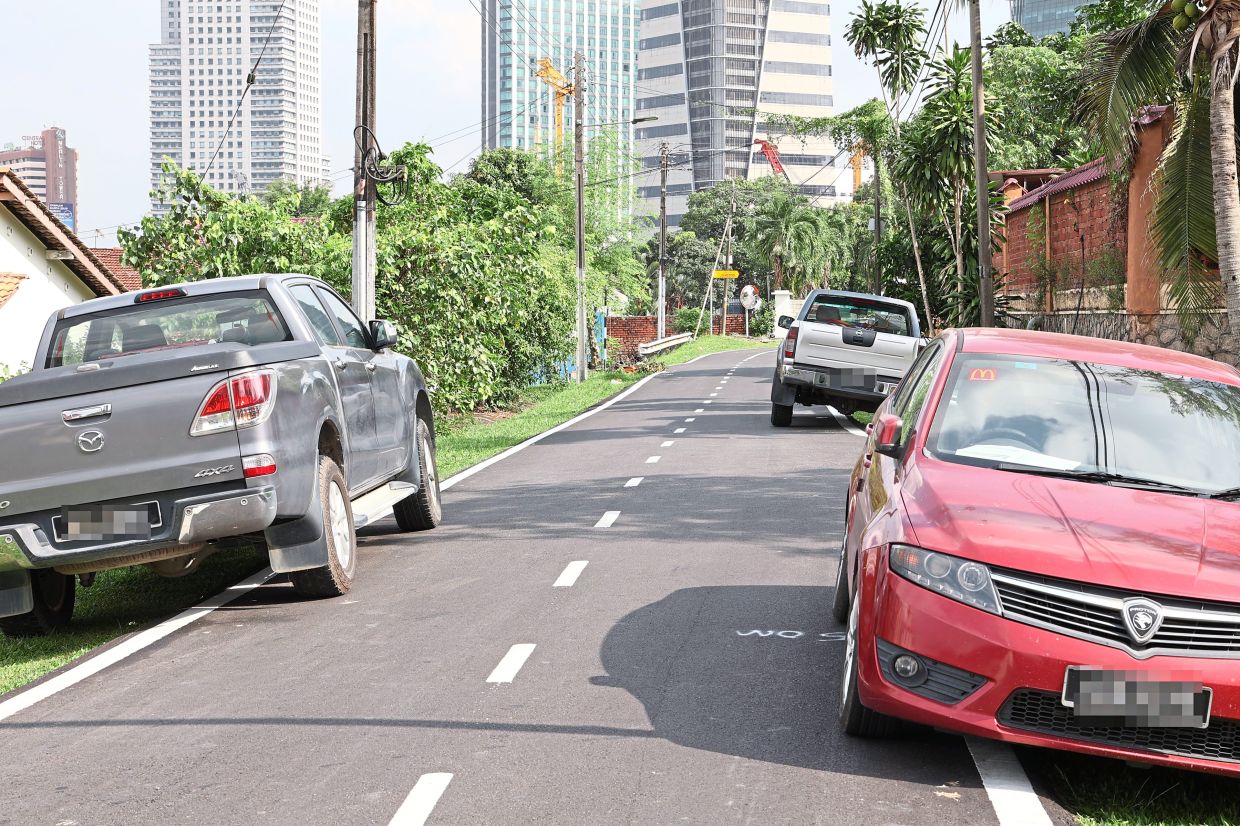 Another resident, Vincent D’Silva, 60, said it was high time the city council addressed the problem.

“Enough is enough; the council should walk the talk (and take action).

“I have lodged two reports on this matter in June last year and January this year.

“But until now no action has been taken by MBJB,” Vincent said, adding that this has been going on for many years.

“I’m a resident here but even I can’t find parking space.

“All the parking bays are always taken up, often by the same vehicles.

“Roadside parking is provided for the convenience of residents who need to run errands.

“It is not for outsiders to misuse the facility for days on end,” he said, adding that MBJB should come up with a long-term solution. 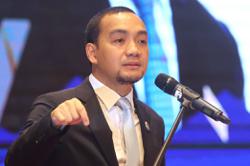