Tales from a turbulent era

“YOU can take me out of Kinta Valley, but you can’t take the Valley out of me!” says Dr Gary Lit Ying Loong.

He is the author of If The Sky Were To Fall: An Intergenerational Journey of Trials and Tribulations In Malaya During and After the Wars (second edition).

The book was launched at publisher Gerakbudaya’s premises in Petaling Jaya, Selangor.

Lit, who hails from Kampar in Perak, is a retired academician from Nanyang Technological University in Singapore.

It is his personal interest to help preserve and promote the local history and culture of the towns in the Kinta Valley.

“Although the tin-mining boom is over for Kinta Valley, it nevertheless has a very rich culture that is worth preserving,” he said.

His memoir – a deeply engaging journey – exposes the myths and mysteries surrounding the most tumultuous period of Malayan history, covering World War II, the British colonial administration, the Emergency period and the Japanese Occupation, as seen through the eyes of his late father and other affected individuals.

“While many books outline what many in Malaya had faced, few can match the poignancy of the tragic stories of family and friends that are told here. I have found it chastening to confront a narrative that had been fully lived,” said Prof Wang in his foreword.

Indeed, the memoir links heartfelt stories with a nation’s tales in a turbulent era. It is history told from the perspective of the common man.

“I left Kampar to study in Singapore on the Asean Scholarship in the 1970s, when our beloved Tunku (Abdul Rahman) was still around,” said Lit.

Tunku is one of the iconic figures mentioned in the book.

Since his retirement, Lit has been a visiting professor at univer sities in Asia and Europe.

Despite his hectic overseas lecture schedule, he still returned to help the schools and colleges in the Kinta Valley annually, before Covid-19 struck.

Although the alumnus of SMK Methodist (ACS) Kampar and SMK St Michael in Ipoh has travelled around the world giving lectures, he said, “The Kinta Valley is still the (place) closest to my heart.”

The book launch was followed by a discussion titled “War and the common man of Malaya”.

Besides the author, the other panellists were Dr Jason Ng Sze Chieh (senior lecturer at New Era University College in Kajang) and Dr Tan Miau Ing (senior lecturer from the Department of History at Universiti Malaya).

The discussion was moderated by Jonson Chong.

If The Sky Were To Fall is available at Gerakbudaya.

For details, call 03-7957 8342. Proceeds from the sale of the book will go towards helping needy students. Lit can be contacted at garylit33@gmail.com 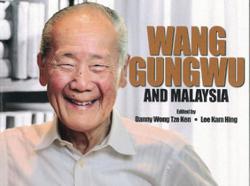 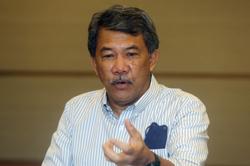