PJD Link developer must comply with all terms in agreement with Selangor before approval is given, says exco man THE Federal Government wants the developer of the proposed Petaling Jaya Dispersal (PJD) Link to fulfil all terms set by the Selangor government under the pre-concession agreement before the Cabinet will consider the project.

“The Public Private Partnership Unit under the Prime Minister’s Office has informed that on Nov 12, a proposal on the PJD Link project was presented to the Cabinet for consideration and conditional approval,” Selangor infrastructure and public amenities, agriculture modernisation and agro-based industry committee chairman Izham Hashim told the state assembly on Thursday (Dec 9).

“The developer PJD Link (M) Sdn Bhd (PJDLSB) was told that it must first meet all the conditions set by the Selangor government under the terms of the pre-concession agreement.”

He said the construction of the project is still subject to the approval of the Selangor government, as per the conditions of the PJD Link concession agreement.

“After the concession agreement is signed, the developer will need to resolve two matters during the Conditions Precedent period, namely land acquisition and compliance requirements under Section 20A of Act 172 (Town and Country Planning Act 1976),” said Izham.

He said the state government, through PlanMalaysia@Selangor (Selangor State Town and Country Planning Department), has drawn up and streamlined the approval procedure for highway and large-scale infrastructure projects.

“This is to ensure all conditions and terms set by the state government are implemented and met through negotiations under Section 20A of Act 172, before a project can begin in Selangor.

“Meanwhile, a proposed timeline for development plan changes for highway development projects in Selangor will be tabled for state government approval, through the Selangor Economic Action Council, in the near future,” said Izham.

PJD ink is a proposed 34.3km expressway that will link Damansara to Kinrara. Its proposed alignment will start after the Damansara Toll Plaza on the North Klang Valley Expressway and end at the Bukit Jalil Highway Interchange. 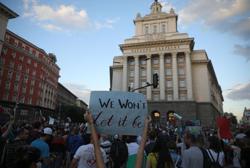