‘Let us be part of e-Lelong’ 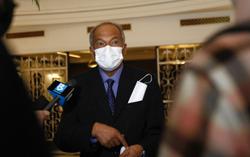 LICENSED auctioneers nationwide are urging the Federal Government to review and improve the e-Lelong system which has taken a toll on their livelihoods.

Muzakir Mansor, an action committee member representing state auctioneers, said their livihoods had been severely affected by the implementation of the e-Lelong system following the discontinuation of their duties to help conduct public auctions.

“We do not oppose the e-Lelong system as we just want to be part of it.

“We hope the Federal Government will heed our plight and improve the existing system by involving us in it,” he said in a press conference at Eastern and Oriental Hotel in Lebuh Farquhar, Penang, yesterday.

Muzakir, who is also Penang Auctioneers Association chairman, was there to hand over a memorandum to Mohd Abdul Rahman Ismail, who received it on behalf of the Yang di-Pertua Negri Tun Ahmad Fuzi Abdul Razak.

The e-Lelong system, the first in Malaysia, was implemented nationwide on Jan 1, 2020, to conduct online public auctions.

It is said to be able to increase the chances of the public to own fixed assets, especially houses, at real value without price manipulation.

“There are over 2,300 of us nationwide and before the implementation, there was a system in place for us to work with the banks on public auctions.

“We have lost around RM11mil in income since Jan 1 last year.

“An auctioneer can earn RM5,000 a month based on rates which vary in different states,” he said.

Muzakir claimed that following the termination of their services, the real estate auction industry was now controlled by fewer than 10 big-scale auctioneer companies who work as panels of banks.

“We are urging them to have a rotation of auctioneers, and give us equal opportunities.

“There are certain things that we bring to the table, like helping the owner when a home is put up for auction.

“Sometimes, the owner does not know whether he or she will receive the remainder of the money once the bank settles their debt or that their family can actually buy the auctioned property.

“If the person involved does not have Internet access, they will not know these things.

“We would usually visit the owners and tell them about their options before the auction takes place,” he said.

“We hope to be given the opportunity to discuss our plight and the role we can play pre- auction before it goes online.

“There is still a role for us during pre-auction stage.

“However, the appointment of traditional auctioneers is now decided by the banks and not the courts.

“The banks have hired their own panel of auctioneers.

“Hiring us on a rotation basis in every state will give us back our work,” he said. 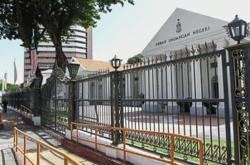