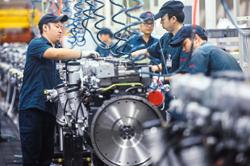 THE factory that has been linked to the Sungai Penchala pollution issue has stepped forward to express their distress over the incident, citing that they will take a proactive stand in the clean up irrespective of who the responsible party may be.

In an official statement, Dutch Lady Milk Industries Berhad (DLMI) managing director Ramjeet Kaur Virik said, “We have been a member of the Petaling Jaya community since 1963 and we are deeply saddened by the incident.

"We are closely monitoring the situation in Sungai Penchala and are grateful to Selangor Irrigation and Drainage Department (DID) for cleaning the river on August 13 while we were securing the necessary permits from the authorities to allow us to access the river and assist in any further cleaning efforts during this current movement control order”.

“Multiple efforts are underway to engage and partner with our Petaling Jaya communities, along with relevant non-governmental organisations and state authorities to resolve this incident and support river cleaning activities,” she said.

“We are as distraught with this pollution as the concerned citizens who have echoed their sentiments on social media and we believe in doing right by our community and all our stakeholders,” she added.

From the statement, it was stated that cleanup work of Sungai Penchala had begun this afternoon (Aug 15) in collaboration with the master developer responsible for implementing key activities in the rejuvenation of the Selangor Maritime Gateway.

It was also in the midst of engaging with the relevant authorities and surrounding communities in Petaling Jaya to facilitate a collaboration that would ensure Sungai Penchala was protected.

In regards to the source of the contamination, DLMI stated that the case was still under investigation and is giving its full cooperation with all relevant investigating authorities, including the Environmental Department who has taken water samples for analysis.

It could take up to a minimum of four weeks before they can share the results of their findings.

In response to a public tweet by a resident which mentioned the factory as the “Culprit behind the water pollution”, DLMI replied that as this matter is still under investigation, they will await the findings of the results before making further comments so as not to disrupt the integrity of the process. 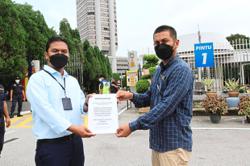