A NEW bus company is expected to take over the route previously provided by Rapid Kamunting by early next month, once all the legal procedures are in place, says Datuk Mohd Zolkaply Harun.

The state infrastructure and public transportation committee chairman said according to the law, the previous bus service operator, Rapid Kamunting, must hand over the permit first to the Land Public Transport Agency (Apad), before a new company is allowed to take over. 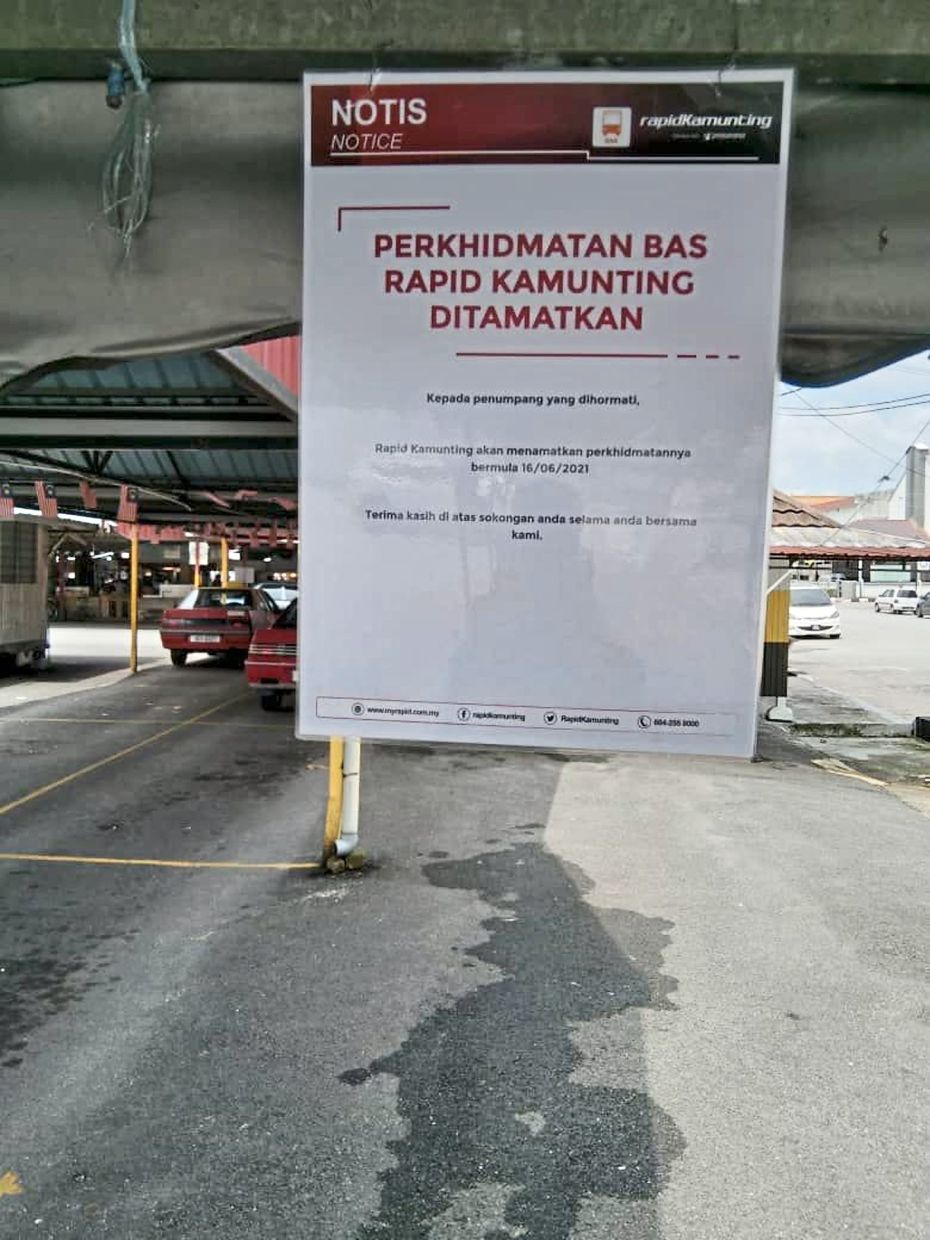 A notice placed at the bus station informing the public of the cessation of Rapid Kamunting’s services.

He said usually, when a permit is issued to a bus company for a certain route, it is not that simple a process for a new bus company to take over the route.

“Since Rapid Kamunting services ended on June 15, the permit had to first be handed back to Apad before a permit could be issued to the new company to ply the same route.

“The permit is inclusive of insurance coverage, so it is not that easy for us to just have other buses ply the route the very next day that Rapid Kamunting ceases operation,” he said when contacted.

Residents in Taiping and Kamunting are restless as there has been no news of a replacement service after Rapid Kamunting announced it was ceasing operations by the middle of the month.

Many people, especially senior citizens, depend on public buses to get to work, town or the market.

They are worried that there will be no buses on the route.

Zolkaply said it was impossible to have any temporary bus service to ply the route used by Rapid Kamunting because of permit and insurance issues.

“If any temporary buses are plying that route, that on our part would be breaking the law.

“There could be other local buses plying a different route that residents could rely on for the time being.

“From the state government side, we are constantly in contact with Apad to get the deal to move faster,” he added.