Ch’ng posing with the sculpture titled ‘Embracing Oneself Again’ that was selected for London Art Biennale 2021.

AWARD-WINNING Penang artist and sculptor Ch’ng Huck Theng is one of only two Malaysians to have their works selected for the prestigious London Art Biennale 2021.

His wood and bronze sculpture titled ‘Embracing Oneself Again’ will join 453 other pieces in an exhibition at the Chelsea Old Town Hall located along King’s Road in London from June 30 to July 4.

Thousands of applications were received from artists worldwide for the fifth edition of the event, regarded as the second most important curated Art Biennale in the world after the one in Venice, Italy.

“I submitted mine without expectations, ” said Ch’ng, 49, in an interview.

“I was pleasantly surprised to be picked. It’s a great feeling and motivates me to continue my art journey which has spanned almost three decades.

“More importantly, it is also an affirmation that Malaysian artists have the talent to be on the world stage. Our mix of cultures and rich history opens our minds to many different things.”

He revealed that the chosen sculpture is part of his ‘The Mask – Second Chance’ series inspired by dried and burnt wood pieces he saw in an antique shop. 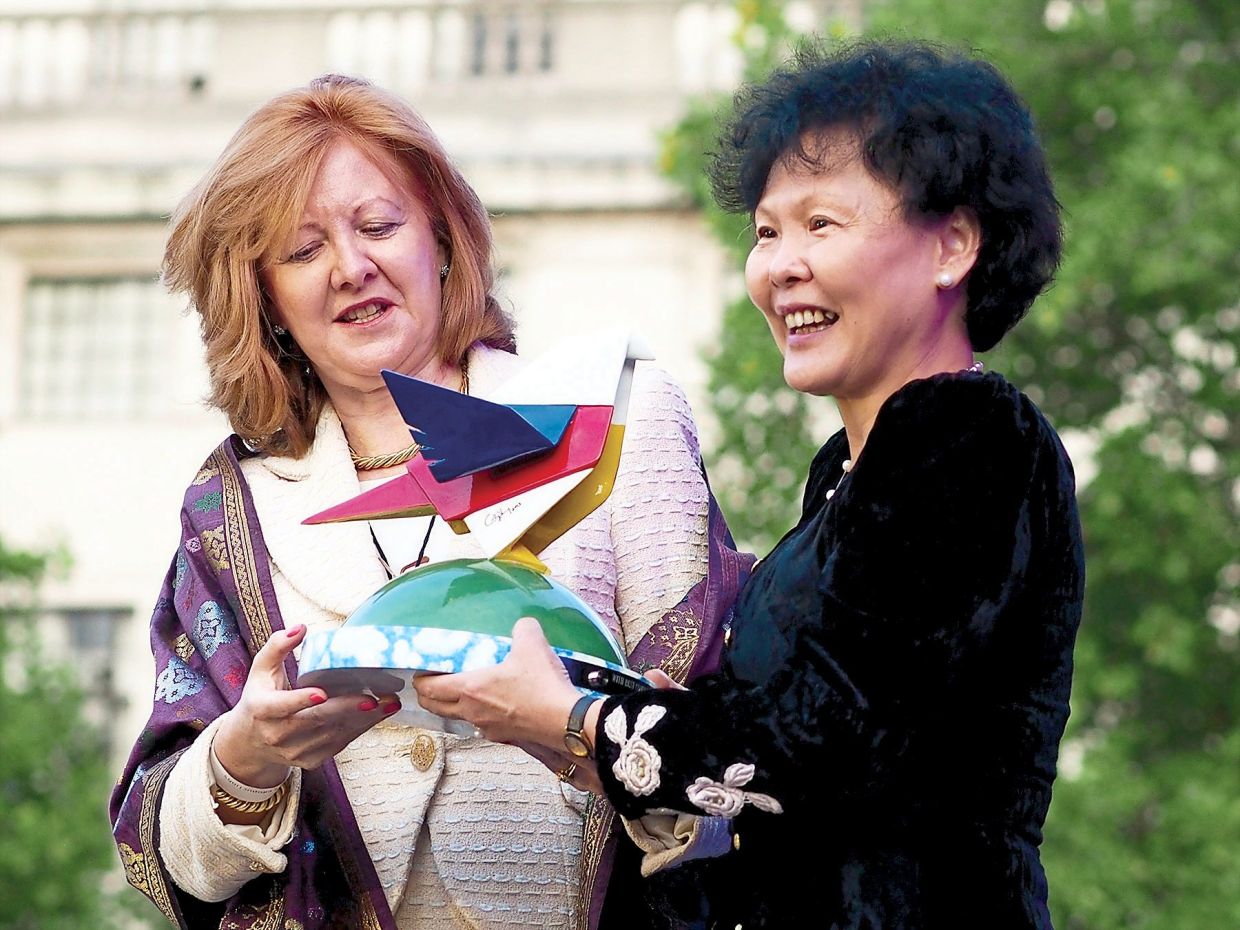 After finding a fallen branch sometime later, he recast it in bronze. A mask, cast from an actual chicken foot, was then added to it. This references the death masks many cultures use as a form of commemoration.

“Although just deadwood, it makes one wonder what stories they hold. Like any organism, plants and trees undergo many chapters of existence before they die.

“We can use our imagination and creativity to breathe new life into them – not as tables and chairs – but as art pieces that tell a deeper story.

“My aim is to inspire the living to find purpose in life and strive for greater heights. As an artist, that’s what brings me a lot of satisfaction, ”said the George Town native.

Most would also know him as a successful businessman, being one of the two principals running Ghee Hiang, the oldest biscuit and sesame oil manufacturer in the country with a 165-year heritage.

“Art has played an important part in my life since my university days in Australia. I studied on weekdays and did paintings and ceramics on weekends.

“Without art, life would be rather boring. There is still a need for it despite the pandemic, ” pointed out Ch’ng, whose work has fascinated the London public before.

During Malaysia Night celebrations held at Trafalgar Square in 2013, his sculpture titled ‘Salam’ was presented as a national gift to the City of London. It was shaped like a bird and carried the flag colours of both nations to represent the close ties shared.

Another sculpture titled ‘Hand in Hand’ was also presented as a national gift to China in 2011. Standing 2.7m high, it was the largest national gift the country had presented.

Besides Malaysia, China and the UK, his works are also in collections in France, Australia, Singapore, Hong Kong, Thailand, Belgium, the UAE and the US.

He is currently also having his 19th career solo exhibition at the PinkGuy Gallery in Kuala Lumpur, albeit only virtually due to the lockdown. It is titled ‘Nyonya-Ren: The Resurgence of the Phoenix’.

Ch’ng has held positions as president of the Penang Art Society and committee member of the National Art Gallery of Malaysia and Penang State Art Gallery.

He also founded ArtGrup Penang, One East Museum and also his own CHT Network.