(From row, from left) Mohideen with Che Abdullah and Norlela checking out herbs grown at the Consumers’ Association of Penang urban and organic farm at its premises in Jalan Masjid Negeri, Penang. — Photos: CHAN BOON KAI/The Star

THOUSANDS of Penangites have obtained government aid to start their own food garden and saved up to RM110 a month off the fresh vegetable purchases of their families.

The funds, he said, came from Federal Government’s allocations of RM37mil for urban farming projects this year and last year.

He said the allocations came from the ministry and National Economic Recovery Plan (Penjana).

“Through the allocations for Penjana, RM7.32mil was allocated and benefited 13,524 individuals and 632 communities. Che Abdullah (middle) harvesting okra at the farm in George Town. With him is Mohideen (left).

“As for this year, the Agriculture and Food Industries Ministry has allocated RM21.18mil, which will benefit over 27,000 individuals and over 1,000 communities.

“We are still processing applications and those who are interested can apply at their respective district agriculture offices.”

He said the concept of urban farming would enable people who do not have agricultural land to take part by adopting different approaches such as vertical farming.

“For individuals, the government is giving them farming materials worth RM500 in the form of seedlings, fertiliser, infrastructure and equipment.

“Through the programme, it is found that people are able to save RM110 in grocery expenses a month, ” Che Abdullah told 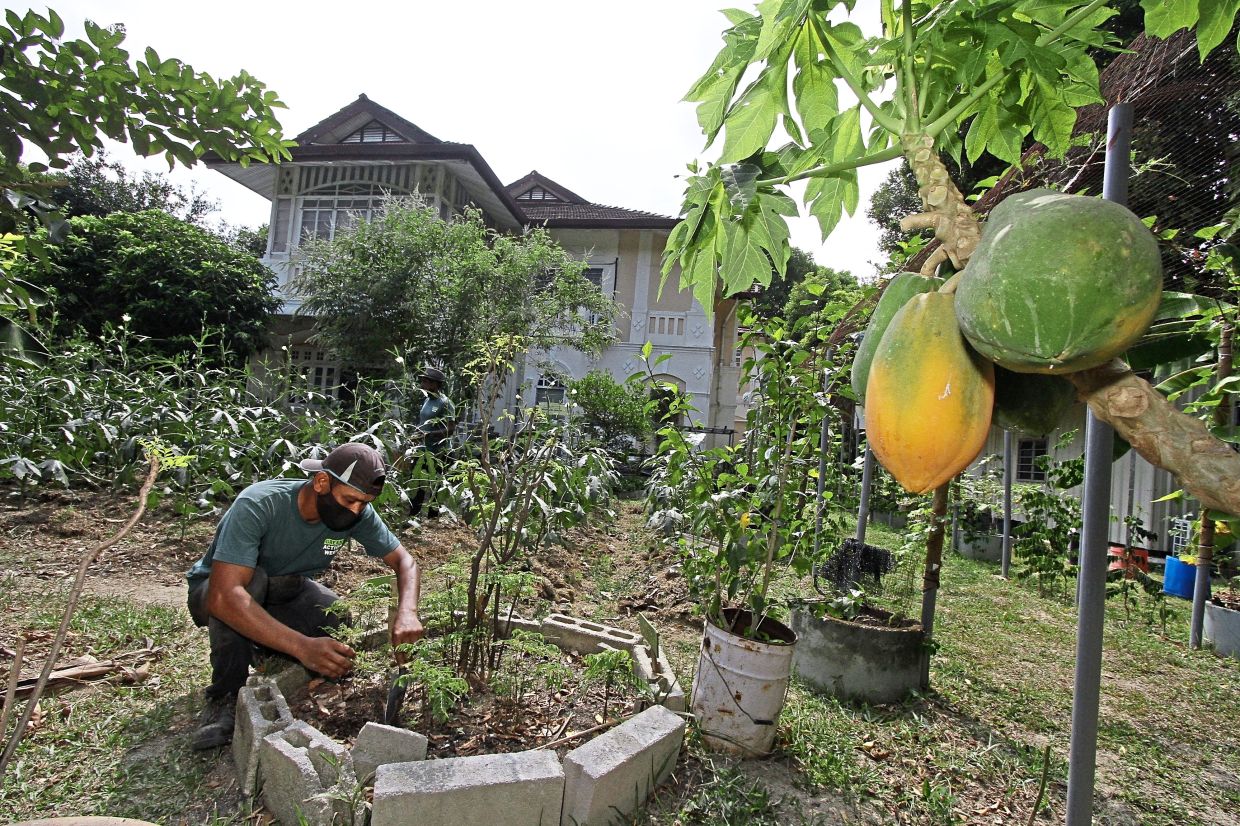 A worker tending to the plants at the farm.

On a separate note, Che Abdullah said the government would make sure that there is sufficient rice seeds so that there will be enough rice supply at a reasonable price.

“National Farmer’s Organisation (Nafas), that is elected as the sole wholesaler, has started to make sure that the yield is on time and to be sold at a reasonable price.

“Previously, the government set the ceiling price, but sometimes farmers have to buy the seeds from traders at a price higher than that.

“We have given Nafas the trust to supervise the issue.

“Prior to this, we had 11 seed producers selected by the government through open tender but it did not solve the problem.

“This is a dynamic problem, but we always care about our farmers and take dynamic action to solve the problem, ” he said, adding that the seeds are being sold at RM35 for 20kg.