FOR decades, Kuala Lumpur City Hall (DBKL) has been fighting a losing battle over illegal advertisements.

Of late, the capital city has seen a drastic drop in bunting and banners stuck on lamp posts, traffic lights, road signs, trees as well as on pillars at LRT and MRT stations.

It seems like the local authority has finally found an unlikely ally in the Covid-19 pandemic and movement control order.

According to DBKL, there has been a notable decrease in advertisements promoting festivals, cultural events, promotions and exhibitions.

“We notice that there are less of these types of events, probably because exhibitions and trade shows are not allowed to be organised during the MCO, ” said DBKL executive director (Socio-Economic Development) Anwar Mohd Zain.

Enforcement on illegal bunting was suspended last year from March to May, and all 11 DBKL branches reported a drop in the number of such materials. 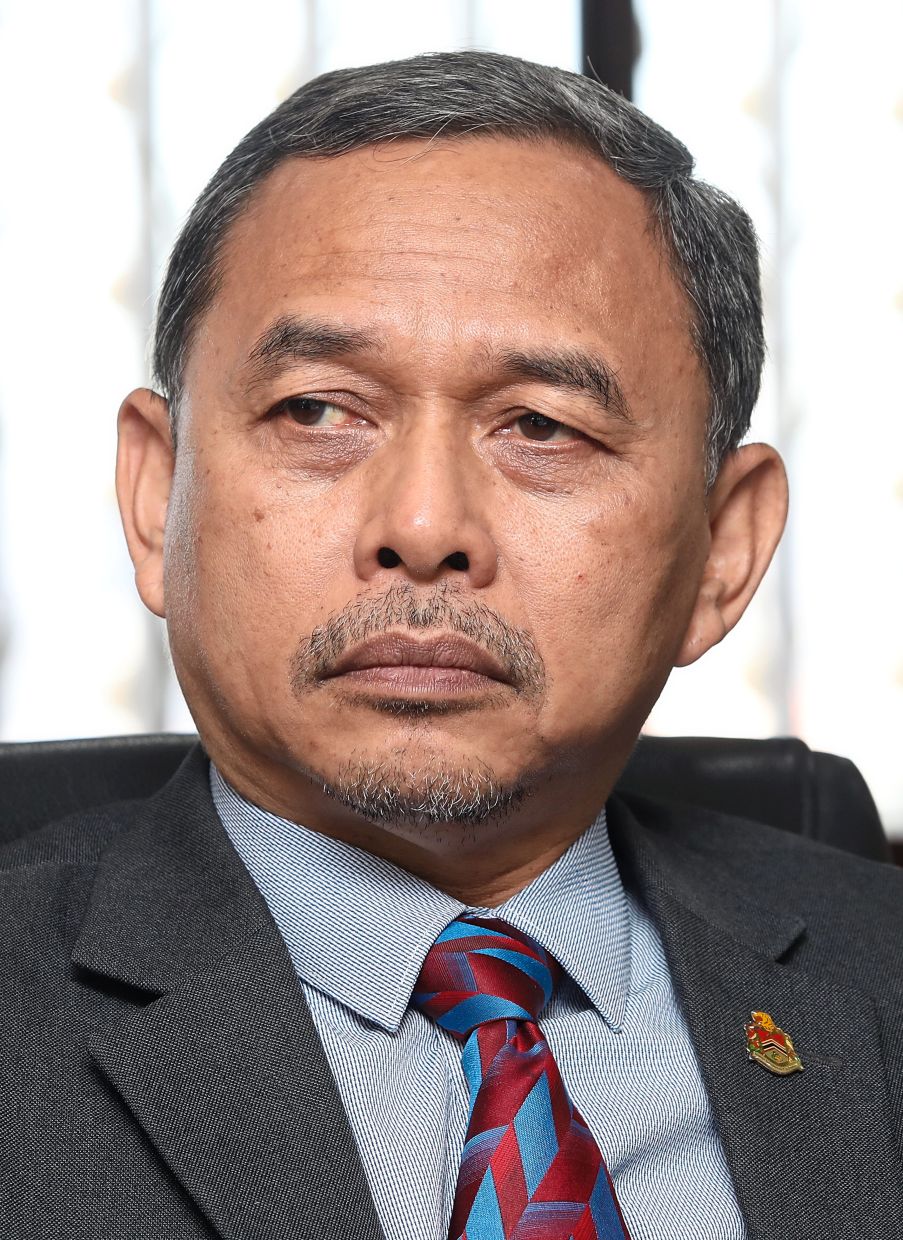 Anwar says since December last year, 37,726 illegal banners have been taken down.

“Personally, I have also noticed a decrease, especially in bunting and banners promoting events.

“This is due to the timing.

“Nevertheless, enforcement will continue for other types of illegal advertisements, ” he pointed out.

Anwar said even the number of billboard advertisements had gone down, with most boards either being empty or displaying events that have ended.

Since December last year, 37,726 illegal banners had been taken down, which he said was a big drop considering that the numbers used to be seven digits.

Kuala Lumpur residents too have noticed a decline in unsightly advertising on city assets.

However, those bunting and posters promoting illegal moneylending, sale of residential properties as well as services such as car wash, plumbing, car gearbox repair and reconditioning are still prevalent in neighbourhoods.

“The road sign outside my house has never been free of illegal advertisements concerning property launches and loan services.

But lately, there has been less of such advertisements, ’’ said CS Tan, a resident of Bukit Indah in Overseas Union Garden.

“They are replaced with ads for services such as grass-cutting as well as car and washing machine repairs, ” he noted.

Tan said he would usually remove the unsightly bunting and posters three times a week, but now he did it only once a week.

Its chairman Wong Chan Choy said the advertisements used to be everywhere.

“Promoting IT services, education courses, talks on taxes – all sorts of services, ’’ he said, adding that it all came to a stop in the middle of last year.

“I have no doubt that the MCO may have played a big part in the decrease, but we are proud to say that the RA has been quite diligent in its war against illegal advertising too, ’’ he said, adding that the residents were roped in to report the issue to the authorities.

“We encourage anyone who sees people putting up illegal advertisements to report it to the authorities immediately.

“Some even go as far as removing the unsightly materials on their own, ’’ said Wong. 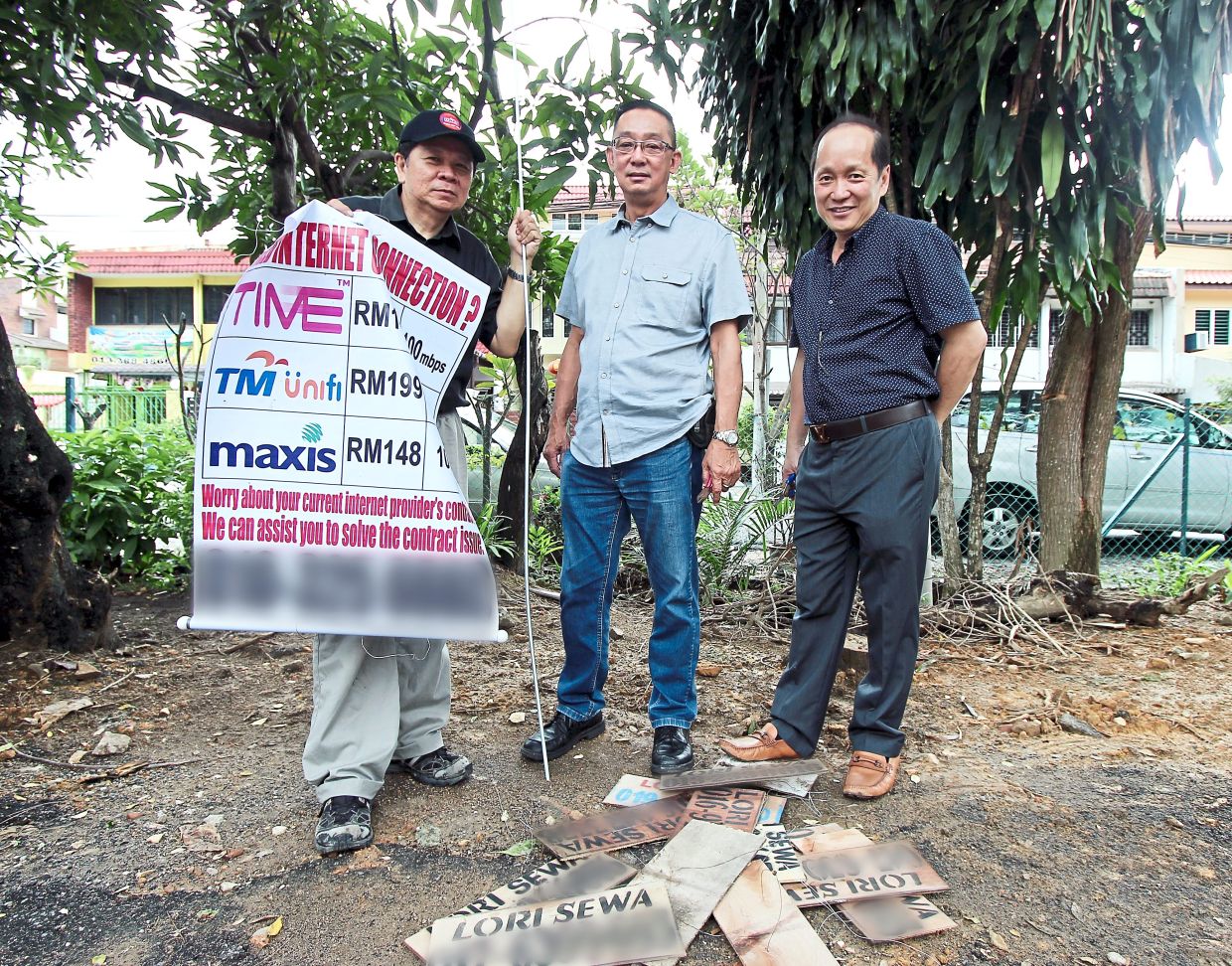 Bukit Bandaraya Residents Association adviser Datuk Mumtaz Ali has also noticed a significant drop in illegal advertisements, although there has been an increase in the promotion of car wash services, kindergartens, car gearbox repairs and property launches.

“The bunting are replaced two days after the local authority removes them.

“I have complained to DBKL about this so many times, there is just no end to it, ’’ he added. Township of banners

In Brickfields, however, illegal advertisement appears to be just as bad as it was before the pandemic, particularly along Little India.

“There is no change really.

“The number of banners and bunting here are increasing, probably because this is an area with high foot traffic, ’’ said Brickfields Rukun Tetangga chairman SKK Naidu.

Most of the illegal advertisements in Brickfields are for wedding fairs, catering services and furniture sales.

Meanwhile, some are seasonal, such as for festivals and personal birthday messages.

Crescent Court resident Joe Selva describes the situation in Brickfields as a “carnival”.

“All sorts of banners from Ponggal greetings to birthday messages are put up here and they do not come down until DBKL workers remove them.

“Some advertisements carrying faces of politicians are displayed on lamp posts, traffic lights and fences for months, even years, ’’ said Joe. Organisations that put up seasonal banners should take them down once the event or celebration is over.

According to DBKL, illegal advertising on public property and assets without approval can result in suspension or termination of the wrongdoer’s business licence under the Advertisement By-laws (Federal Territory) 1982, which impose a maximum fine of RM2,000.

However, the local authority finds the RM2,000 fine too low and plans to increase it to RM50,000.

“My stand is clear. No one should put up any form of illegal banners in Kuala Lumpur, ” said Saravanan.

“We are aware of these banners and they were put up by NGOs that wish to show their appreciation to the minister.

“The NGOs receive aid and contributions from the ministry and they want to give something back as a token of appreciation, ” Rajah added.

SWCorp: Hundreds of banners, bunting end up in landfills and rivers