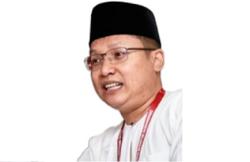 Pasir Gudang City Council (MBPG) is in the midst of preparing its Pasir Gudang Local Plan (RTPG), which will reveal the city council’s plan on land use according to government policy as well as ensuring sustainable development.

Mayor Asman Shah Abd Rahman said the plan would highlight the potential in each of the 24 zones in Pasir Gudang.

“Kampung Pasir Gudang Baru, for example, has the potential to be turned into a destination for agrotourism, as it is a village surrounded by ongoing development.

“The RTPG will be given to the state government by October this year, so that it can be included in next year’s budget, ” he said when met at his office at Menara Aqabah in Johor Baru.

He added that the city council would also provide the villagers with soft skills training to enable them to communicate with visitors who come to their village.

“Each villager involved in agro-tourism activity will also go through training on industry and environmental awareness, business know-how and social media management.

“We have also requested for help from the Housing and Local Government Ministry in developing its infrastructure and road signs, ” he said.

Asman Shah said the villagers must come up with a more sustainable way of generating income instead of depending fully on what they catch at sea and from the mussel farm.

“Being a full-time fisherman means that there are certain periods where they will not be able to gain income (such as during the monsoon season).

“And if they go on harvesting mussels, that would still not be enough to get them out of their B40 status, because they sell their produce as it is without any added value; they can sell their items at a premium price if there is added value.

“They should come up with other ways of selling mussels such as removing the shells, selling it by grade and size, or even selling frozen mussels to add to their income, ” he said, adding that MBPG was more than willing to help the villagers in this regard.

Asman Shah said all villages in Pasir Gudang were under the jurisdiction of the Pasir Gudang District Office and MBPG could only help through its corporate social responsibility initiatives.

“We can even help them promote their agro-tourism product and brand the place through social media but at the same time, the villagers have to take the initiative to make sure there are activities for visitors, ” he said.

He added that aside from Kampung Pasir Gudang Baru, MBPG was currently conducting upgrading works at Bukit Layang-Layang Pasir Gudang and moving a ceramic factory from the Pasir Gudang Industrial Area to a more visitor-friendly location.