Fishing Industry Zones (ZIP) will be a main focus of the Johor government this year as it looks to implementing its food security agenda.

State agriculture, agro-based and rural development committee chairman Datuk Samsolbari Jamali said the state has identified five locations across the state to be gazetted as ZIP.

“They are Kesang Laut and Parit Keroma in Muar, Mawai and Sungai Johor in Kota Tinggi as well as Kukup in Pontian.

“However, due to the movement control order, this project is currently on hold and will resume once the pandemic has petered out, ” he said when met at his office in Kota Iskandar, Johor Baru.

He added that the project was important as there were currently no designated areas in the state for such agriculture activities.

“ZIP is crucial as it will give mussel and fish breeders a chance to generate income without the threat of future development, land reclamation or pollution.

“Identifying each location is also not easy as different products require different habitats to breed.

“For example, mussels need to be bred on collector lines that are tied on a buoy with at least 3m deep water while fish farming requires at least 5m deep water and both farms must be placed on calm waters, ” he said. 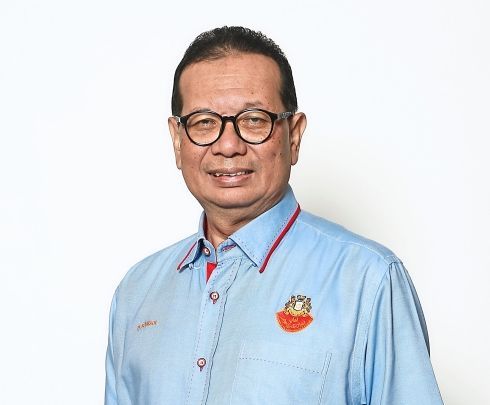 He said ZIP would also ensure that all breeders were in one designated location and not scattered across the state.

Johor fishermen also caught 64,139 tonnes of fish from the sea worth over RM558mil and produced 15,720 tonnes of fish worth RM275mil from agricultural activities in 2019.

“For fish farming, the state hopes that fish breeders can expand their downstream products such as producing dried fish.

“Having a variety of downstream products will expand one’s market reach, thus generating more demand and income for the breeder, ” he said, adding that fish farmers would need to be more creative in marketing their produce.

In 2019, there were 71 registered fish breeders in the state, with over 1,772 tonnes fish produced in Johor Baru alone.

Samsolbari said fishermen should also take the initiative to change from traditional methods and adopt more sustainable and profitable ways of breeding.

“It is not easy to start and manage a fish breeding facility, but we are willing to help anyone who has the same vision and target as the state government.

“This will be a complementary industry to the traditional fishing activities, ” he said, adding that the government had provided fishermen with aid in the form of boats, engines and fishing nets.

On the topic of mussel farming in the Straits of Johor, Samsolbari noted that the state government was currently looking for alternative sites to start a mussel farm.

“One of the locations identified is Sungai Johor because moving the current farm to another location is not easy.

“So, we decided that it would be better to have a new location under the ZIP project to have a more sustainable farm, ” he said.