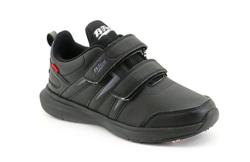 TWO local companies have joined hands to give the #KitaJagaKita campaign a further boost.

The campaign is a call-to-action by Primeworks Studios and Wau Animation to support the nation’s heroic efforts in combating the Covid-19 pandemic.

And they are getting a little help from Malaysian child spy Ejen Ali, the titular character of the popular animated series.

Wau Animation chief executive officer Usamah Zaid Yasin said: “Without the frontliners battling Covid-19 and protecting the rest of Malaysians, we would not be here on the way to rebuilding the country’s economy.

“We thank them for their sacrifices and, in our humble efforts, dedicate Kita Jaga Kita to them.”

Primeworks Studios chief executive officer Datuk Ahmad Izham Omar said: “We hope the #KitaJagaKita spirit will continue to encourage our beloved Malaysians to give their love and support for our home-grown products, in an effort to improve the country’s economic situation.”

Usamah further said, “It is indeed our responsibility to fight this pandemic together.

“And we hope to raise our collective Malaysia Prihatin spirits during the celebration of Malaysia’s nationhood together.”

Ahmad Izham explained that the phrase #KitaJagaKita was initially conceived by Altimet and Malik Abdullah as an anthem to rally up the fighting spirit in Ejen Ali The Movie.

Since many families have been homebound during the pandemic, Ejen Ali is taking the opportunity to introduce a series of new products to encourage people to spend leisure time with their loved ones.

A set of collectible trading cards have also hit the shelves, under “Ejen Ali Misi: Alliance, ” where collectors can build their personalised decks and battle each other.

Also available is the latest limited-edition hand-drawn comic book, Ejen Ali: Side Mission that chronicles the adventures of Ejen Ali and his fellow agents beyond the television series and movie.

The new merchandise line is available on popular e-commerce platforms as well as in major book stores and convenience chain stores.

The music video features Altimet’s persona in animated form, represented by the character Andik whom he also voiced in Ejen Ali The Movie.

It reached more than one million views in a week on YouTube.

The original soundtrack is also featured on television and all social media platforms.

Ejen Ali The Movie follows 12-year-old Ejen Ali, who, after being accidentally recruited as a spy, has grown to embrace his role in the covert agency Meta Advance Tactical Agency (Mata) to protect the futuristic city of Cyberaya from outside threats.

He is approached by a rogue figure who claims to know about a surprising personal connection to Ali. The tween secret agent then embarks on a thrilling chase to unravel the mysterious links. 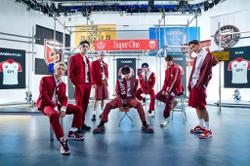