THE level of compliance with the standard operating procedure (SOP) at construction sites in Penang has reached 95%.

The Construction Industry Development Board (CIDB) Malaysia Penang director Norlida Nabil said, however, there were some things that needed to be improved especially in marking physical distancing cues on floors for morning gatherings, taking of body temperature and recording attendance.

“The Penang CIDB has visited about 600 construction sites since the MCO was enforced.

“The five percent that did not follow rules properly were issued warnings, ” she told reporters after integrated enforcement operations at construction sites in Penang.

She said the operations were jointly organised by CIDB and several government agencies. 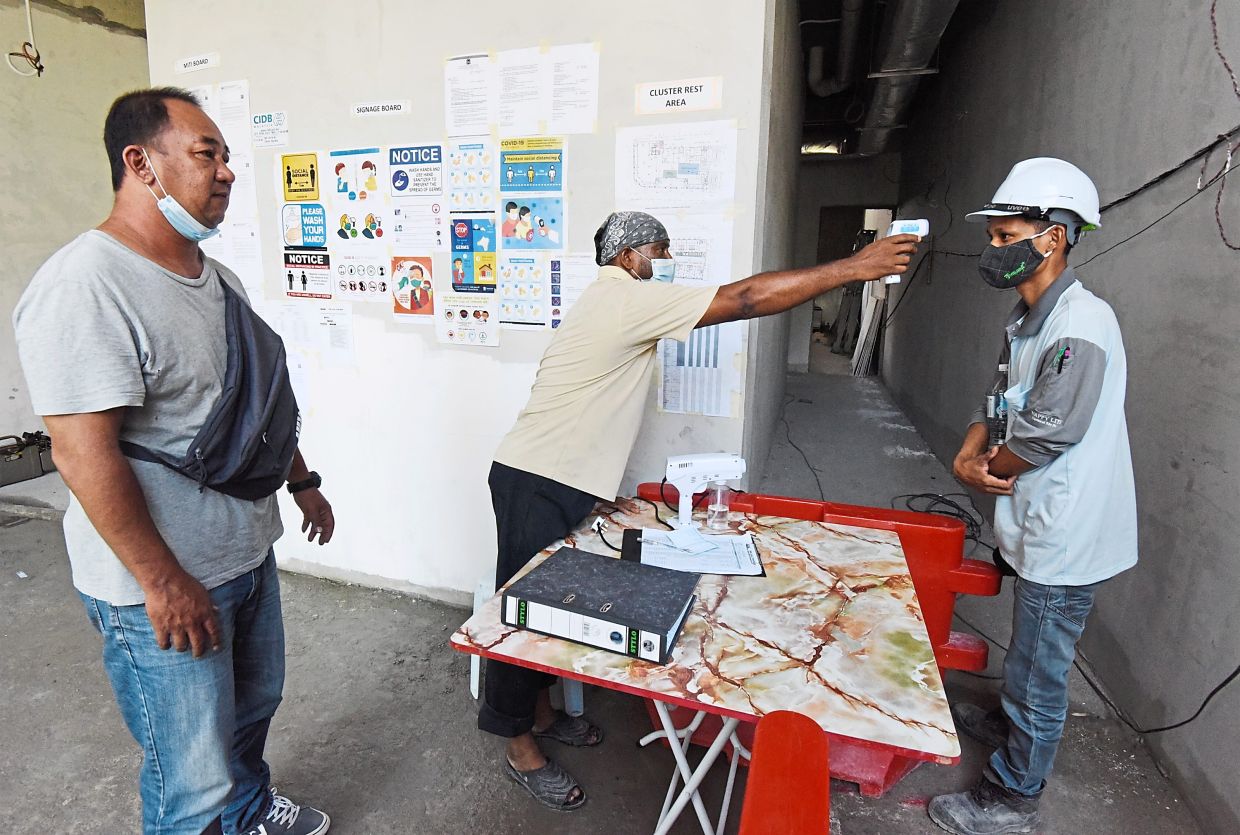 A construction worker getting his temperature check before he is allowed to enter a site in Jalan Datuk Koyah in George Town. — Filepic

Norlida said the operations were carried out to monitor whether those responsible complied with all rules for construction workers outlined by the government and CIDB to curb the virus.

During the operations, 12 warning notices were issued and the main contractors were given a period of three days to submit the required information.

“Among the details required was a list of subcontractors, the latest worker list and a list of building materials used which have received the Certificate of Standard Compliance, ” said Norlida.

“We found 60 construction workers who had no skills accreditation.” — Bernama