Pavithra’s YouTube channel, which mainly featured cooking videos, attracted over 800,000 subscribers in a matter of months.

THERE is something special about this young mother and housewife who has captured many hearts through her cooking videos.

Yes, I am talking about S. Pavithra of the YouTube sensation ‘Sugu Pavithra’.

She did not need to try hard.

Her soft-spoken demeanour and simple ways resonated with Malaysians, regardless of race and religion.

At a time of turmoil when most Malaysians were struggling to make ends meet due to Covid-19 and the movement control order, Pavithra strove on.

Then came the episode that made a dent in her new-found fame.

News of her alleged abuse at the hands of husband, M. Sugu, was splattered across the media, which up to that point had helped in elevating her public profile.

Sugu was subsequently charged at the Ipoh Sessions Court for possession of a dangerous weapon and hitting his wife.

Pavithra posted bail for Sugu’s release and withdrew her police report against him.

This was followed by her rejection of the “Ipoh City Icon” award from Ipoh City Council, saying she did not deserve the recognition.

Why would Pavithra suddenly feel undeserving of the award days after the announcement by Ipoh mayor Datuk Rumaizi Baharin?

Pavithra’s achievements were no easy feat.

Her channel recorded over 800,000 subscribers in a matter of months –- a following many aspiring YouTubers could only dream of.

Pavithra became a source of inspiration to many.

In an interview after that incident, her husband spoke and admitted to deleting all the videos that had become their source of income.

Only Pavithra would know the agony of watching all her hard work and identity as a YouTuber disappear in the blink of an eye.

Having been a subscriber to her YouTube channel, I found many of the videos featured her alone.

Sugu, who had appeared to be camera shy, only participated in a few videos to showcase his specialities, with Pavithra always by his side.

To me, Pavithra was the star of the channel, in which Sugu made guest appearances.

Although Pavithra did mention that her husband helped in filming the videos and looking after the children, isn’t that a reasonable expectation from a supportive husband and responsible father?

This is not a problem faced by Pavithra alone. I am sure many women can relate to her situation.

Asian societies, on the whole, fail to see women as being equal to men.

A woman, even from the more educated middle or upper-class segments, is expected to conform to her traditional gender societal roles.

A wife’s main responsibilities remain caring for her husband and children as well as looking into household needs.

She is expected to bow down to society’s expectations in order to protect the family name.

There is also societal pressure on a wife to portray herself as being lesser than her husband, even if she is more educated and successful than him.

What’s worse is when family members look the other way in the face of domestic abuse.

No, we should not mind our own business!

We must intervene when we witness domestic violence, to ensure a victim’s safety, even if the perpetrator is forgiven.

Where victims don’t have a voice, we must speak out for them.

Generational conditioning that renders women as being inferior to men is so deeply ingrained in some communities that the women are expected to accept, tolerate and compromise when their partners misbehave.

Society has the power to end or at least control such patriarchal norms that often suppress a woman’s talents and inhibit her potential.

Isn’t that what a progressive society is all about?

We all have the responsibility to be the voice of the vulnerable, much like the #MeToo movement against sexual harassment and abuse.

The relevant authorities need to intervene and make counselling mandatory for any case of domestic violence.

The idea is not to break up a marriage or family, but to make the abuse stop.

The Women, Family and Community Development Ministry must step up its efforts.

Perhaps, there can be a mechanism for social workers to keep a close watch on families facing domestic violence.

It is our collective responsibility.

In the case of Pavithra and Sugu, they have had the added burden of coping with sudden fame and success, and have rejected counselling by the Perak Welfare Department.

This couple has a lot going for them.

I truly hope that they rise to the challenges, put their differences aside, work as a team and seek help when they need it. 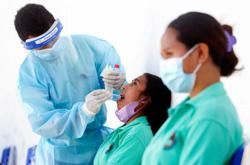 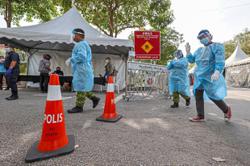