Public urged to let monkeys fend for themselves in the wild

Wild monkeys in the hills of a nearby cave temple in Bercham. — Photos: RONNIE CHIN/The Star

DURING this movement control order (MCO) many people are finding it difficult to go out to buy food or even cook.

Zoo animals are also at the mercy of the public to offer cash and food during this challenging time.

However, this is not the case for a bunch of monkeys near a cave temple in Bercham, Ipoh.

They are being fed by Good Samaritans who have been providing them with food even before the MCO.

Sixty-three-year-old lorry driver D. Karmegam, who has been feeding the monkeys for over two years, worries for their well-being.

“I work in Chemor but I feed the animals with bread and rice nearly every day after my shift ends.

“There are at least five troops, with between 50 and 60 monkeys, near the temple located next to a hill.

“They live there peacefully. Sometimes I even supply them with clean water, ” he added.

Operations manager N. Komala, 27, said she did not mind feeding the monkeys as they were not causing any trouble.

“Since I live near the area, I do not mind feeding them. It makes me happy to see them wandering the hills, ” she said, adding that it also prevented the primates from grabbing her food.

“Stray animals of domesticated species like dogs and cats may need human help, both for their own welfare and to prevent them from harming the ecosystem where they live.

“But wild animals should be left to forage for food on their own, ” she said.

“The association believes that by feeding, the monkeys will lose their natural fear towards humans and this can lead to animal attacks and sometimes infections.

“The food could also attract the animals out from their natural habitat or closed parks to nearby roads, which could lead to them ending up as roadkill or invade housing areas, ” she said.

Dr Nadine said the MCO could give an opportunity

to reset the detrimental relationship between wild animals and the feeders.“The MCO is giving us a chance to build a healthier and more respectful way of co-existing with the wild animals, ” she said.

She added that the closure of some public parks had dramatically reduced the contact between humans and wild primates, disrupting the monkeys’ unhealthy dependence on human food.

Dr Nadine discouraged people from feeding monkeys and called for the authorities to increase efforts to educate the public on the dangers of feeding wild primates.

“If you love them, please leave them alone, ” she added. 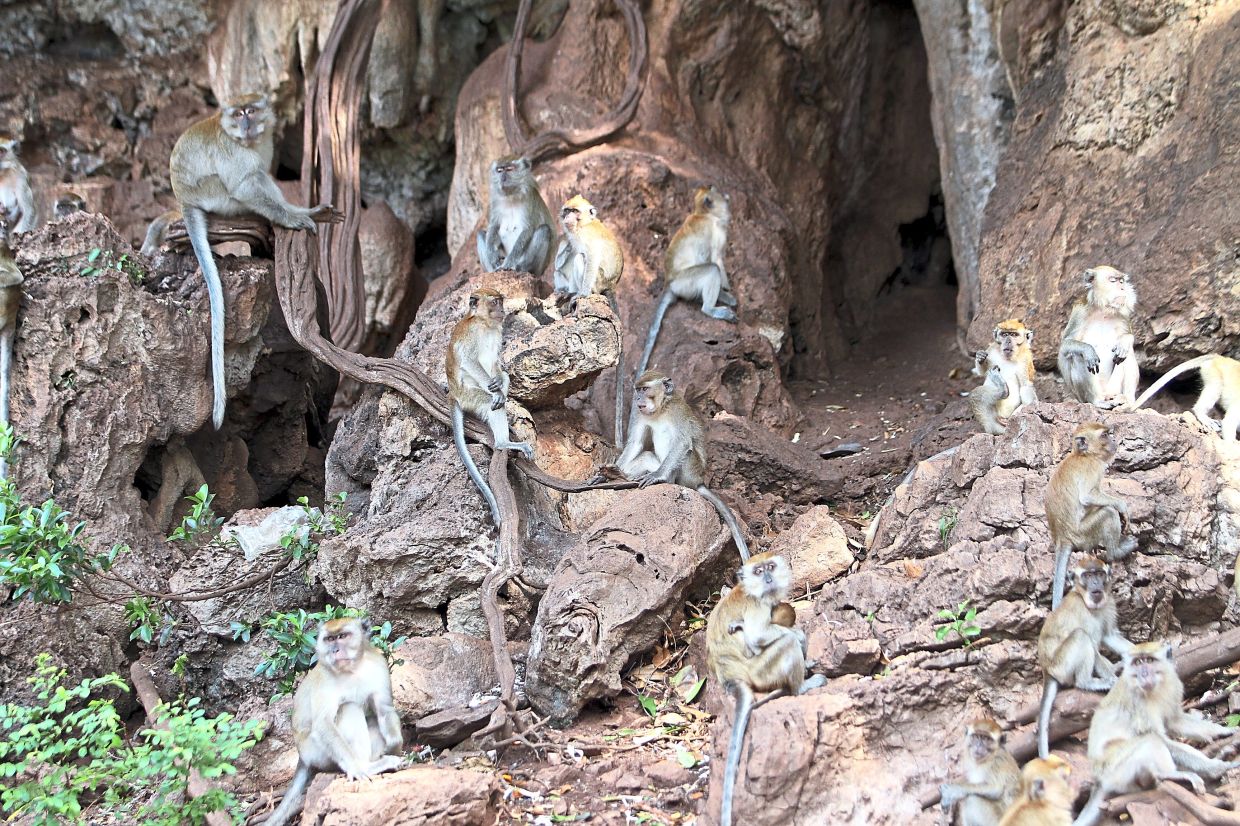 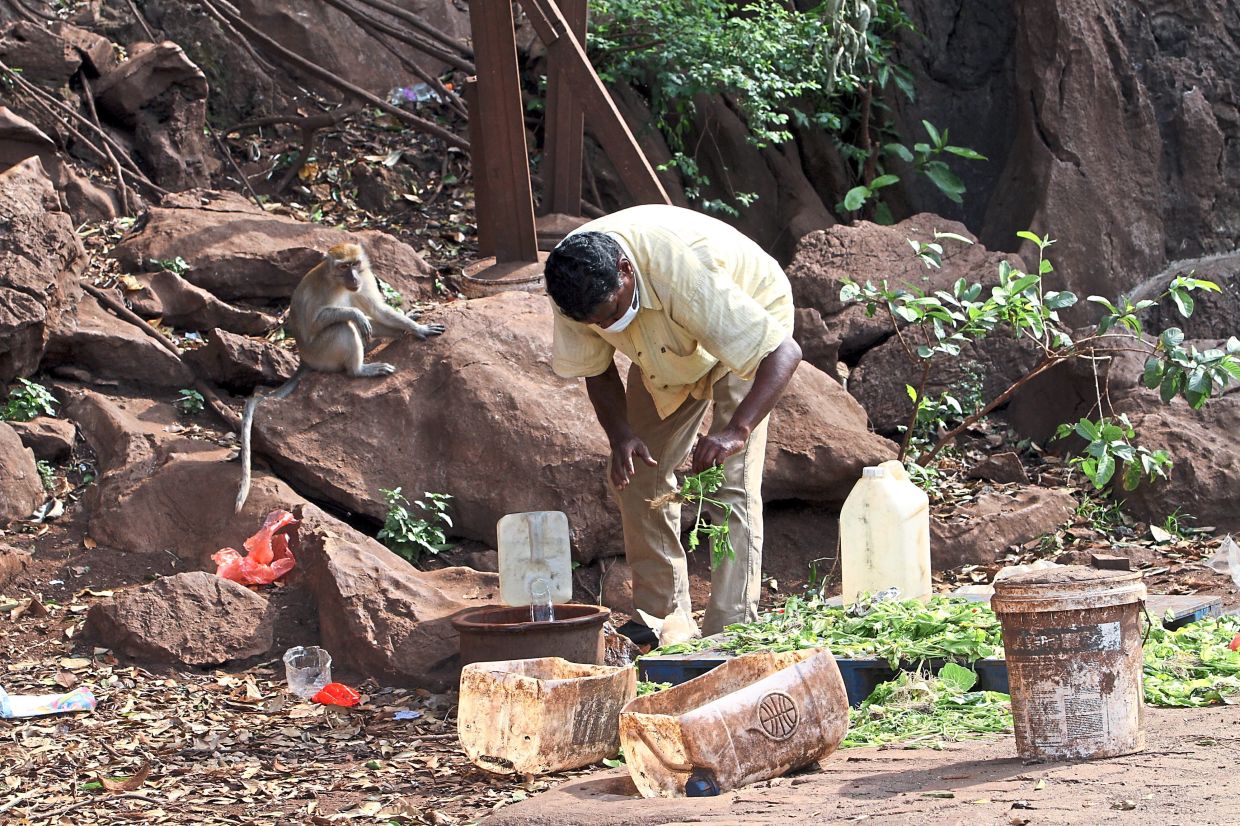 Wild monkeys in the hills of a nearby cave temple in Bercham. — Photos: RONNIE CHIN/The Star

(Left) Karmegam provides bread, rice and water for the wild monkeys every day.