Show of faith and gratitude

The gold ornaments that will be used to pierce the chariot bearer’s faces.

AFTER an 18-year hiatus, S. Vajanthan will be pulling the ratha kavadi (chariot kavadi) for Thaipusam today to fulfil a vow.

The 44-year-old businessman said he prayed for a child for years and was finally blessed with a son after seven years of marriage.

“He is now nine years old. He will sit on the chariot as it travels from the Nagarathar Sivan Temple in Datuk Keramat Road to the Arulmigu Balathandayuthapani Temple in Waterfall Road, ” he said.

He added that he would be pulling the chariot with four others who have their own vows to fulfil.

“I went to India to personally pick the design and materials. It is made of wood, iron rods, stainless steel, fibre and decorative items like bells, ornaments and carpet grass.

“Our chariot dubbed ‘Sri Rajaganapathi Chariot’ will carry a six-feet-tall Ganesha statue, our idol that we keep at home and pray to daily.

“We will continue to carry this ratha kavadi for the next three years with different bearers, ” he said, adding that the parts were assembled at his house in Bayan Lepas, Penang.

“The ceremony will start at 11am with prayers and piercings. We will leave the temple at 3pm and reach our destination at 11pm.

“This will be a family chariot and each year, we will take turns to pull it.

“In the last 21 days, the bearers consumed only fruits and milk and in the final seven days, they must sleep on a white cloth on the floor.

“The bearers will be pulling the chariot with ropes attached to the chariot and hooked on to their flesh. Small sembus (milk pots) filled with ash will be hooked onto them as well.

“They will have five tongue piercings, hooks to the face, three piercings on their forehead and one on their cheek, ” he said.

Prasad said they worked round the clock to finish assembling the chariot.

“We would start at 10am every day and continue working until 4am, ” he said, adding that they also had to tow the chariot to the Nagarathar Sivan Temple before the eve of Thaipusam. 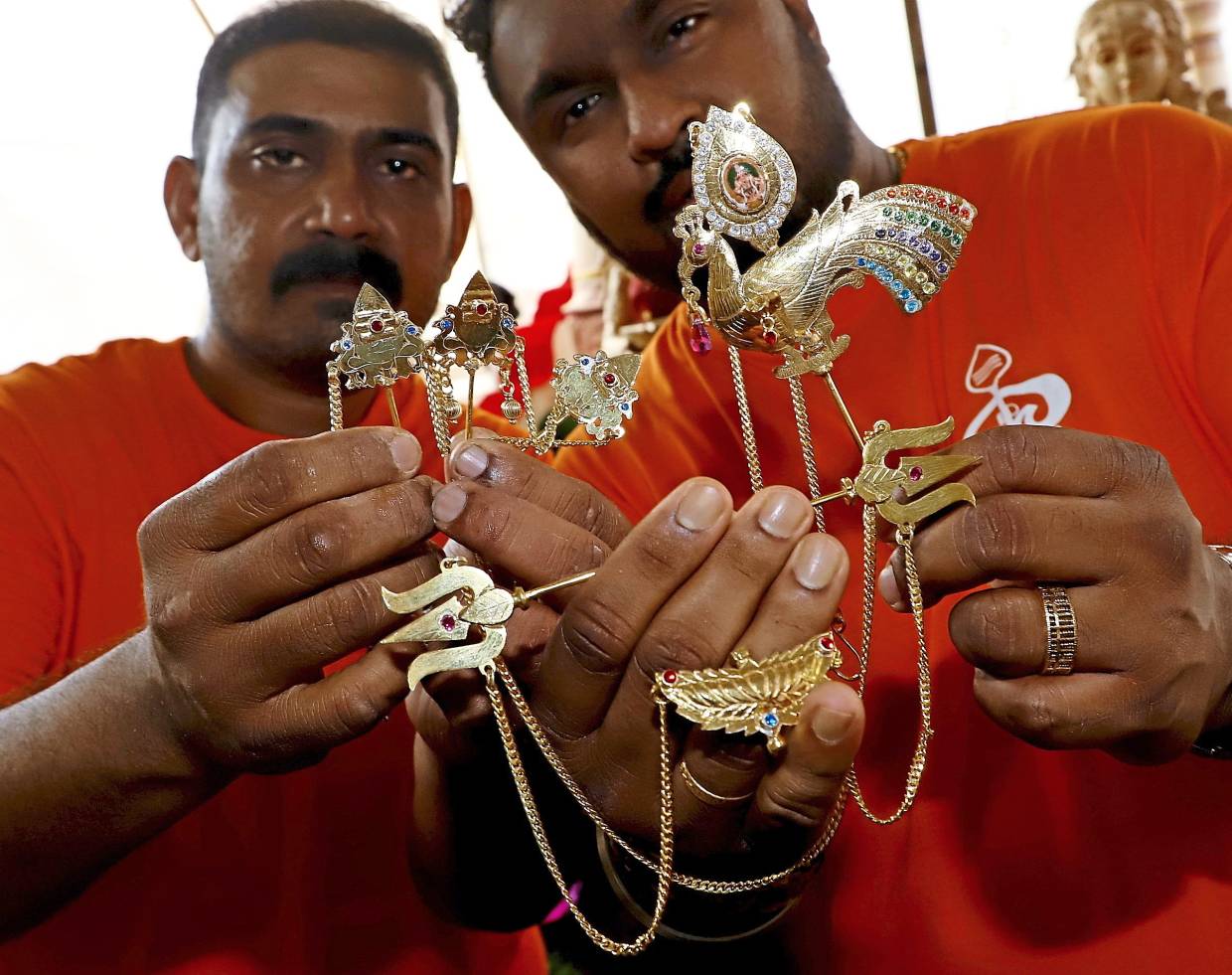 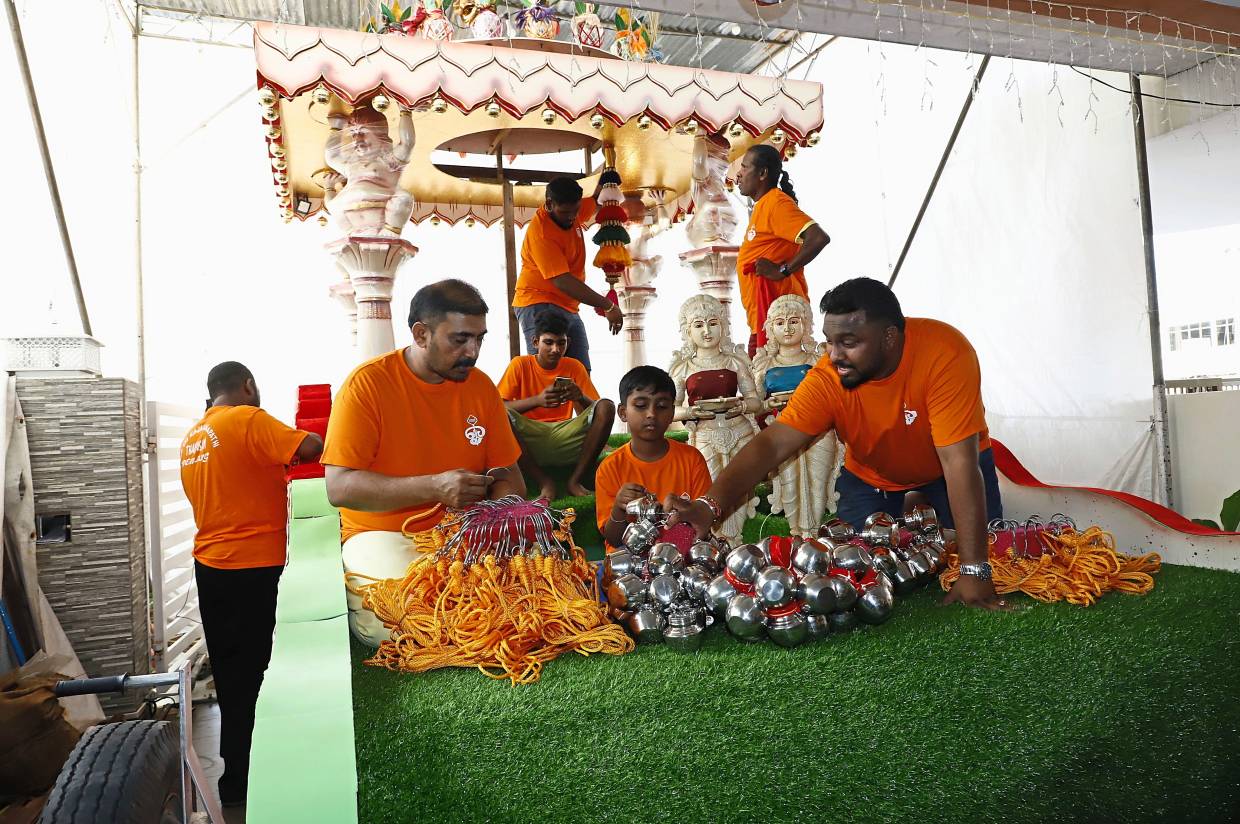 The gold ornaments that will be used to pierce the chariot bearer’s faces.