Pictures of the protected Sumatran bearded pigs known have been captured by MNS using their “camera traps” in the Panti forest reserve in Kota Tinggi. — MNS Johor

KOTA TINGGI: The Panti Forest Reserve needs to be better protected and preserved as it home to an array of wildlife, including the protected Sumatran bearded pigs.

“We are worried that there could be poaching in this forest reserve as we have been hearing gunshots while doing our scientific study in this forest especially on weekends,” he told StarMetro.

Chow added that stricter enforcement of the reserve, situated about 20km from Kota Tinggi town, was needed to ensure poachers do not kill or capture the wildlife including the many species of birds here.

He said Panti and Endau Rompin were important forest reserves in Johor, especially for the migration of the bearded pigs, which are known as Babi Bodoh or Babi Berjanggut among the locals.

“This is a migratory animal which can travel long distances,” he said, adding that these animals could only be found in Johor and parts of Pahang in the peninsular.

According to Chow, this animal was important in the forest’s ecosystem as it was an important source of food for tigers. 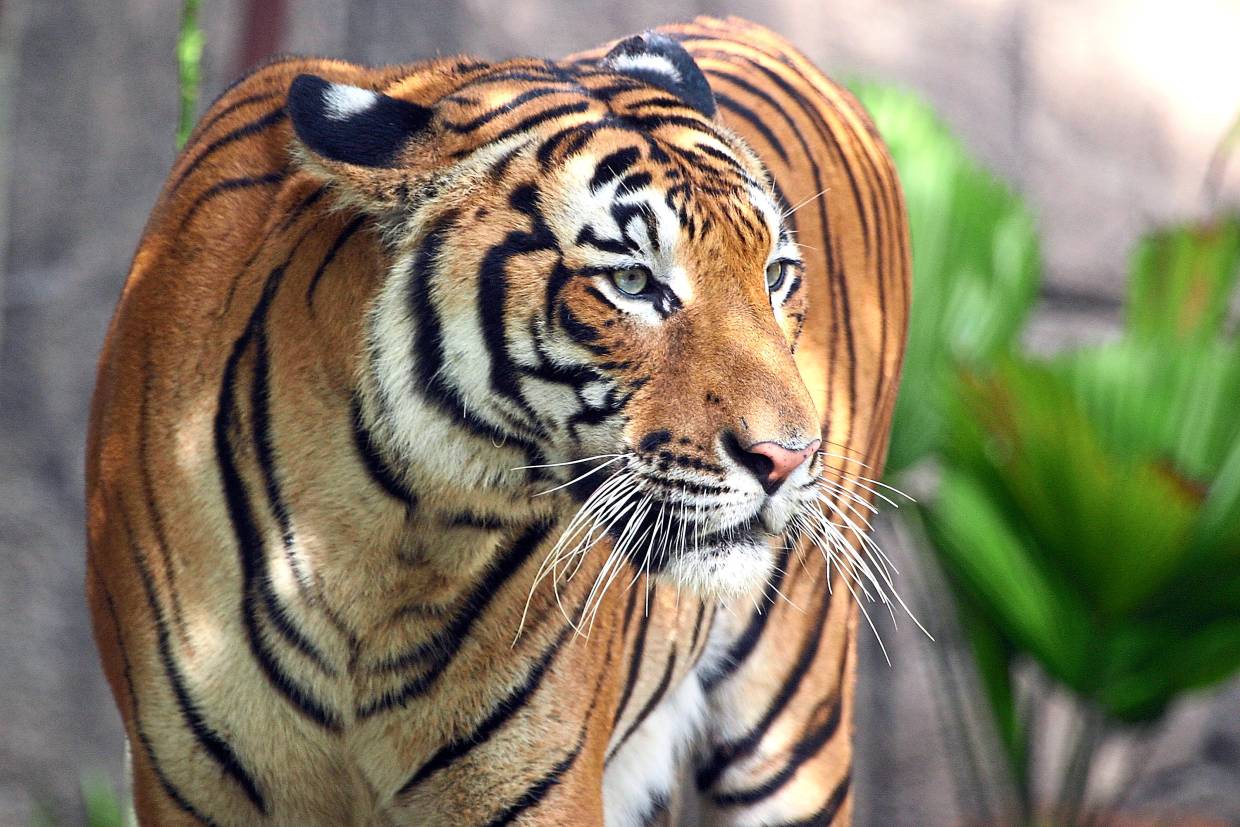 The Malayan tiger population in the country, which has been estimated to be as low as 250, will hopefully rebound with a good food supply. — Filepic

“Thanks to the decree from our Johor Ruler Sultan Ibrahim Ibni Almarhum Sultan Iskandar two years ago, the bearded pig is now protected in Johor and the numbers have slowly started to climb in Panti.

“We know that their numbers are increasing as we get a lot of their photos in our camera traps placed around Panti, which covers an area of 1,800ha,” he said.

Chow hoped that this would also lead to an increase in tiger population due to the abundance of food source in the forest.

The environmental activist said the Sumatran bearded pigs, which weigh as much as 100kg, were good swimmers and take advantage of the changes in sea tide to get across the Straits of Malacca.

“They also make their way to Pontian, then to Pulau Pisang and Pulau Karimun in Indonesia before reaching mainland Sumatra,” he said, adding that some would use Melaka as a transit point before crossing the straits to Pulau Rupat in Indonesia.

“They are like migratory birds which travel from Siberia to New Zealand during the winter,” Chow said, adding the bearded pigs moved around foraging for food.

These pigs usually migrate from Indonesia when the low-lying areas get flooded and head towards Malaysia, including to Melaka and Johor. “Once food sources here are exhausted, they will then go back to Sumatra via the same route,” he said.

In the 1950s, these pigs used to move by the hundreds or even in the thousands, but in recent years, due to deforestation and the destruction of their natural habitat, their numbers have dropped.

“Their movements across the countries have been documented by researchers who studied the migration pattern of the Sumatran bearded pigs,” Chow said, adding that this migratory phenomenon was behind the recent discovery of Babi Bodoh on Pulau Besar, off Melaka.

He said the habits of the bearded pig were documented in a 455-page book titled Ecology, Conservation and Management of Wild Pigs and Peccaries which has a chapter on this animal.

In Malaysia, there are two types of wild boar, namely, the commonly found Eurasian species and the bearded one.