WITH the rising concern over plastic waste from the bubble tea business, some owners are adopting more eco-friendly measures such as serving their drinks in paper cups, offering paper straws as an alternative and encouraging customers to bring their own tumblers.

The matter was highlighted at a meeting in August between Subang Jaya Municipal Council (MPSJ) and bubble tea shop operators in SS15, Subang Jaya.

“The bubble tea phenomenon can be a useful in-road into educating the public about going green, and the government must leverage on this wave.

“A large buy-in into bubble tea means that we have a ready mass of users whom we can reach out to.

“The question is, how do we use incentives of pricing mechanisms in order to encourage behavioural change among customers,” she said.

“The added challenge here is that a lot of bubble tea shop operators are franchisees who are using brands from overseas. Whether or not the packaging can be changed requires approval from their franchisers.

“Given that green initiatives are largely voluntary, we do not yet see a shift in behaviour until regulation kicks in.

“So if the soft approach of engagement with users or operators does not produce results, the government must look into legislation to cause behavioural change,” added Ng.

There are currently 29 bubble tea shops in SS15. 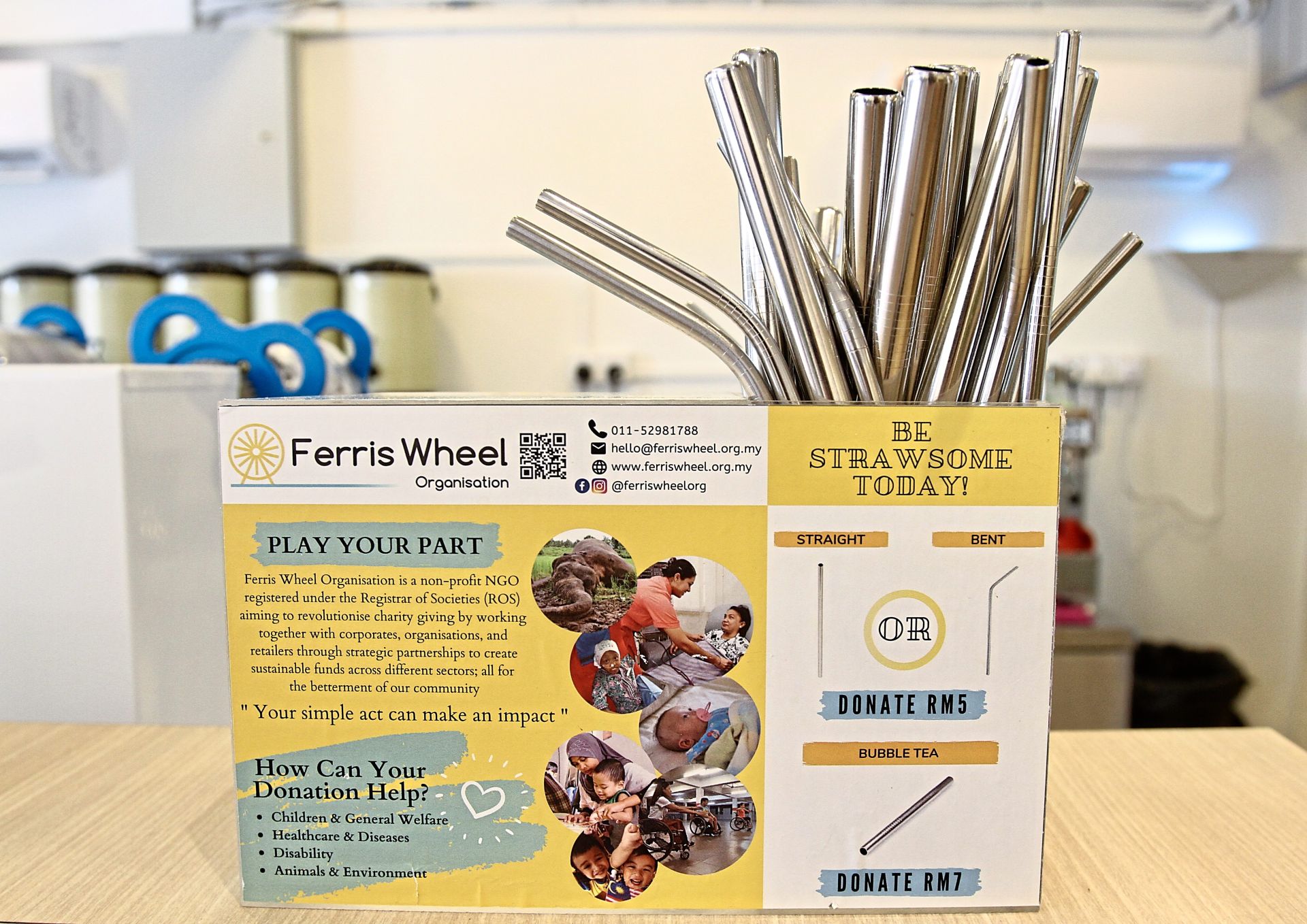 The sale of metal straws at I’Milky helps the environment and a charity at the same time.

At Whale Tea, a brand from China, drinks are served in paper cups or recyclable plastic cups and sealed with paper. Paper straws are offered instead of plastic ones.

These practices have been in place since the shop began operations in July.

“Paper straws cost 30sen each while plastic straws are only a few sen. We have opted for higher quality paper straws that are more durable but cost more.

“But we do this because we want to reduce plastic waste,” she said.

She added that with the whale used in its branding, they had the obligation to reduce plastic waste in order to avoid polluting the oceans.

Poh said the shop was planning to either produce its own metal straws or encourage customers to bring their own tumblers as the next step.

At another shop, I’Milky, there are both paper and plastic cups used, while metal straws are sold at the counter.

Other than selling metal straws or offering paper straws in place of plastic ones, some operators are already encouraging customers to bring their own tumblers.

One such place is local brand Pin Tea.

It is too early to tell if tits customers welcome the idea as it has just been introduced over the weekend.

According to Pin Tea SS15 manager Ivan Chong, the shop had been mulling for months about how to reduce plastic waste.

“The meeting with MPSJ pushed us to act faster, hence we started selling metal straws and introduced the bring-your-own-tumbler initiative,” he said.

Chong said the response for the metal straw sets that were introduced on Nov 11 was overwhelming, to the extent that they had already run out of stock and were currently in the midst of ordering more.

Xing Fu Tang is also offering an incentive to customers who bring their own tumblers to buy drinks at the shop, by giving RM1 discount on the purchase.

Xing Fu Tang Malaysia store manager Sharon Koay said, “It has been quite some time since we started offering this discount and we do see a slight reduction in plastic use as customers bring their own tumblers and metal straws.

“We hope to minimise the degradation of the environment and promote a healthy living environment.” 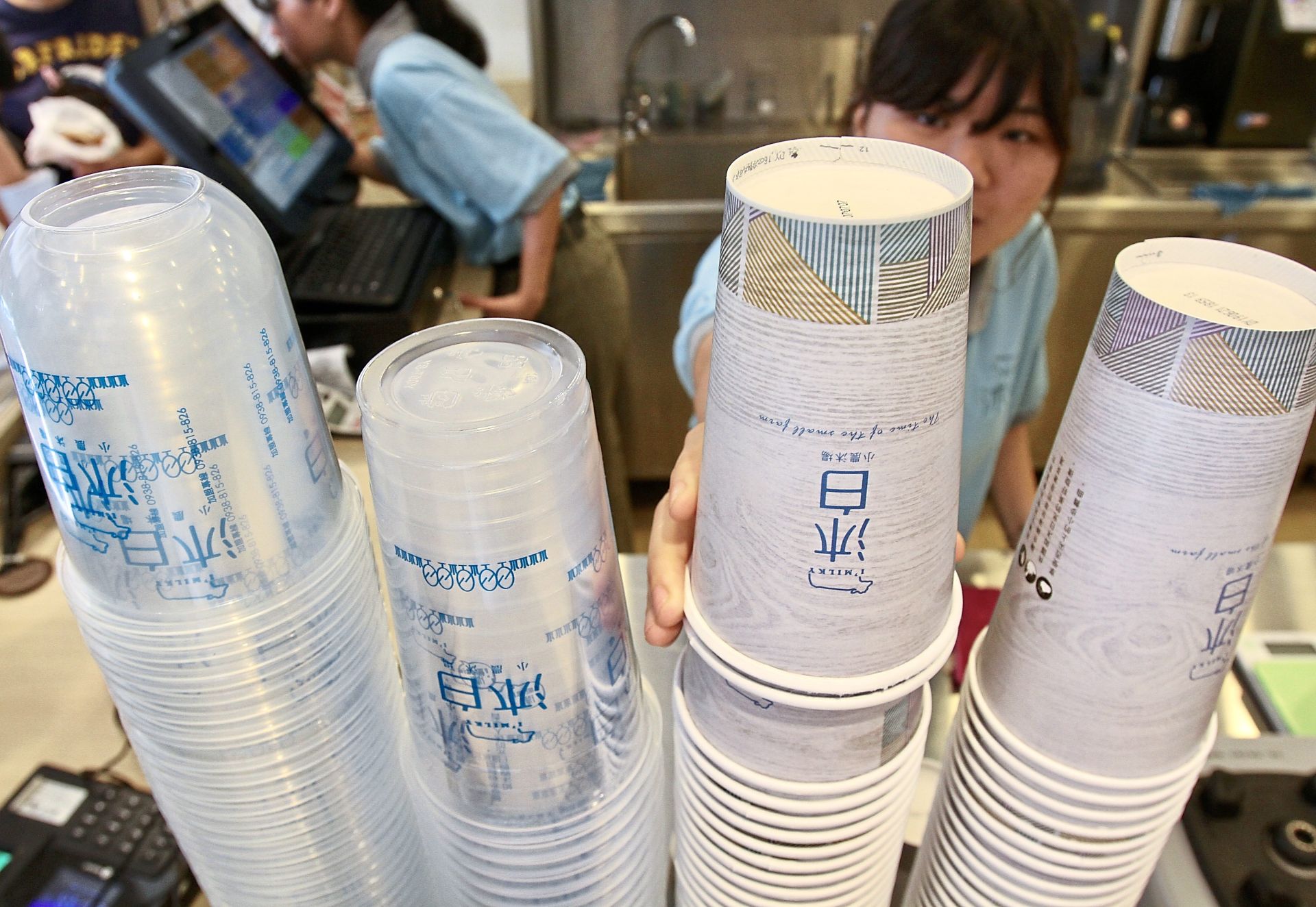 I’Milky is serving drinks in paper cups as a way to reduce use of plastic ones.

Aside from the higher operations cost, another problem is changing consumers’ mindset.

Poh remembered a customer who questioned an employee at the Whale Tea shop: “Who made it compulsory to use paper straw? It does not last long, unlike plastic straws.”

“It will take time for people to get used to eco-friendly practices, but we have received positive and encouraging feedback from a number of customers,” said Poh.

Some franchisees also have to follow the practices of their principal franchise holders, for example being required to obtain their stock, including cups, from the brand’s headquarters. 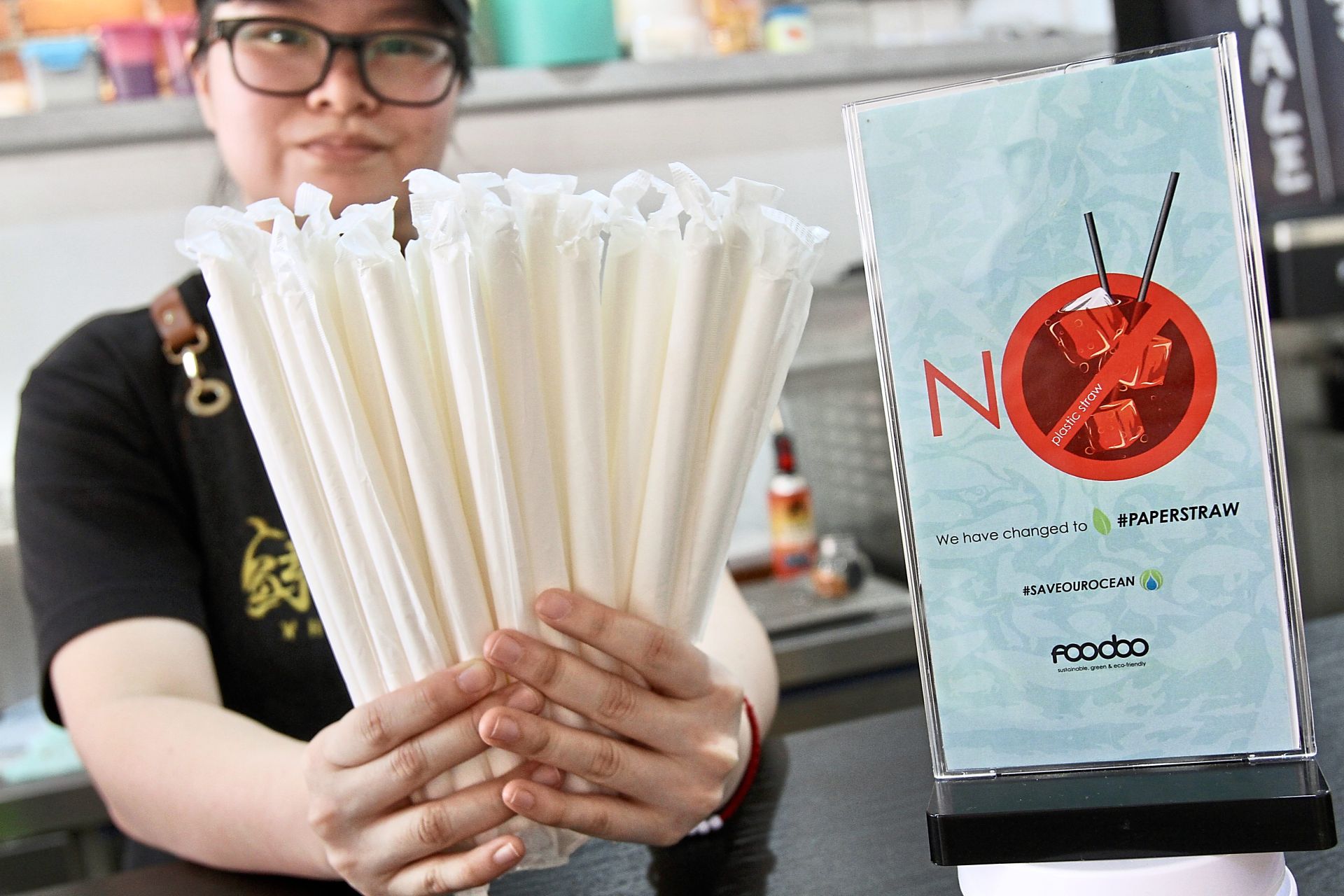 Whale Tea offers paper straws as alternative to plastic ones.

Over in Taiwan, the birthplace of bubble tea, also known as boba or pearl milk tea, the ban on single-use plastic straws began in July, affecting around 8,000 business owners.

According to a news report in Taipei Times, first-time offenders will receive a warning while repeat offenders may find themselves facing a fine of between NT$1,200 and NT$6,000 (RM163.50 and RM817) under the country’s law on waste disposal.

The report stated that the people of Taiwan used nearly three billion plastic straws per year and Taiwan’s environmental protection authority expected its new policy to reduce that number by 100 million a year.

Tan Shu Xin, a Malaysian who is currently working and living in Taiwan, said most drink sellers there now used paper cups and fast-food chains did not provide straws anymore.

“It depends on each shop, some will give paper straws. Customers are also bringing their own straws.

“From my observation, there are some who bring their own containers to buy beverages but it is still not that common.”

Tan added, “My Taiwanese friends are quite aware of eco-friendly practices and have adopted such practices in their daily lives.”

Zeroing in on single-use plastics