The writer (second from left) sitting in a jeep with the local ladies who seemed to be fascinated by her. — Photos: FATIN MOHD HUSNI

We may not be able to travel anytime soon, but we can always reminisce the good old days when we could holiday without a worry. We’d love to hear what made your trips so special. Your story – experiences, tips, advice – should be 700 to 800 words long in Word or Text format. Please attach some photos (1MB, captioned) in a separate email. There is no payment for submissions, and we reserve the right to edit all submissions. Email star2travel@thestar.com.my with the subject “Readers Share”.

“Are you Muslim or Christian?”

I turned around to see the woman who had asked me the question – she had a square face and pouty lips. Behind her were three other women, all middle-aged and with dark brown skin. The ends of their sarees were loosely draped over their chest, their bellies half exposed.

I had seen them entering the house. I was praying, and from the corner of my eye I could see them huddling in the living room, gawking at me and muttering some words. I thought they had come here to ask me where I was from. It seemed like I was the first foreigner to ever set foot in Thogarrai, so I presumed they must be curious.

Thogarrai is a small village in Karimnagar, one of the districts in Telangana state in India. It is located in the north-east of Hyderabad, the capital of Telangana, and a more well-known tourist destination.

Jagadeesh – a friend whose wedding was the real reason for my visit to south India – had told me not to be surprised by the state of his village. “It will be very remote. It will not be like the ones in Malaysia, ” he wrote.

For the most part, the village was a stretch of brown and green squares of padi and corn fields. Occasionally, groves of banana trees, some cattle and crops dotted the landscape. Houses in Thogarrai were what the Indians call “pucca”, traditional South Indian houses made of bricks, stones and cement. They were rectangular, flat-roofed and protruded from the ground.

The topography of the village looked like a film set of the Bollywood film, Swades.

The auto-rickshaw that Chitti and I took from Sultanabad dropped us in front of a dusty track that narrowly led to a small settlement. My arrival immediately caught the attention of a group of men in their 50s and 60s, all in white dhotis, congregating outside a mint green house. 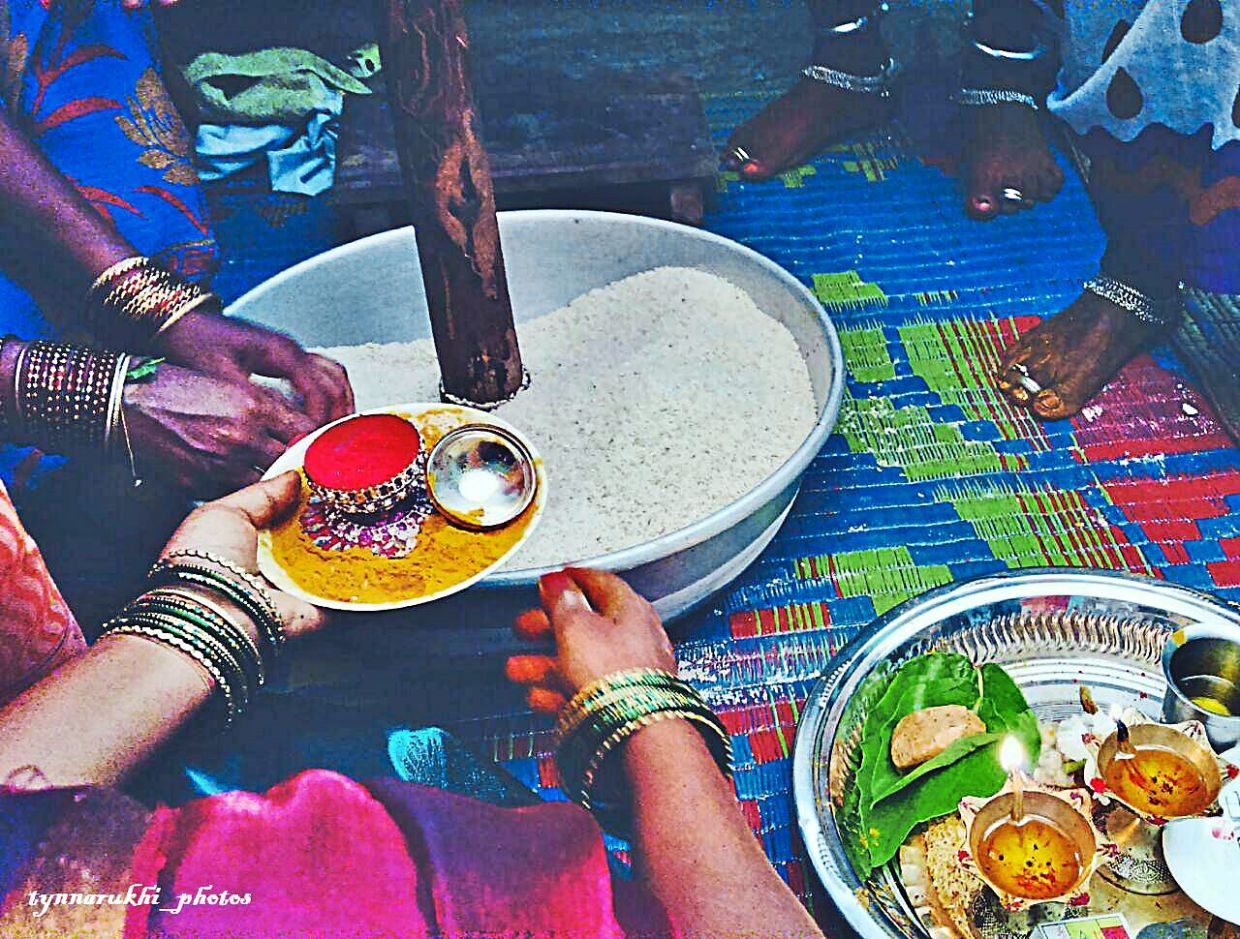 Chitti introduced me to her mother, Padma, a short, gawky lady. Her hair was black, her skin was the colour of chestnut. I asked for her permission to use the bathroom and pray in the living room, but she didn’t understand the word “pray”. I put my palms together, brought my hands in front of my chest and said, “puja” (pray/worship).

After I prayed, Chitti and I visited her neighbour, Jothi. She was one of the women who had come to see me that afternoon. Her house was just a stone’s throw away from Padma’s. There, I met the other women who were with Jothi earlier. One of them was Lata, while the lady with pouty lips was Vanitha.

When we left Jothi’s house, the afternoon warmth had ebbed. It was getting dark. Rooftops were silhouetted against the golden sky as the ball of red light slowly sank below the horizon. We walked to Jagadeesh’s house where his family was hosting a pre-wedding feast.

At the house, Jagadeesh’s sister-in-law welcomed me. She took a pinch of vermilion from a silver tray and pressed the red powder on my forehead, in between my eyebrows. I thanked her, and smiled.

I moved aside to give way for the crowd and that was when I felt a tap on my arm. I tilted my head and saw, sandwiched between two middle-aged women, a girl in a green dress. Her eyes were round and her eyelashes were long. I wanted to say “hi” but she spoke first, asking “Are you a Muslim?”

I stood awkwardly in the corner of the room until some women made space for me to sit on the floor. I folded my legs and tucked them to the side – the way Malaysian women would. Sitting across me was the girl, her legs crossed. She patted her knees, and said to me, “Here, we sit like this!”

I laughed. It’s interesting how etiquette varies across Asian cultures. My mum would have given me a disapproving look if she had seen me sitting cross-legged on the floor!

Jagadeesh’s sister-in-law appeared from the kitchen with some food. She placed a silver plate in front of me, scooped some rice, and poured a generous amount of lentil curry over it. A teenage girl in a purple dress came and sat next to me. “I’m Nene. Jagadeesh is my uncle, ” she said.

The groom’s blessing ritual was about to start. Jagadeesh’s sister ushered me to a room where I saw him sitting on the floor, looking pensive. A group of photographers had set up their equipment.

One woman was holding a silver tray containing rice grains. Then, two other women took turns to pound the grains. Turmeric powder was added to the rice and Telegu hymns were sung, bestowing blessings on to the grains that had now turned pale yellow.

The chanting, thumping of wooden mortar on silverware, clicking of cameras, jingling jewellery – all the rhythms reverberated between the walls. Within seconds, the small room was filled with more sounds and movements than it could contain. What an experience that was.

Telangana is a good place to visit in India if you are interested in divine tourism or faith tours, as there are lots of beautiful temples to check out all around the state, like the Sanghi Temple in Hyderabad and 14th century Dichpally Ramalayam in Nizamabad. There are beautiful mosques and churches too, like the Charminar, one of the most famous mosques in India.