Will the world’s tourists hubs remain empty this year? 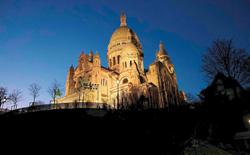 The coronavirus pandemic has brought the world’s top tourist draws – from the ruins of Machu Piccu in Peru to Thailand’s sandy beaches – to a standstill. Now tourism professionals and local authorities are hoping against hope for an economic recovery that will bring the punters back.

Here are some key examples.

Not so serenissima Venice

The Renaissance city of Venice on Italy’s northern Adriatic coast is almost entirely dependent on tourism.

The first nine months of 2020 saw a drop of 73.1% in foreign tourist arrivals, according to a study published by an employment consultancy in December. The overall decrease was 59.5%.

“Without the tourists, Venice has become a ghost town, a dead city like Pompeii, ” said Anna Bigai, president of the lagoon city’s tourist guide cooperative, who has led only around a dozen tours in the past year.

“There’s a feeling of sadness when you walk down the street.” A man taking a photo of a group of holidaymakers on a beach at Koh Lipe island in December.

Dim prospects in City of Lights

In Paris, 2020 was a disaster, with tourist numbers nosediving by two-thirds, translating into a loss of revenue estimated at 12.1 billion euros (RM58.7bil) compared with 2019.

“We are starting the year with activity halted for at least three months, maybe a lot longer, ” said Didier Arino, director of independent advisory group Protourisme, noting that the Paris region depends heavily not only on tourists but also on business travellers.

Some 80% of businesses bunched around the mountainous Inca citadel remain closed, with the local economy – heavily dependent on foreign tourists – at a standstill.

Local mayor Darwin Baca expects 2021 to be another bust, fearing that business will not return to normal until at least 2022, depending on the success of vaccination programmes.

The mood is also morose in Barcelona, one of Spain’s top tourist destinations, where hotel occupancy plunged from 8.5 million in 2019 to 1.8 million last year.

The few hotels still operating have repurposed into venues for teleworkers or have slashed their long-stay rates to compete with traditional rental accommodations.

Authorities in Thailand have turned to domestic tourism to keep the industry afloat, adding bank holidays and creating incentives for locals to travel. The policy has borne fruit in areas that are off the beaten track for international tourists such as in the north-east.

The Krungsri bank forecasts that the country will take two to three years to return to its pre-pandemic tourism levels, with tourism-linked employment and commercial activity expected to remain depressed.

Croatia’s medieval walled city of Dubrovnik, which saw an 85% plunge in visitors last year, is dreaming of a return to pre-pandemic levels.

“The outlook is good for now, ” said Ana Hrnic, head of the tourist office. “There’s a great desire to go back to ‘normal’ and we think that’s going to happen.” – AFP