You can go to an uninhabited neighbouring island with just one of these boats. — Photos: MARTIN LEWICKI/dpa

Thailand is an island paradise, but finding one that meets the seemingly contradictory criteria of having tourist-friendly infrastructure, but no huge crowds of tourists, can be a challenge.

Ko Lanta may well be that hard-to-find island: The feeling of being in paradise is at least guaranteed during a visit to the island’s Nui Bay, with fine sand and the crystal-clear water of the Andaman Sea.

All that’s here is one wooden beach bar on the water, and another on the nearby mountainside – that’s really it. It might be due to the fact that the beach is in the far south-western reaches of the island; most tourists aren’t willing to make the effort to leave the many beaches in the north, where most of the accommodations also are.

The most lively of them is Long Beach, all the way to the north. There’s endless opportunities to party, drink cocktails and eat at the multitude of restaurants – or be healthy and go for a beach jog.

Diving schools, shops, gyms and many hostels have sprung up around the beach. However, the one thing it’s lacking is some dreamy magic – that you can find a bit farther south, at aptly named Relax Beach. 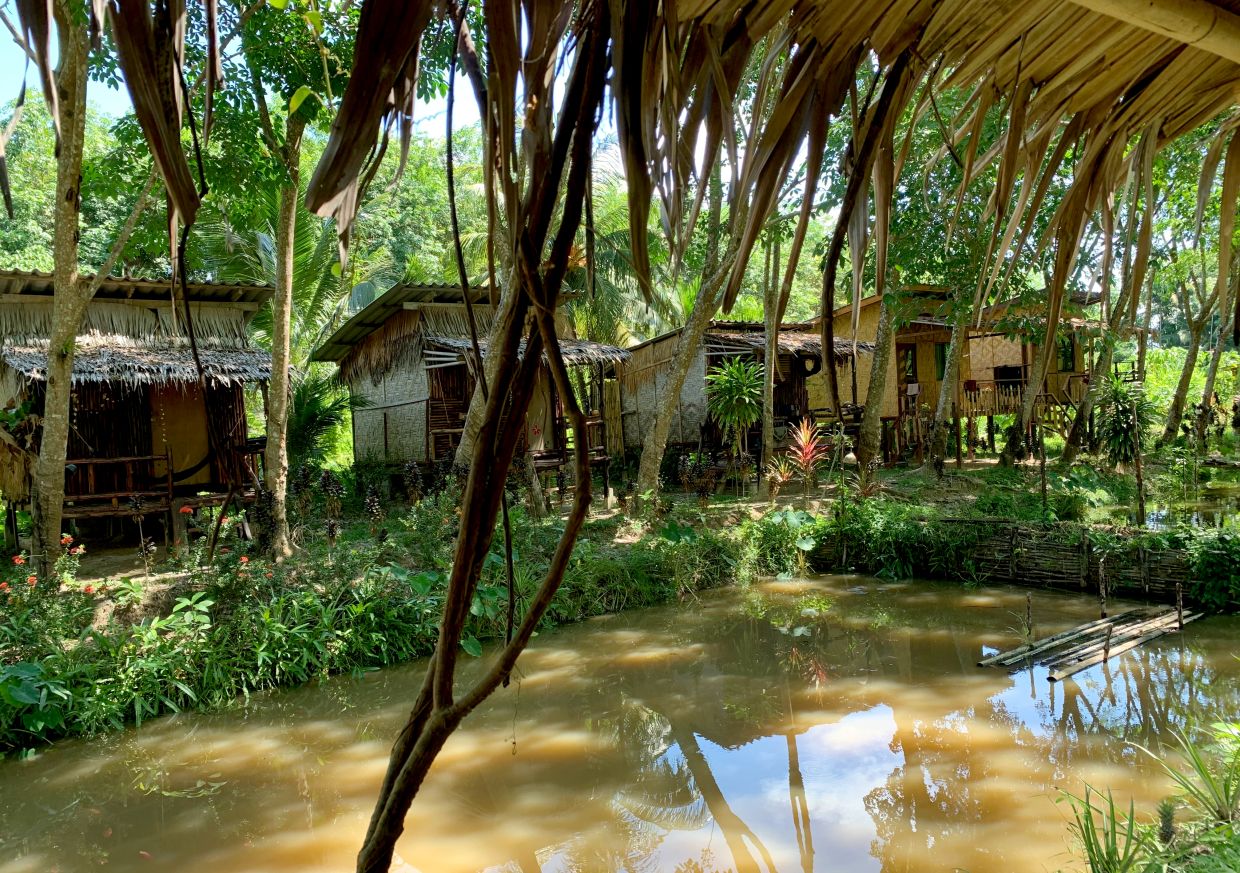 The Easylife Bungalow complex is exactly what the name suggests.

Visitors driving here for the first time have to manoeuvre a little through residential areas to find the Barracuda Bar. It’s worth it though, because as the name suggests, the restaurant sells fresh barracuda dishes daily, from the sweet-and-sour to the peppery.

The sunset at Relax Beach are more beautiful than anywhere else as well: It’s framed by fishing boats moored in a small bay to the right, while on the left rises a wild palm grove. The horizon turns yellow, orange and red at the same time, like the sky’s on fire.

Strictly speaking, Ko Lanta consists of two islands. The northern part, Lanta Noi, is connected to the southern Lanta Yai with a bridge. Most of the infrastructure on the island is in the south. Lanta Ya can be divided into a lively north and calmer south.

To enjoy the entire island, it’s a good idea to get a vehicle, preferably a moped. Even inexperienced riders will be able to get around Ko Lanta, as traffic, compared to Thai cities, is manageable.

With a moped, the island’s 25km-long street along the west coast is yours to explore. There’s the International Buddhist Meditation Center, a path to hike to a bat cave and picturesque waterfall right beyond Nui Bay, and the Old Town, with its traditional buildings. – dpa