The Muslim Quarter is a popular tourist hub with its variety of shops and restaurants. – CHESTER CHIN/The Star

The middle-aged merchant looked at me quizzically as if I had spoken an alien language. I took a deep breath, and tried to enunciate my words better.

“Too expensive,” I exclaimed slowly in broken Mandarin, while trying to explain that other shops offered a better price.

To be honest, I wasn’t entirely sure if I had articulated what I meant to say over the past 10 minutes. I was at the shopping district of the Muslim Quarter in Xi’an (home of the famous terracotta warriors) in China, trying to haggle over the price of a beautiful mug.

Despite being an ethnic Chinese Malaysian, I grew up speaking English, Malay and the Penang Hokkien dialect at home. I have never picked up Mandarin or Cantonese, which were more widely spoken in the Chinese community.

In Xi’an (and the rest of China, for that matter), my non-existent Mandarin proved to be a bane.

The sight of someone with distinctive Chinese features struggling with his Mandarin must have amused the merchant standing before me. He chuckled and with a very amused expression, agreed to my asking price. 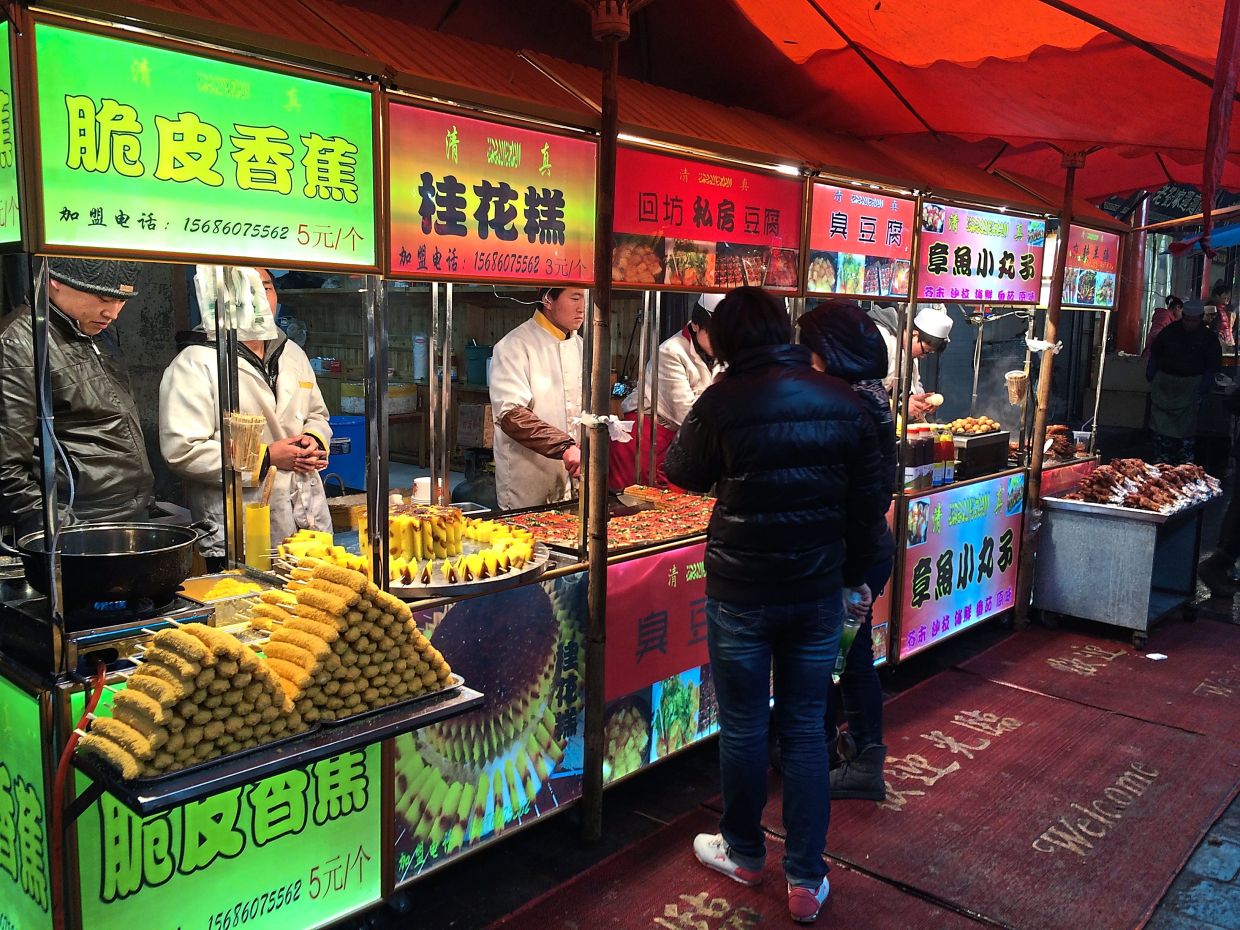 There are plenty of street snacks to choose from at the Muslim Quarter. – CHESTER CHIN/The Star

Feeling triumphant, I went on to explore more of the Muslim Quarter.

Located at the north of West Street in the city, the shopping district is the hub of the capital’s Muslim community and your best bet at souvenir shopping.

When I visited back in February 2014, wintry weather still enveloped most of the historical city. Below zero temperatures were a norm.

I did not let the frigid conditions deter my shopping as I wandered through the narrow and twisted street flanked by quaint shops.

Most of the items on sale here were marked up exorbitantly, my guide Cathy Liu explained.

“You have to haggle when you shop here. The vendors enjoy it and the price can usually go down as low as 80% of the initial asking price, ” she advised.

After my episode with the mug seller, I decided to take in the sights and sounds instead. Besides, I have never been much of a bargainer, preferring to shop at fixed-price shops instead (to the horror of my Hokkien mother).

Granted, the cacophony of the large crowd can be overwhelming. And visitors should also look out for pickpockets.

While I enjoyed the other attractions in the city – Shaanxi History Museum, Small Wild Goose Pagoda and Huaqing Hot Spring, just to name a few – my time at the Muslim Quarter had been the most memorable during my maiden trip to China.

Perhaps it was the irony of a Chinese boy being lost in translation in China. But then again, a little misadventure goes a long way!