One of the resorts in Lang Tengah. — Photos: MELODY L. GOH/The Star

Amid the coastal areas of Terengganu lie a handful of islands – nine, to be specific – that are popular with holidaymakers both local and international.

Pulau Redang and Pulau Perhentian are the most popular (and biggest) ones, while smaller islands like Pulau Gemia and Pulau Kapas attract mostly daytrippers. Somewhere in the middle of the marine park is Pulau Lang Tengah, a small, underrated island that’s perfect for all sorts of travellers, from families and solo backpackers to scuba divers and island hoppers.

The first thing you’ll notice about Lang Tengah is the colour of the water: a striking blue gradient. Starting from the beach, the shades run from turquoise, to navy blue all the way out towards the South China Sea horizon. On a clear, sunny day you can just stare out into the ocean and enjoy a peaceful time... or run out to the rocks to take hundreds of pictures. 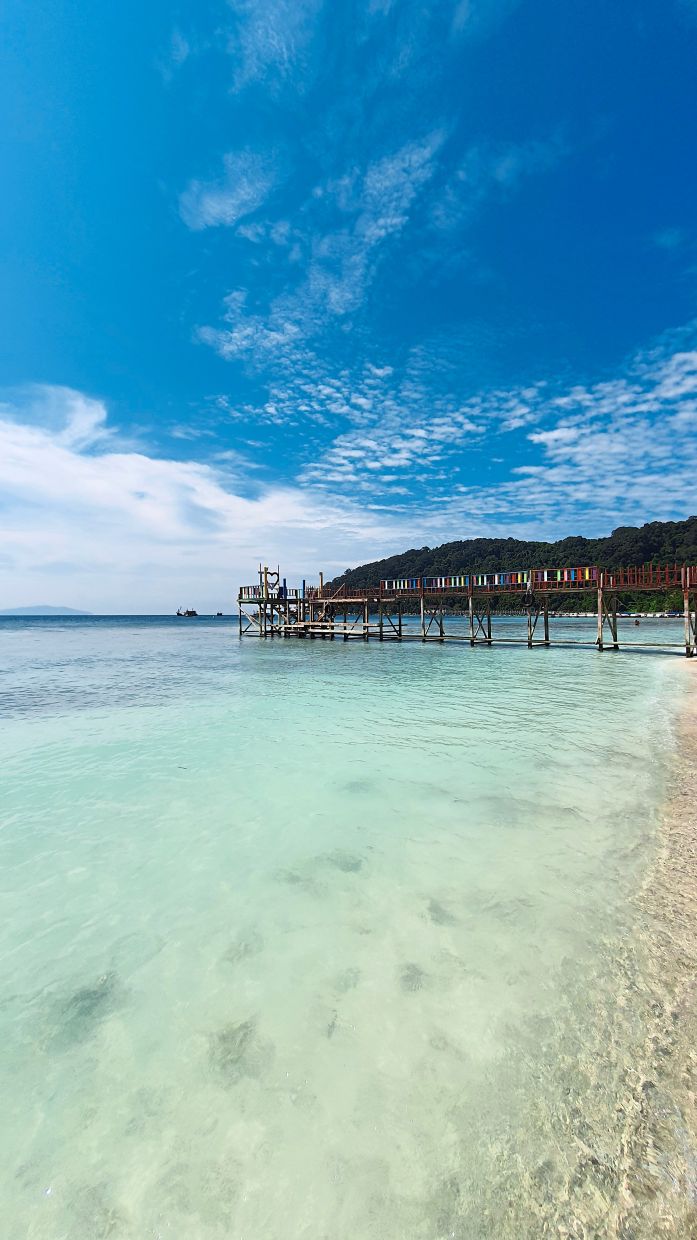 Lang Tengah is far enough from the mainland that you don’t get much debris in the water.That’s usually what most visitors to the island do; when they’re not soaking in the water or lying on the sunbeds on the white sandy beach, they go out to the many rock formations around the island to take pictures. Some of the resorts also provide giant-sized frames, beach swings and a multi-coloured bridge for guests to take iconic shots.

There are three resorts on the island, as well as a bare-bones campsite that manages the only stand-alone seafood restaurant around. Two of the resorts face the sunset, while the campsite and the third resort face the sunrise.

In the middle of all these is an eery-looking abandoned establishment. Formerly Lang Sari Resort (and before that, Square Point Resort), the place was left abandoned nearly one-and-a-half years ago, said a restaurant worker at one of the hotels, who wishes to remain anonymous. According to him, no one on the island knows for sure what had happened as all the staff took off in a span of a few days, leaving no explanation.

Walking through the resort – there’s an isolated path there that takes you from one side of the island to the other – you will get chills running down your spine. Ceiling fans, lights and air conditioners are left intact, though most are broken. Mattresses, bed frames, chairs and tables are turned upside down in the rooms, or just left in place to rot.

There are plants and even small trees growing inside a few of the rooms, while life jackets, cushions and curtains are strewn in the lawn and paths. There’s hardly any readable signage – the name of the resort in whatever signboard we could find had either been purposely scratched off or badly discoloured from sun exposure.

Smaller items like towels, kettles and kitchen utensils are long gone, but there are trash bags filled with stuff in some of the rooms. Our friendly confidante said that nobody came to take “the big things”, and he thinks it’s because it would cost a lot to transport everything back to the mainland. 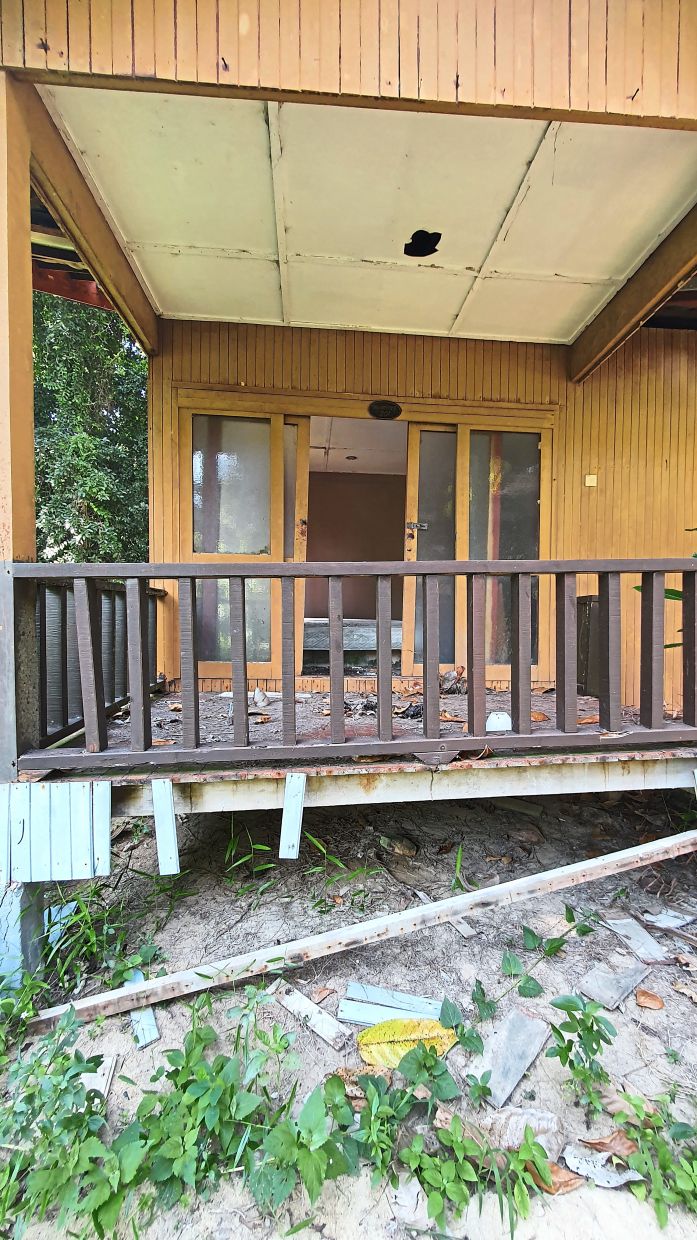 This old resort has been left abandoned for more than a year now.It’s an intriguing mystery, though the place is incredibly creepy. “I really don’t recommend you walk through there unless you are in a big group. Even those of us working here are not too happy when we have to walk that path, ” he said.

He was quick to assure us though that nothing bad has ever happened on the island.

“But you never know – the place could be haunted!”

If you’re not a fan of exploring abandoned hotels, head out to the sea for a spot of diving. Each resort offers a range of diving packages including beginner lessons and night dives. The marine life is excellent in these areas and the coral reefs are beautiful, too. At least, that’s what many seasoned divers have told us.

Snorkelling is another option here. You can tell that Lang Tengah has good spots for snorkelling as many daytrippers drop by for an hour or two to do just this. “There didn’t used to be so many, but I guess everyone is desperate to make more money now, ” our guide shared.

Like many folks working on the island, our guide is worried about his future. Peak island season in Terengganu starts from April, but many of the resorts were only able to fully start operating in June, after the recovery movement control order came into effect (June 10). Though the number of visitors to the islands has been very encouraging, some hotel and ferry operators say it is only just enough to stay afloat for the monsoon season, when resorts in the Terengganu coast temporarily shut from mid October to March.

This year, locals believe the monsoon season may begin sooner than expected.

“I’ve heard that some of the bigger resorts have decided to remain open during the monsoon. I guess that’s okay if you have a big ferry to bring guests in from the mainland, but the smaller boats definitely should not operate. It’s very dangerous. Plus, it rains from morning to night – what will you do here?” our guide shared. 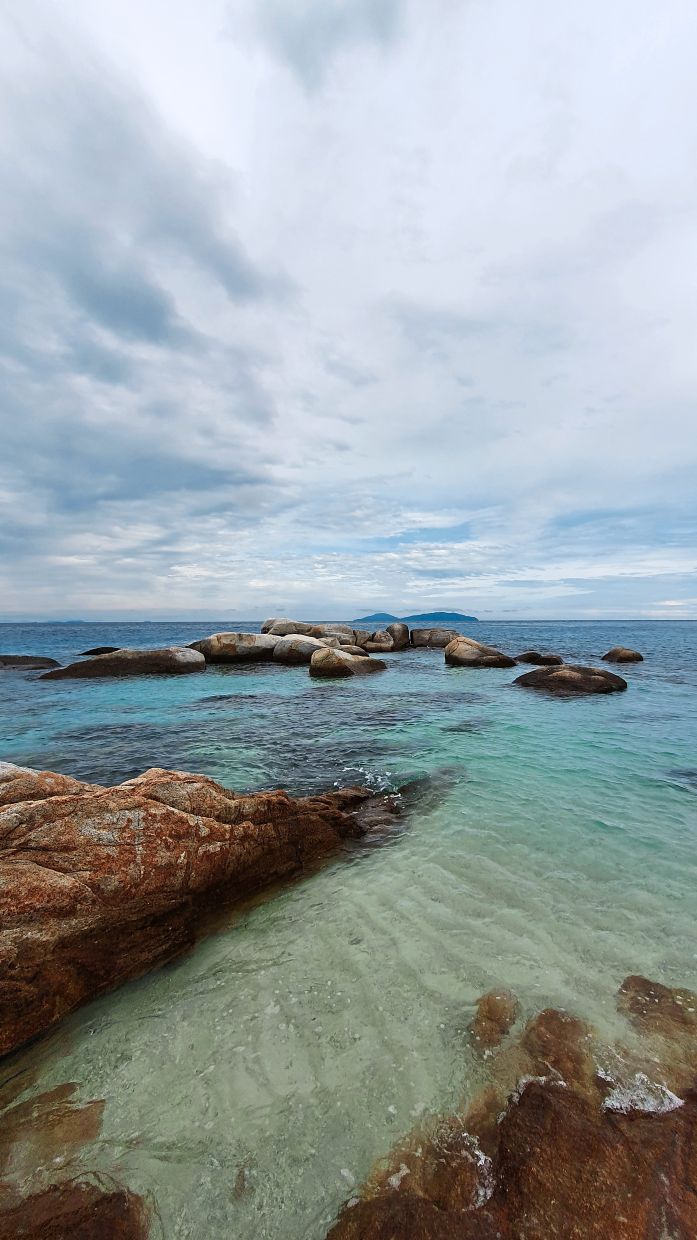 Some parts of the island are rocky, but there is enough space for swimming safely too.He recommends coming back next year to watch turtles nesting, which Lang Tengah is famous for. There are some nesting spots around the place but you have to be very lucky to find any turtle laying eggs!

If you want something more enriching, join the Lang Tengah Turtle Watch as a volunteer, which is based on the island. It is a conservation programme founded in 2013 which fields volunteers to save turtle eggs from poachers. This year, the volunteer programme is put on hold because of Covid-19.

Apart from turtles, there are also plenty of exotic fish swimming around, especially near the jetty. There were black-tipped baby sharks just milling about when we visited, as well as needlefish, parrot fish and what seemed like a million tiny fish (“ikan bilis!” an excited young boy shouted) swimming in circles.

One thing to remember when you’re out in the water: Do not feed or touch the fish, turtle or any other marine life. During our trip, we saw some people throwing bread – and worse, crackers! – into the water simply because they wanted the fish to come near them.

Recently, some folks on holiday in Redang posted on their social media pages that they had requested a boatman to “bring them a turtle” so that they can take pictures with it. The boatman complied and soon enough, numerous pictures of people taking selfies with turtles popped up. Conservationists, animal lovers and activists all voiced out their anger over this incident, but so far, authorities have yet to say or do anything.

There needs to be more effort to ensure that people learn how to holiday responsibly, so that Malaysia’s rich natural heritage remains intact for future generations.

How to get there

Travellers in Malaysia can already start to plan their visit to Lang Tengah next year. Book a flight to Kuala Terengganu and from there, take a taxi, an e-hailing ride or a private car to the Merang Jetty, which is about 40 minutes away. At the jetty, book your seat on one of the ferries (there are limited rides in a day) – Lang Tengah is a bumpy 45-minute boat ride away.

You can also make a road trip straight to the jetty; there are parking spaces near there which allows you to keep your vehicle for longer periods.

When will Malaysians be able to travel again? 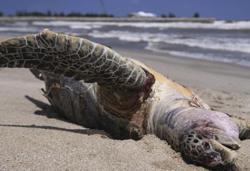 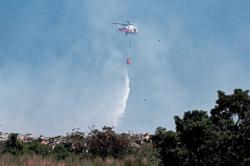 CNY food trip: Famous food Malaysians should eat in their hometown Premium
KL takes the crown from Penang as top CNY spot for Malaysians
6 road tips for a smooth journey back to your hometown for CNY
Havana: Meet the hotel in Cuba with a colourful past
Beautiful lakes in Afghanistan have been abandoned by tourists
Beijing Winter Olympics: Snow tourism booms in China
Qatar faces hotel shortage for World Cup 2022
Bhutan will reopen sacred Trans Bhutan Trail for the first time in 60 years
Penang, Muar, Langkawi win clean tourist cities award at Asean tourism forum
Retired Malaysian couple tours China on a motorcycle