The trouble with public toilets is partly an image problem – with people fearing that they are dirty, smelly and perhaps a little seedy sometimes too.

Now, Japan’s star architect Shigeru Ban has set out to fix all that with a revolutionary approach: making public toilets literally transparent.

The new structures are already on show in Shibuya, a trendy part of Tokyo.

When they are not locked, the toilets’ glass walls, in pretty pastel colours, are transparent, meaning the clean white toilets and sinks can be clearly seen by all. Once the doors are locked, however, the glass becomes opaque, thanks to smart walls powered by electricity.

The new structures are part of a project called the Tokyo Toilet, run by the Nippon Foundation and the hope is to make toilets a place of calm and quiet.

”There are two things we are concerned about when entering a public toilet, especially if it is in a park. The first is cleanliness, and the second is whether someone is inside, ” Ban writes on the project website.

He is one of 16 artists who support the project, including two other world-famous architects, Tadao Ando and Kengo Kuma.

What if there’s a power cut, though, you may wonder? Have no fear, the project managers assure you if the power fails, whatever happens, no one will be able to see inside. – dpa One of the funny (or offensive?) urinals at The d’Arenberg Cube in South Australia. — MELODY L. GOH/The StarThen, in 2013, the Singapore government and WTO worked on its first United Nations resolution called “Sanitation for All”, which, among others, called for the commemoration of World Toilet Day.

According to the UN, World Toilet Day is about “inspiring action to tackle the global sanitation crisis and help achieve Sustainable Development Goal 6, which promises sanitation for all by 2030”. Last year, the theme was “Leaving No One Behind”; there is no update on this year’s event yet.

If you’re interested in beautiful, amazing or quirky toilets around the world you can check out Toilets: A Spotter’s Guide by Lonely Planet (2016). There’s also a blog called Toilets All Around the World (https://toilet-guru.com/overview-intl.php) by “Toilet Guru” with quite an extensive list and pictures of... toilets from around the world. Be warned though, they are not all pretty – or clean – toilets.

You can also go on a virtual tour of the Sulabh International Museum of Toilets (https://www.sulabhtoiletmuseum.org/), where you can see rare collections of toilets throughout the years, from as far back at 2,500BC! The real museum is located in New Delhi, India but it is currently closed to all visitors.

More recently, travel guide Atlas Obscura crowned a public restroom in Norway, “the world’s most beautiful public toilet”. The toilet is in the Uredd Rest Area or Ureddplassen, located along the Norwegian Scenic Route in Gildeskal. The rest stop used to be a popular place for locals and tourists to witness the Northern Lights in winter, so it was only a matter of time before it got an upgrade. The toilet itself has a minimalist design and made from concrete, with frosted glass panes. There is also a World War II memorial at Ureddplassen, which commemorates a submarine (called Uredd) that sank during the war.

Personally, the weirdest (though interesting) toilet I have ever come across is at The d’Arenberg Cube in South Australia. The urinals in the men’s lavatory were shaped like clown heads – you pee into the mouth! – Melody L. Goh 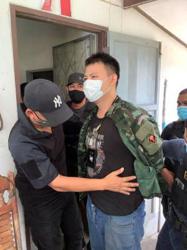 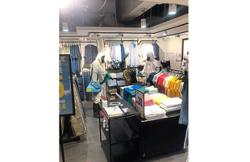 Malaysia's 'classic' halal food to attract post-pandemic Muslim tourists
Phuket prepares for vaccinated tourists
Cruises to begin in US with voyages in July and August
Malaysia Airlines ASMR clip will make you miss flying and KLIA announcements
Vaccinated people are booking vacations already, when can Malaysians do so too?
Malaysian hiker shares the joy of hiking in Bukit Kiara before MCO
You can buy Scotland’s most remote pub for RM2.47mil
Does fugu sperm wine help men be 'stronger' and celebrate Father's Day?
8 most beautiful buildings you have to see to believe in a post-pandemic future Premium
Malaysian hiker goes to great heights in Everest before 40th birthday