Danish traveller Torbjørn C. Pedersen, also known as “Thor”, embarked on the Once Upon A Saga travel project in 2013. — Photos: TORBJøRN C. PEDERSEN

Seasoned Danish traveller Torbjørn C. Pedersen has always wanted to travel all over the world. But here’s the twist: The man doesn’t just want to visit every country on the map, he wants to do it without taking a single flight.

And so, Pedersen, also known as “Thor”, embarked on the Once Upon A Saga travel project in 2013.

“The project is of historical character as nobody has ever reached every country completely without flying. I also aim to stick to my goal and through that, inspire and motivate others to reach theirs.

“It’s a highly ambitious and complex project, ” the 41-year-old offers in an email interview from Hong Kong.

With the rise of sustainable tourism, one does wonder if his elimination of air travel has something to do with carbon footprint. Pedersen has a more straightforward response. “It has never been done before. It also adds to the sense of adventure, ” he offers.

Pedersen, however, says that he wants to spread some much needed positivity around the world.

“As a goodwill ambassador of the Danish Red Cross I have met with the humanitarian movement in 189 countries already and have sought to promote the work and invite people to make donations and volunteer or get involved in other ways.

“I also seek to promote every country as positively as I can but from a normal, less filtered perspective. And I try my best to show people that the world is much more peaceful and ordinary than perceived by most, ” he explains. Like everyone around the world, Pedersen too has been impacted by the coronavirus crisis. In his case, he has been stranded in Hong Kong since late January this year.

Prior to his solo journey, Pedersen had a 12-year career within the shipping and logistics sector. He worked in places such as Libya, Bangladesh, Kazakhstan, Azerbaijan, the Arctic Circle and Greenland.

After saving up enough money, he decided to leave his job to pursue his travel dreams.

The Once Upon A Saga project took about 10 months to prepare. Pedersen plans a daily budget of US$20 (RM86.90) to cover expenses for transport, meals, accommodation and visa fees.

But with air travel out of the question, how exactly does one travel around the world?

“I have been privileged to board fishing boats, trawlers, cargo vessels and container ships, ” he shares. 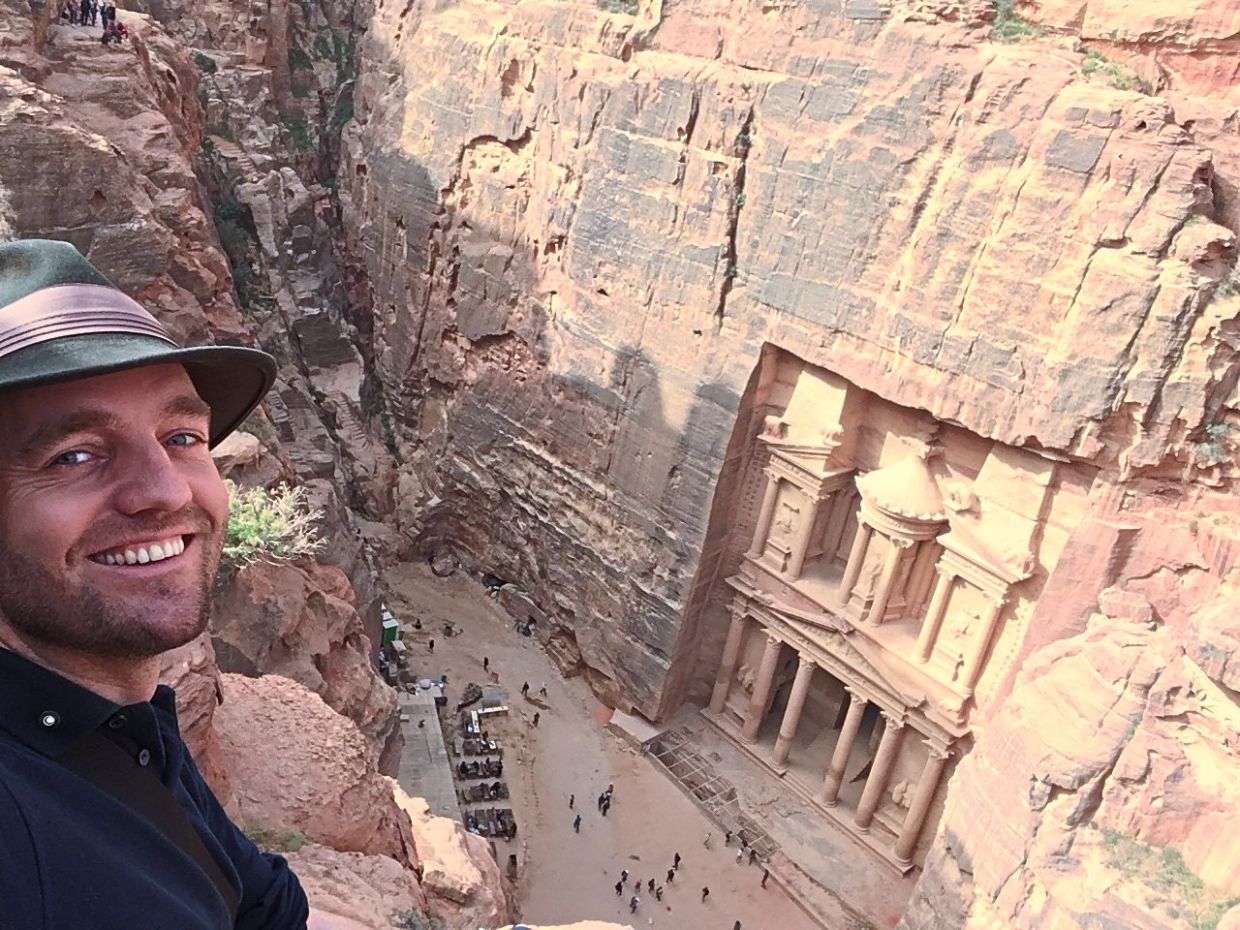 Pedersen plans a daily budget of US$20 (RM86.90) to cover expenses for transport, meals, accommodation and visa fees.

To keep his transport costs low, Pedersen relies on public transportation whenever he is in a new city or town.

“Wherever there are people there will always be transport. People need to go to school, work or the market.

“So I join in on the various forms of public transportation which are commonly buses, shared taxis, trains and ferries, ” he says.

The original plan was to complete his seven-year sojourn around the world and return home to Denmark by October this year.

Unfortunately, his travel mission has been derailed by the Covid-19 pandemic.

Like everyone around the world, Pedersen too has been impacted by the coronavirus crisis.

In his case, he has been stranded in Hong Kong since late January this year. 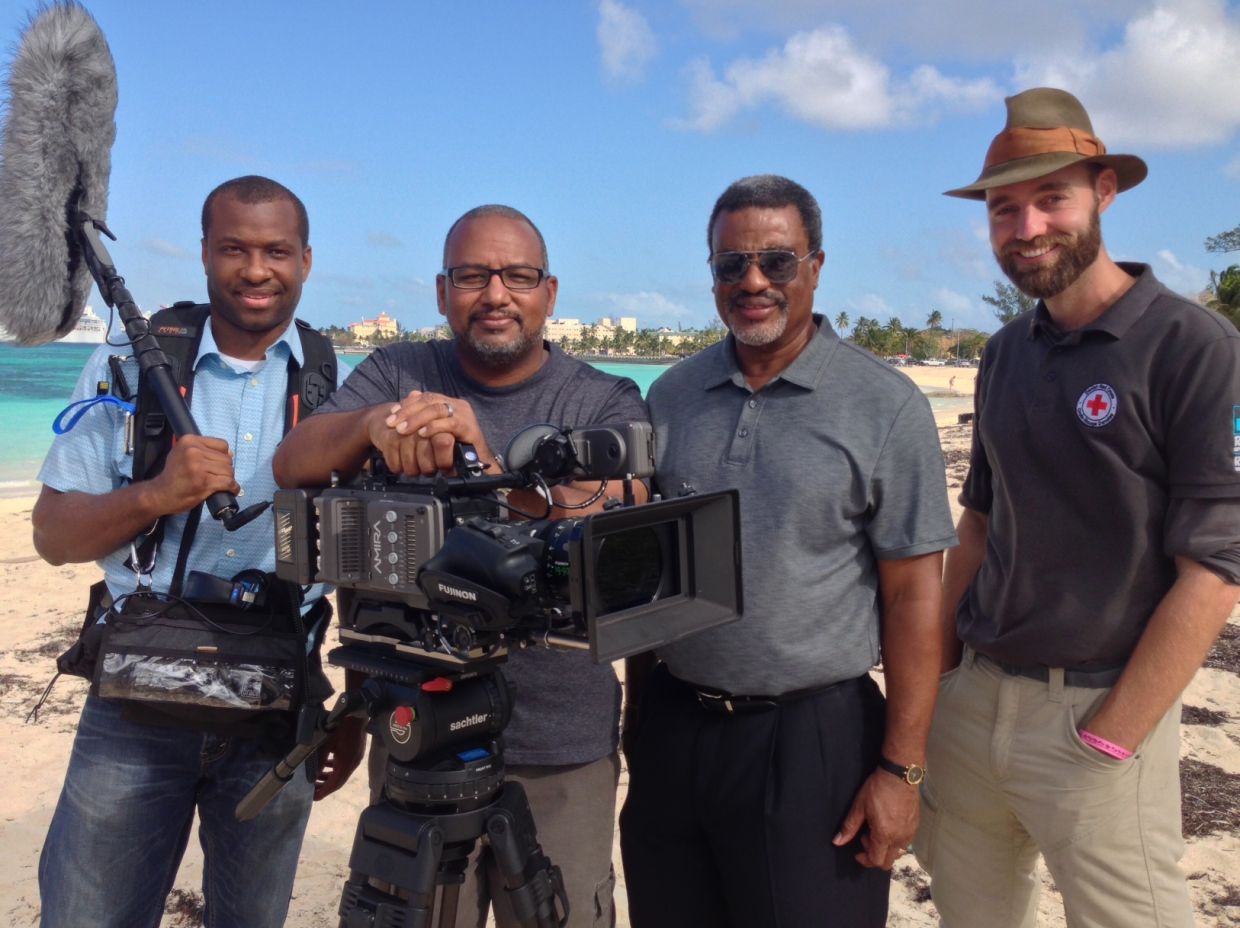 Pedersen adds that he has been able to come this far on his journey thanks to the kindness of the global community.

“While I’m stuck due to Covid-19, I’m fortunate to be stuck in Hong Kong and not on a ship or a tiny island somewhere, ” he says.

The man hasn’t been idle too. Apart from exploring the city and hiking beautiful nature trails, he is also working closely with the community on social projects.

“I’ve been promoting the Red Cross, ” he says, adding that he also shares his experiences with schools via video calls.

During this time, Pedersen is carefully charting his path forward by contacting the relevant authorities.

“I do worry that new regulations may complicate reaching the final nine countries which are all island nations. In the worst case scenario, it will get more difficult to board container ships and deal with immigration, ” he says.

As of now, Pedersen says “each day is uncertain”, but he chooses to remain optimistic.

“However most believe in a brighter future and it’s not unlikely that I’ll be able to reach a new country within the next few months.

“I have a lot of support from my financial sponsors as well as from many shipping companies. So I believe in holding out a little longer to see what happens, ” he says.

Pedersen adds that he has been able to come this far on his journey thanks to the kindness of the global community.

“There isn’t a single country I cannot say something good about. I’m grateful to everyone who has ever supported me and I’ll do my very best to reach the final nine countries, ” he says.

That said, Pedersen says it’s still possible to plan for an all-around-the-world adventure in the time of Covid-19.

“I think the world will bounce back. There may be some changes to travel such as temperature checks, paperwork and extra sanitisation.

“But generally, the world is highly capitalistic and driven by money. The airplanes and hotels are still out there and require people to travel.

“The Pyramids of Giza, Stonehenge, Grand Canyon, Great Wall of China, Salt Flats of Bolivia, Great Zimbabwe, Uluru and many other magnificent sights have stood the sands of time and will continue to lure new visitors to travel, ” he concludes.